Yellowstone Season 5 Part 2: When It Returns, Latest Teaser, and Everything Else to Know

It's going to be a long wait for more Yellowstone

Yellowstone has been watching too much Netflix. For the first time in its run, the popular Paramount Network neo-Western split up one of its seasons into two halves, with the first half airing in late 2022 (and the first day of 2023), and Yellowstone Season 5 Part 2 coming later this year. The good news is that for dealing with that extra wait, we're getting the most episodes in a season of Yellowstone yet: 14.

And we'll need 'em! With just six episodes to go in Yellowstone Season 5, we have a lot of unfinished business. Civil war has broken out among the Duttons, with Jamie (Wes Bentley) and Beth (Kelly Reilly) at each others' throats, John (Kevin Costner) at risk of being impeached, and a devastating illness spreading through Montana wildlife and endangering the Duttons' cattle. Below we'll go through what we know about Season 5 Part 2, including the release date, trailer, and recaps of the first part of the season to set you up for what's to come.

Yellowstone Stars Discuss Life With John As The Governor

When Does Yellowstone Return?

There's no specific date set yet, but Paramount Network has announced that the Duttons will be back with 6 more Season 5 episodes in Summer 2023. (Can you believe it's 2023 already?!) Yellowstone was originally a summer show, and until Season 4, seasons premiered in June. Perhaps this is a return to form for the popular series.

Paramount did release a teaser for the back half of the season, but you may notice that it contains no new footage. That's because it hasn't been filmed yet. Piper Perabo told TV Guide in mid-December that she had no idea what was coming after episode eight, meaning shooting for episode nine has not yet begun.

Need to catch up on the recent episodes? Read our full recaps and cast interviews for the latest Season 5 episodes.

After four seasons of manipulation, scheming, and fighting for power against the backdrop Montana's relatively untouched beauty, new governor John Dutton is now calling the shots, with Beth (Kelly Reilly) running the show behind him. His intentions are clear in the two-part premiere of Season 5. The ranch hands have not changed their ways, despite John's new gig, which makes for some of the best scenes in these premiere episodes. Read the full review here:

Yellowstone Season 5 Premiere Review: John Dutton May Be Governor, But the Ranch Remains the Same

The whole bunkhouse is also back, including Forrie J. Smith, Denim Richards, Ian Bohen, Ryan Bingham, and Jen Landon as Teeter, who has been promoted to series regular.

Before the season premiered, it was announced that Kathryn Kelly, who plays Jimmy's fiancée, Emily, has also been promoted to series regular and returns with Jefferson White as Jimmy. So far, they've only appeared in the midseason finale and are happily living and working at the Four Sixes Ranch in Texas.

The back half of the season is also likely to feature more Orli Gottesman as Halie, a young, confident girl drawn to Carter. So far, we've only seen her at the county fair and briefly in the midseason finale. "In Season 5, Halie becomes that person who gives Carter the chance to come out of his shell and to teach him not only about himself, but he finds himself always wanting Halie to be around," goes her character description. "Halie comes along and now there is someone who can fit that mold and be there for him."

The Yellowstone Universe Explained: Every Show, How to Watch, Dutton Family Tree, and More

Yellowstone Season 5 picked up after the bloody events of the Season 4 finale; Beth (Kelly Reilly), who we all know is the real brains behind every operation on the Yellowstone-Dutton Ranch, manipulated her adopted brother Jamie (Wes Bentley) into killing his biological father, Garrett (Will Patton). After it was revealed that Garrett was the one who ordered the attempted hits on John, Beth, and Kayce (Luke Grimes) back in Season 3, Beth figured he had it coming. She also made sure to hang onto the evidence, so now she's got Jamie under her thumb and out of the governor's race, clearing the way for their father to be the only Dutton running for office. She also just got hitched to Rip Wheeler (Cole Hauser) and watched her father's new, confusing vegan special friend (Piper Perabo) head off to jail, so basically, it's Beth's world and everyone else is just living in it.

Complicating Beth's quest for world/Montana domination is the fact that Kayce has been on a heck of a spiritual journey that showed him a vision of two paths. At least one of those paths, as he told Monica (Kelsey Asbille), would result in "the end of us." Whatever that means, it can't be good. 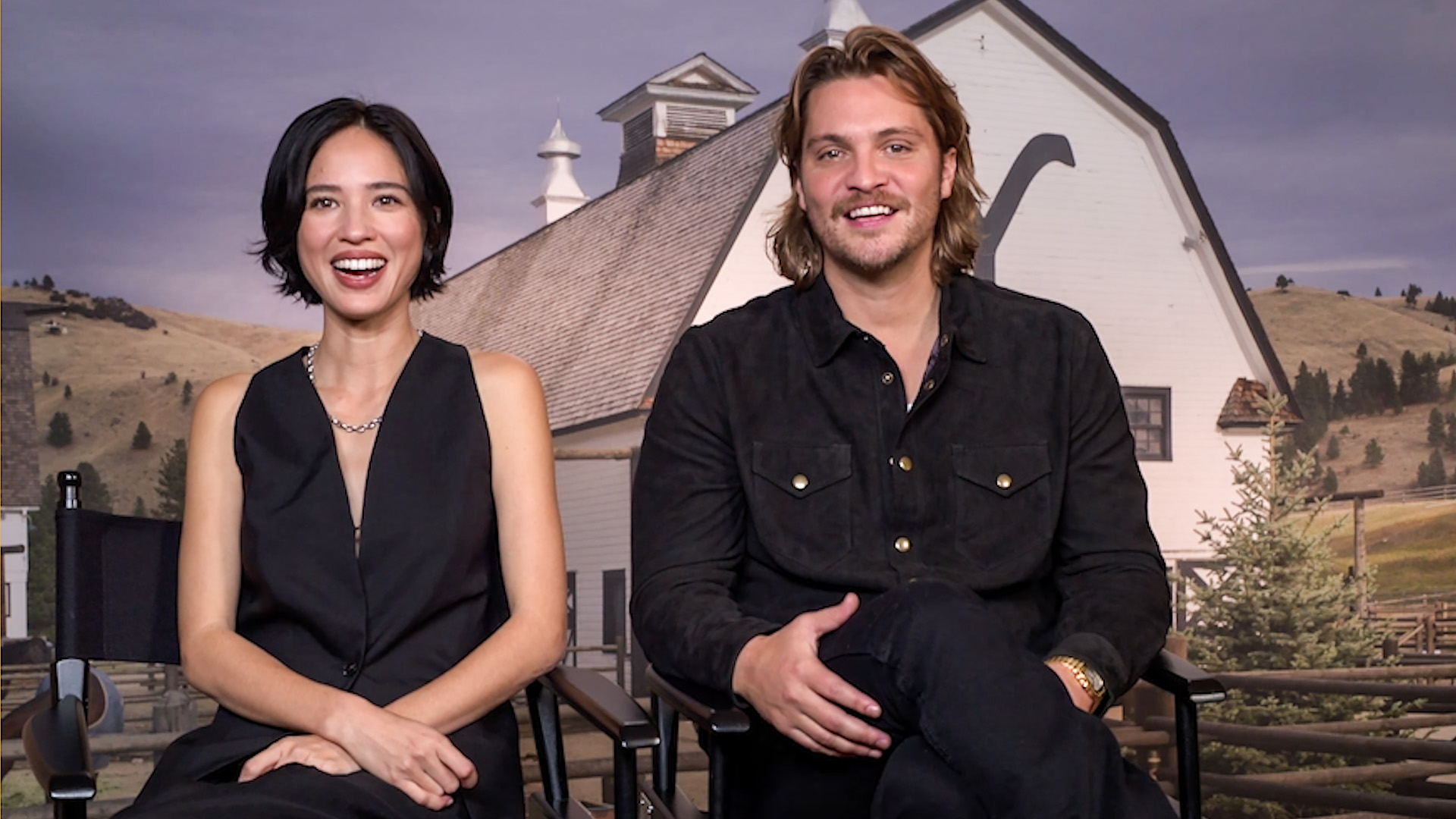 Yellowstone is no longer alone in the world of Taylor Sheridan shows about ranchers. One prequel miniseries, 1883, aired on Paramount+ late last year, and revealed the origin story of the Dutton family arriving in Montana. The series starred Isabel May as the brave and adventurous teenager Elsa, elder sister to John Dutton's great-grandfather, John Sr., and Tim McGraw as her father, James. An 1883 spin-off called 1883: The Bass Reeves Story will star David Oyelowo as Reeves, the legendary first Black U.S. Marshal west of the Mississippi. He was a former enslaved person who arrested over 3,000 criminals.

A second Yellowstone prequel, titled 1923, premiered in December. It picks up 40 years after 1883 with the next generation of Duttons tending to their ranch during the aftermath of World War I and the start of Prohibition. It stars Harrison Ford and Helen Mirren as Jacob and Cara Dutton, the brother and sister-in-law to Tim McGraw's James Dutton from 1883.The premiere of 1923 also revealed some hidden secrets about the Dutton family tree.

Sheridan is also writing a Yellowstone spin-off called 6666, which takes place at the real historic Four Sixes ranch in Texas (which Sheridan owns) and tells the story of how the ranch has continued to operate in the same way today as it did over a century ago. That spin-off will air on Paramount Network, along with the original show.

At the 2022 Oscars Red Carpet, Yellowstone star Kevin Costner said he has "no doubt there'll be more spin-offs." "I didn't even know about the spin-offs that were coming," he added. "I just kind of do my thing, hit my marks, and go, 'Wow, this thing is really going well.'" Going well indeed.

If you think you're a fan of Yellowstone but want to become a super fan, then check out TV Guide's compilation of 30 (and counting) fun facts and behind-the-scenes secrets about the show, including how you can visit the real Dutton ranch and what it takes to be a cowboy on a Taylor Sheridan show.

How to watch Yellowstone

Yellowstone Seasons 1-4 are streaming on Peacock. Season 5 airs on the Paramount Network. Here are more ways to watch Yellowstone.