And the Duttons prepare for an urgent cattle-branding trip

[Warning: The following contains spoilers for the Yellowstone Season 5 Episode 5, "Watch 'Em Ride Away" Read at your on risk!]

Well, as it turns out, "one big happy family, and an assistant, and a hooker" make for maybe the best episode of Yellowstone ever. Nobody got murdered or tortured or revenged upon in "Watch 'Em Ride Away," and nobody even rode away until the very end, but sometimes all you need is a vegan and a bunch of carnivores sitting down to dinner together to make a hilarious, moving, focused episode of television that reminds you why you like this show in the first place. One draw of Yellowstone may be the sweeping views and cowboy shenanigans, but at its heart, it's a family drama, which is what this episode gave us. And the Duttons sure do have a lot of drama—perhaps even more than usual, now that their patriarch is the governor.

Speaking of the governor job, John (Kevin Costner) continues to hate everything about it. He just wants to be a cowboy again, and luckily one of the benefits of being governor is the fact that he can sometimes just say that he's gotta do some cowboying. In this case, he wants to go on a gather, which is a days-long ride across Montana to brand cattle. You don't really have to understand why they're doing this to get that it's a real roughin' it kind of trip, with little food or comfortable sleep. Does it seem to a non-cowboy like we should be past this kind of requirement for cowboying thanks to modern technology? Yes. But John Dutton wants to cowboy, and so cowboy he shall, along with his entire family. 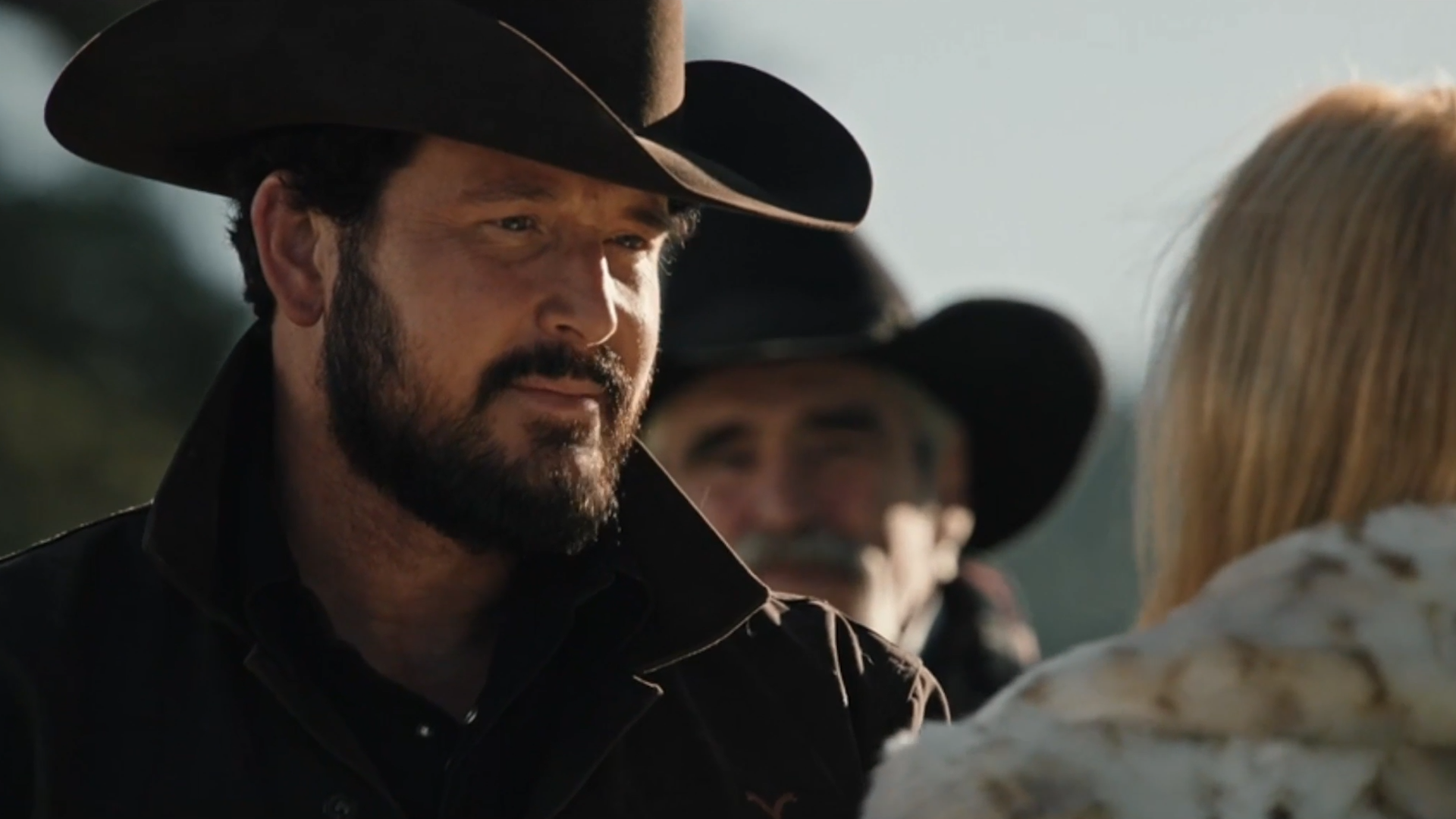 Monica (Kelsey Asbille) convinced a grieving Kayce (Luke Grimes) to take Tate (Brecken Merrill). Beth (Kelly Reilly) made Rip (Cole Hauser) beg her to go along even though she actually wanted to go anyway, and they brought Carter (Finn Little). John's assistant Clara (Lilli Kay) came to hold the all-important satellite phone, and she seemed kind of excited. Only Monica stayed behind, alongside John's house arrest guest Summer Higgins (Piper Perabo), who was thrilled to have her sentence commuted but not so thrilled to be staying in a house full of animal murderers.

All of "Watch 'Em Ride Away" was spent preparing for the trip, and that preparation included a big family dinner that John wanted everyone to attend, including non-family like Clara and Summer. Clara simply sat back and watched, but Summer went all in on the fact that Gator (Gator Guilbeau) was only serving approximately 47 different meats, including four doves (the bird of peace?!). Poor Gator then found himself stuck in the middle of a stand-off between Summer and Beth that eventually escalated to the two women beating each other up on the lawn. Rip had to go out and mediate, and it all ended with almost a peace between them.

The Yellowstone Universe: Every Show, How to Watch, Dutton Family Tree, and More

It was this lengthy dinner scene that made me actually laugh out loud, similarly to how it sent Monica into a fit of giggles. It was just perfectly ridiculous. Summer could not have been more of a jerk about her veganism, but it's not like she was wrong. Why is this family only eating meat? Who eats doves? Does Gator not know how to make any other foods? No potatoes? Not a single green? Does anyone in the Dutton family have a functioning digestive system?! But Beth was also correct about the fact that Summer was repaying John's extensive kindness by bitching about his entire existence, and no one in this family was going to respect her veganism if she couldn't respect their meat-eating. Everybody's right and everybody's wrong here, but it's very possible that Summer and Beth walked away from that dinner/wrestling match with a new understanding of each other that could be very dangerous for anyone who decides to cross either of them in the future.

The next morning, everyone got up real early to head out. Monica and Summer watched after them, with tears streaming down Monica's face. Now I don't tend to root for death and destruction, but based on both the build up for this trip and the trailer for the next episode, it would be both a shock and a bore if everybody returns from the gather in one piece. For Monica's sake, though, let's keep Kayce and Tate safe please.

Oh, and as for Jamie (Wes Bentley)? He's still being manipulated/seduced by Sarah (Dawn Olivieri), and as John told Clara, Kayce is his only son. Burn.

Yellowstone continues Sundays at 8/7c on Paramount Network. Seasons 1-4 are now available to stream on Peacock.