True Blood's Final Season: Where Were We and What's Next?

Goodbyes suck! True Blood returns for its seventh and final season Sunday (9/8c, HBO) and picks up just moments after most of the townspeople of Bon Temps gathered in support of the "One Vampire-One Human" movement that paired people up in exchange for clean blood and protection. But a horde of Hep-V-infected vamps were about to close in and surely cause chaos in the little backwoods parish. Sadly, you shouldn't expect everyone to survive the inevitable clash. It is the final season, after all! So, what's in store for Sookie &amp; Co. before the HBO fantasy drama meets its true death? TVGuide.com offers up this quick refresher on where we left off and a juicy tease about what to expect in the final season:

True Bloodreturns for its seventh and final season Sunday (9/8c, HBO) and picks up just moments after most of the townspeople of Bon Temps gathered in support of the "One Vampire-One Human" movement that paired people up in exchange for clean blood and protection. But a horde of Hep-V-infected vamps were about to close in and surely cause chaos in the little backwoods parish. Sadly, you shouldn't expect everyone to survive the inevitable clash. It is the final season, after all!

So, what's in store for Sookie & Co. before the HBO fantasy drama meets its true death? TVGuide.com offers up this quick refresher on where we left off and a juicy tease about what to expect in the final season:

Sookie Stackhouse (Anna Paquin)
Where Were We? After Sookie is saved from fae-vampire hybrid Warlow (RobKazinsky), a six-month time jump reveals that she's now dating Alcide.
What's Next?
The couple is still going strong, but trust issues start to develop... perhaps for good reason! When Sookie begins to hide part of her life from Alcide, another man is definitely involved. Could it be one of her old flames?

Bill Compton (Stephen Moyer)
Where Were We? Billith's magical vampire powers disappeared and he's now a bestselling author thanks to his book about the Governor's invention of Hep-V.
What's Next?
The conflict with the Hep-V vamps forces Bill to allign with yet another distrustful human. Also expect to get another look into his pre-vamp past.

Eric Northman (Alexander Skarsgard)
Where Were We? Eric released his powers over his progeny Pam, but also sired a new vamp, Willa (Amelia Rose Blaire). Also, when Warlow died, the power to walk in the sun stopped working at the most inopportune time for Eric, who was sunbathing nude atop a Swedish mountain.
What's Next?
Eric is MIA when friends seek him out, but he has a huge secret he's hiding. Also, expect to see him and a familiar face get hot and heavy for a mind-blowing romp in the sack.

Sam Merlotte (Sam Trammell)
Where Were We? After knocking up his activist girlfriend Nicole (JurneeSmollett-Bell), Sam gives the bar to Arlene and is elected mayor of Bon Temps.
What's Next?
The townsfolk look to their mayor for answers when the going gets tough, but the shifter will be torn between his responsibilities to his constituents and girlfriend. Also, has someone discovered Sam's supernatural secret?

Jason Stackhouse (Ryan Kwanten)
Where Were We? Jason helped to kill Warlow and also has a new vamp girlfriend Violet  (Karolina Wydra), whom he met in the internment camp. Problem is, she's incredibly jealous ... and doesn't exactly reciprocate in the sack.
What's Next?
PoorJason's sexual frustrations will reach a boiling point, but he'll get a little distraction from his duties as a cop. Also expect to see him exhibit a deliciously surprising skill that will aid a vital investigation.

Tara Thornton (Rutina Wesley)
Where Were We? Free of the vampire internment camp — which she entered with Eric to save her maker Pam — Tara reconciled with her mother Lettie Mae (Adina Porter) in a bid to protect her.
What's Next?
"For Tara, we're going to see whether or not she can really forgive her mother and if they can work out their issues that they have," Wesley says.

Pam De Beaufort (Kristin Bauer van Straten)
Where Were We? After being set free from the vampire internment camp, Pam went in search of her maker Eric, who quickly disappeared after gaining the ability to walk in the sun.
What's Next?
Pam's quest for Eric will take her far and wide, and woe to those who get in her way! But without a dedicated source of clean blood, her explorations could be derailed before she even gets close.

Alcide Herveaux (Joe Manganiello)
Where Were We? After severing ties with his pack, the werewolf is now happily dating Sookie.
What's Next?
Since Sookie never paired up with a vamp for protection, Alcide takes it upon himself to keep her safe... but only if he can keep an eye on her!

Lafayette Reynolds (Nelsan Ellis)
Where Were We? He was entrusted to basically fill Arlene in on the truth that Terry (Todd Lowe) had himself killed and left her a big insurance payout. He's now working at Bellefleur's (formerly known as Merlotte's).
What's Next?
Lafayette will be tested emotionally, but fortunately he'll make an attractive new friend who will give him perspective. With all the chaos going on with the Hep-V vamps, his skills as a medium could be called into play.

Jessica Hamby (Deborah Ann Woll)
Where Were We? Repenting for killing Andy's three other faerie daughters, Jessica pledged to protect the surviving daughter Adilyn from the Hep-V vampires. She also snagged herself a cute vamp boyfriend, James (Nathan Parsons).
What's Next? Jessica is unwavering in her resolve to atone. Woll tells TVGuide.com, "There's a lot of guilt she's got to get over, and I think she's going to try whatever she can to make it up to Andy and Adilyn."

Andy Bellefleur (Chris Bauer)
Where Were We? The sheriff was saddled with four fast-growing faerie children, three of whom were killed by Jessica. (Those fae are just irresistibly yummy!) On the plus side, he struck up a relationship with Holly (Lauren Bowles).
What's Next?
"Going into this season, Andy's scared," Bauer says. "He's stretched beyond his limits, and he is not going to go about solving his problems the same way. He's willing to work with others." As for his love life, Bowles adds, "There's almost no time for personal dynamics when you're really literally running for your life when there's sort of Armageddon around you. It really helped to solidify anything that may have been a complication."

Arlene Fowler (Carrie Preston)
Where Were We? She learned that her husband Terry had himself killed, but at least he left behind a hefty insurance policy, allowing her to buy Merlotte's and turn it into Bellefleur's.
What's Next?
"It's pretty terrifying, and Arlene gets thrown into quite a perilous circumstance that is scary," Preston says. "But Arlene is the strongest one in the room, no matter where she is or what's going on, so she definitely draws on that strength."

What do you want to see in the final season? Who should live? Who will probably die?

Get more scoop on the new season in Watch This Tonight: 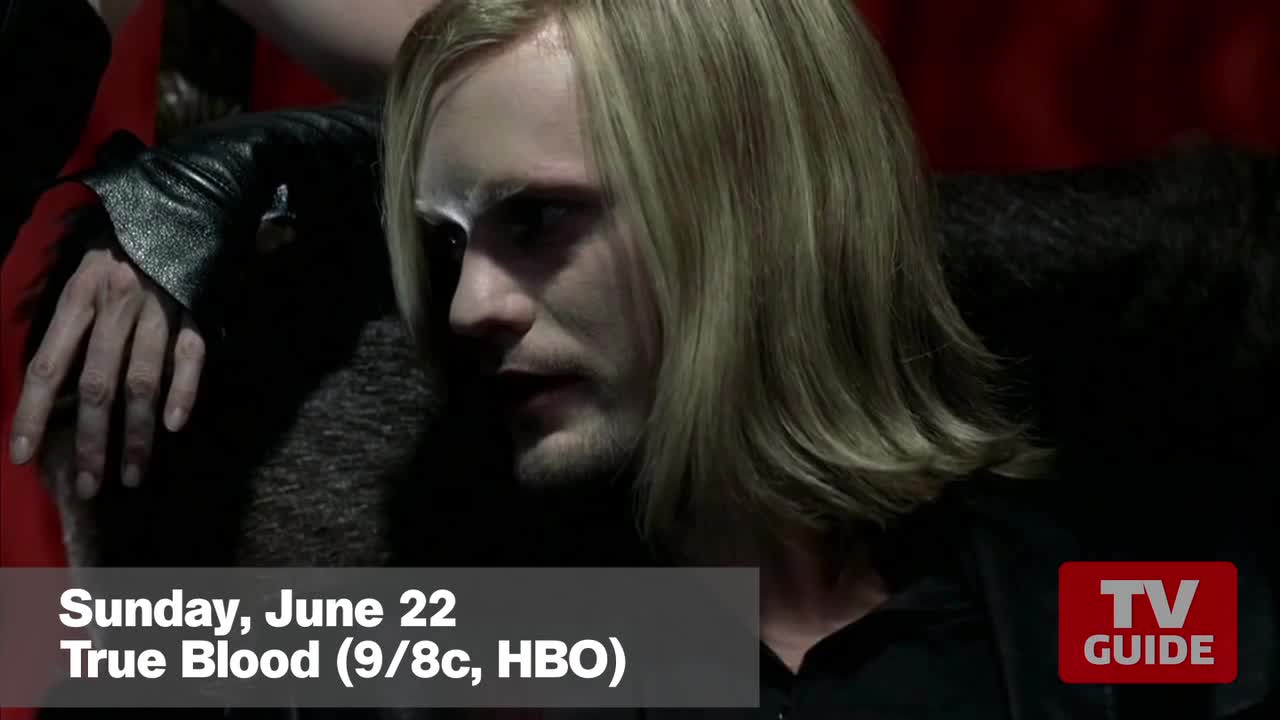