Harrison Ford Explains What Drew Him to Jacob Dutton in 1923

Jacob Dutton is bringing that John Dutton III energy to 1923

It's a new era on the Yellowstone Dutton ranch, and not necessarily a good one. In new Yellowstone prequel series 1923, the Dutton family has begun to build their empire, but it's one that threatens to crumble under the weight of economic disaster, bad crops, and prohibition. They're led by Jacob Dutton (Harrison Ford), the brother of James (Tim McGraw), who died sometime between 1883 and 1923. Jacob and his wife Cara (Helen Mirren) have raised James' children as their own, and have run the ranch as their own, too. Life is not easy for the Duttons, and that's part of why Ford was excited to take on the role.

"It is Taylor Sheridan and it is the story that he's telling, but he offered me the opportunity to portray a character of some degree of complication," he tells TVGuide. "It's a splendid opportunity." Plus, Ford got to reunite with Mirren, who also played his wife back in 1986 in The Mosquito Coast. "I'm always looking to have an opportunity to work with her," he says. "It's been great fun to work with her again."

Any fan of Yellowstone will know that a Dutton man is a naturally complicated one, and Jacob fits right in, though he seems more John III than James. "The world is changing around him faster than he can keep up with it," Ford explains. "The pressures on the way of life which he and his family live are increasing. The economics of cattle ranching are a pressure on him. The whole future of the family is in his hands. Decisions he makes are going to affect the immediate present and near future, but the opportunities forever may diminish under his watch, under his control, and he's fighting against it to preserve what he's enjoyed and what his family fought for and gained for future generations." 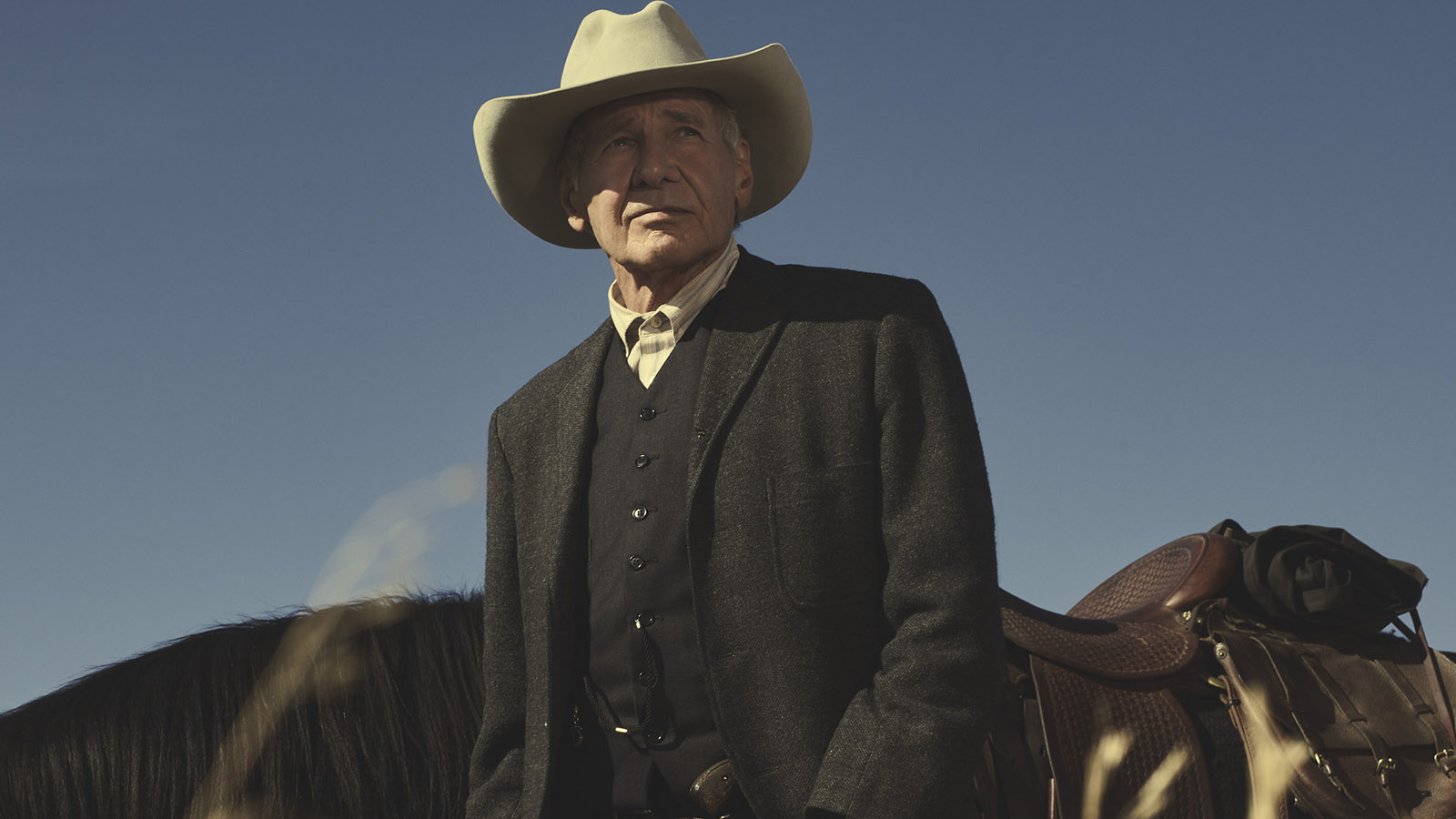 1883 told the story of a harrowing trip across the United States that resulted in many casualties, and the ranch essentially began as a cemetery for Dutton family members who didn't survive the trek along the Oregon Trail. In 1923, there's a bustling town near the ranch, and it seems like life should be easier and less brutal, in theory. In reality, there's just a whole new set of problems, especially for ranchers.

"It's a different world," Ford says of 1923 vs. 1883. "Electricity is coming. The streets are crowded with horseless carriages, automobiles. The whole way of life is changing. Refrigeration is coming. The way of life is becoming easier for some people, but not for ranchers, not for cattlemen, not for cowboys and their families. It still isn't, and I think a lot of the personal impulse that drives Taylor is the preservation of that way of life."

Still, there's at least some joy to potentially be found for this cowboy family. Jacob has raised John Sr (James Badge Dale) into a respectable right hand man, and John's son Jack (Darren Mann) is about to get married to the beautiful Elizabeth (Michelle Randolph) and presumably start having babies, as soon as the cattle are taken care of. Life may be hard, but it goes on anyway, as does the Dutton family.