Comedy Central is planning another Night of Too Many Stars: An Overbooked Concert For Autism Education.

What will it be this year? MTV's Video Music Awards (Sunday at 9/8c) always aims for memorable moments that amount to red meat for the chattering class: Sensibility-smashing performances ... unlikely kisses ... and generally outrageous behavior.

Until Conan O'Brien is legally able to appear on TV in the fall, he's trying a different way to make people laugh: a stage show. Conan O'Brien debuts on stage with Self-Pleasuring Panda O'Brien returned to Los Angeles over the weekend to perform at the Gibson Amphitheatre, which is just a few buildings away from his now-vacant Tonight Show stage. The proximity fueled the comedian further in taking on evil television executives, comparing NBC to Lord of the Rings' Mordor, the place where television the ring goes to die. So how is Coco moving on, besides, of course, getting his own TV show on TBS?

Conan O'Brien ended his brief run as host of The Tonight Show with thanks to his fans and even the network that is replacing him a mere seven months into his dream job. "Yes, we have our differences right now and yes, we're going to go our separate ways," O'Brien said of NBC, his employer of 17 years. "But this company has been my home for most of my adult life. I am enormously proud of the work we have done together, and I want to thank NBC for making it all possible." Conan's last words as Tonight Show host O'Brien, who had announced just 10 days earlier that he would rather leave The Tonight Show than accept a move to after midnight to accommodate Jay Leno's return to the 11:35 slot, said...

Every week, senior editors Matt Webb Mitovich, Mickey O'Connor and Tim Molloy satisfy your need for TV scoop. Please send all questions&nbsp;to megascoop@tvguide.com. Color me shocked that Katherine Heigl isn't leaving Grey's Anatomy. Is it possible we're being duped in some way? &mdash; KristaMATT: I must say that the lack of fanfare surrounding ABC's confirmation of Heigl's status &mdash; especially when juxtaposed with the flurry of official statements regarding T.R. Knight's departure &mdash; made me raise one of my overgrown eyebrows. "Sure, she's staying... for just one more episode," I cynically hypothesized. But one of my best sources insists that this is not a case of clever semantics, and that Heigl's Izzie will have a significant presence in the fall.&nbsp; Please give me some scoop on what's next for Desperate Housewives' Bree.&nbsp; &mdash; Fernando R.MICKEY: Bree may come off like a brittle maneater, but at heart she's a real softy, which is why juggling an angry Orson and a horny Karl will really ... 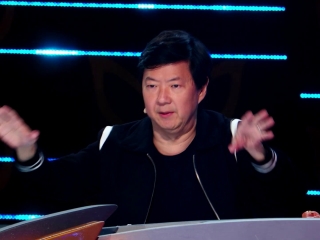 The Masked Singer: Triumph Over Masks

The Masked Singer: Tree Performs No Excuses By Meghan Trainor 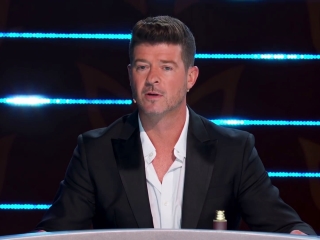