Carnie Wilson is holding on to her career and health, thanks to a second weight-loss surgery.

The Wilson Phillips cameo at the end of producer Judd Apatow's comedy Bridesmaids was perfect timing for the band, who is now attempting a comeback with a new album and a reality show for TV Guide Network, Wilson Phillips: Still Holding On, which premieres on Sunday, April 8 at 9/8c. "We got a random phone call from Judd Apatow's people," bandmate Chynna Phillips told reporters at the network's winter previews on Saturday. "We just thought it was a real honor, and we love Judd Apatow's movies and thought he was hysterical, so we wanted to be a part of it. But we had absolutely no idea the impact our one baby cameo was going to have in this film. We were pretty taken aback and excited that it gave our careers the boost, the shot in the arm that we needed."

Chynna Phillips Checks Out of Rehab

Chynna Phillips has returned home after a stint in rehab for anxiety, according to People.Chynna Phillips checks into rehab for anxiety"After successfully completing her inpatient treatment for anxiety, Chynna Phillips has happily returned home to celebrate her daughter's 10th birthday with her family and friends" Phillips' rep told the magazine. "She's happy to be home with her family. It was a positive experience for her. She's doing really well. She is in great spirits."Phillips, who was one-half of the '90s pop group Wilson Phillips, began treatment at an undisclosed facility Feb. 12.Mackenzie Phillips' family split over star's incest claimsPhillips is the half-sister of Mackenzie Phillips, who last fall claimed to have had an incestuous relationship with their late father...

Chynna Phillips has entered a rehab facility for anxiety."With the full support of her family and friends, she is looking forward to her recovery," said her publicist, Lizzie Grubman, who didn't disclose the location. "We ask that people respect her and her family's privacy at this time."Mackenzie Phillips' family split over star's incest claimsThe Wilson Phillips member is the half-sister of ...

Mackenzie Phillips: Sex with My Father Was Not Consensual

Mackenzie Phillips, who released a memoir detailing her long-term sexual relationship with her father, Mamas and the Papas' frontman John Phillips, now wants to redefine what she called a "consensual relationship" in her book. Mackenzie Phillips says father, Mamas and the Papas' John Phillips, raped her "I'd like to reframe my word, 'consensual,'" Phillips told Joy Behar on Behar's HLN show. "As I was writing the book, I thought... 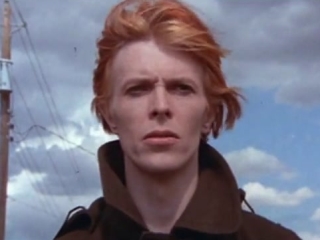 The Man Who Fell To Earth