The Cat in the Hat Knows a Lot About That!

The Cat In The Hat and two friends learn about the natural sciences during fun-filled adventures. 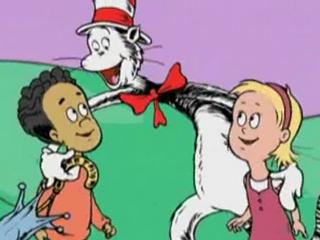 Cat In The Hat Knows A Lot About That!

An absorbing 10-part series on technological interdependence in which science editor James Burke--covering 12,000 years and visiting more than 30 countries--traces the development of 'things that surround [us] in the modern world.' He looks at such advances as the plow and electricity, and makes 'connections' between such disparate topics as ancient gold assayers and the A-bomb; and 5th-century shepherds and computers. There were a number of follow-up series on the Learning Channel in the '90s.
1978 TVG Documentary, Science, Tech & Gaming, Other
Watchlist
Where to Watch

5 Seasons
A preschool-aged T. rex and his adoptive pteranodon family go on whimsical adventures via the Dinosaur Train, which introduces them to other dinosaurs.
2009 TVY Science, Educational, Other
Watchlist
Where to Watch

2 Seasons
An animated series about the adventures of two neighbourhood pals and their new friend, an alien from outer space.
2016 TVY Science, Educational, Kids, Other
Watchlist
Where to Watch

1 Season
Ordinary people are challenged to think like great scientists to solve some of humanity's most enduring questions.
67   Metascore
2016 TVG Documentary, Science
Watchlist
Where to Watch

The Secret Life of the Brain

1 Season
Five-part examination of 'the most complex thing on earth' follows the brain's development from birth through old age.
2002 TVPG Documentary, Science, Other
Watchlist
Where to Watch