A thoughtful drama about an angst-ridden teen (she calls school 'a battlefield for your heart') and her suburban family. Critical acclaim failed to translate into ratings and the show was gone in less than a year.

Hello, friends! These are the '90s shows that defined our so-called lives

The Evolution of Jason Katims: From 'Friday Night Lights' to 'Rise'

How the prolific creator found a recipe for success

A.J. Langer even owns a castle

Royal Pains star Mark Feuerstein will debut the USA dramedy's Season 5 premiere at the second annual ATX Television Festival, TVGuide.com has learned exclusively. "I love television, I love Austin, and I love that we're going to show you the premiere of Season 5 of Royal Pains," Feuerstein says in the video below. Royal Pains Exclusive Video: Get your first look at Season 5 Joining the actor will be co-star Reshma Shetty and executive producers Andrew Lenchewski and Michael Rauch.

My So-Called Life Cast to Reunite at ATX Television Festival

Almost 20 years after the show's debut, much of the cast of My So-Called Life will reunite at the second annual ATX Television Festival. Taking the stage this summer will be Wilson Cruz, Devon Odessa, Bess Armstrong, Devon Gummersall and creator Winnie Holzman. Stars Claire Danes and Jared Leto are unable to attend. 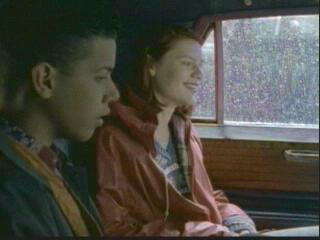