The shadowy derring-do of an undercover task force comes to the fore in this crime series from executive producer Jerry Bruckheimer. The covert team includes a recently married policeman and a fetching female cop who's an expert prevaricator.

Battlestar Galactica vet Tricia Helfer will appear in the season finale of Criminal Minds, TVLine reports. CBS announces finale dates Helfer, 37, told the site that she will be playing "a bad character" on the crime procedural. Criminal Minds will wrap its seventh season on May 16 with a two-hour finale involving a...

After starring in Ron Moore's space opera Battlestar Galactica, Tricia Helfer is reteaming with him for a fantasy cop drama, TV Guide has confirmed. The actress is joining the cast of his NBC pilot, 17th Precinct. The Sony TV-produced drama centers on the cops in the town of Excelsior, where magic reigns. Helfer will play the necromancer Morgana, the precinct's coroner. Deadline first reported the news.

TNT has canceled Dark Blue, according to The Futon Critic. The cop drama, starring Dylan McDermott, averaged 2.25 million viewers in its second season. That's significantly below...

Omari Hardwick (Dark Blue, The A Team) will guest star on an upcoming episode of NBC's Chase as Chris Novak, a hard luck criminal facing prison who escapes prison to exact revenge on those who betrayed him. While being hunted by Annie Frost... 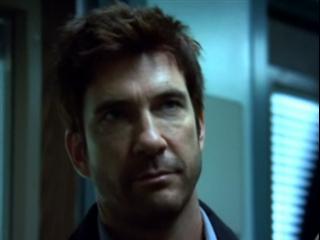