Red Band Society takes place in a hospital, but executive producer Margaret Nagle says the show will not be about death, and it doesn't have to be, which she learned firsthand growing up.

"My brother was in a coma and I grew up in hospitals waiting for my brother to wake up," Nagle tellsTVGuide.com. "[Hospitals are] not sad; they're amazing, hilarious, inspirational places and the people who work there are incredible. When we were marketing to international buyers, all the adults asked, 'Who's going to die?' And I'm like, 'No one is dying!' We're watching them deal with life. The show is about life and how you live it."
Meet the teens and docs of Fox's Red Band Society

The Fox series, which premiered last week, is about an unlikely group of friends living in a Los Angeles-based hospital ward. While the first episode didn't shy away from the topic of mortality — newcomer Kara (Zoe Levin) needs a heart transplant, Leo (Charlie Rowe) talks about his many surgeries while battling osteosarcoma — the show's tone, both snarky and touching, was grounded in teenage adolescence, sick or not. Former first kisses were shown, fake IDs were used, budding romances and popularity struggles were set up — all of which happened at an accelerated rate both for entertainment value, but also because the characters believe death is possibly knocking on their door.

"People learn lessons too late, so what if you got to learn the lessons right when it's time to take advantage of all of them?" Nagle said. "[Like] I'm going to have sex with this person, I'm going to travel there! It's fun to see kids of this age have these bigger life lessons when they're young enough to do something about it; it's fun to push them. And there is something about these moments when you're brought to the brink that you laugh the hardest, you love the hardest, you cry the hardest — it's where life is so perfect and resonant."
"I've been working with the UCLA teen ward which is what we based the set on and ... it's like a dorm," she continues. "A guy even got married there, people get pregnant ... and the people [that work there] are amazingly wild and free because they're around this stuff all day."

That's not to say the teens' lives aren't on the line and that there has to be stakes and the illnesses have to be as life-threatening as they claim in order for viewers to take it seriously. In addition to the fact that Nagle said at the summer Television Critics Association press tour, "Eighty-five percent of all kids with any one of these diseases in a children's hospital ultimately recover," she has a way to work around killing off the characters that make up the near-perfect ensemble. "A day in a hospital feels like a year," she said. "So the whole series will probably take place over the course of the year, we're going through like a month in Season 1, maybe two."

Are you watching Red Band Society? Find out why it made our list for the best shows of the new fall season: 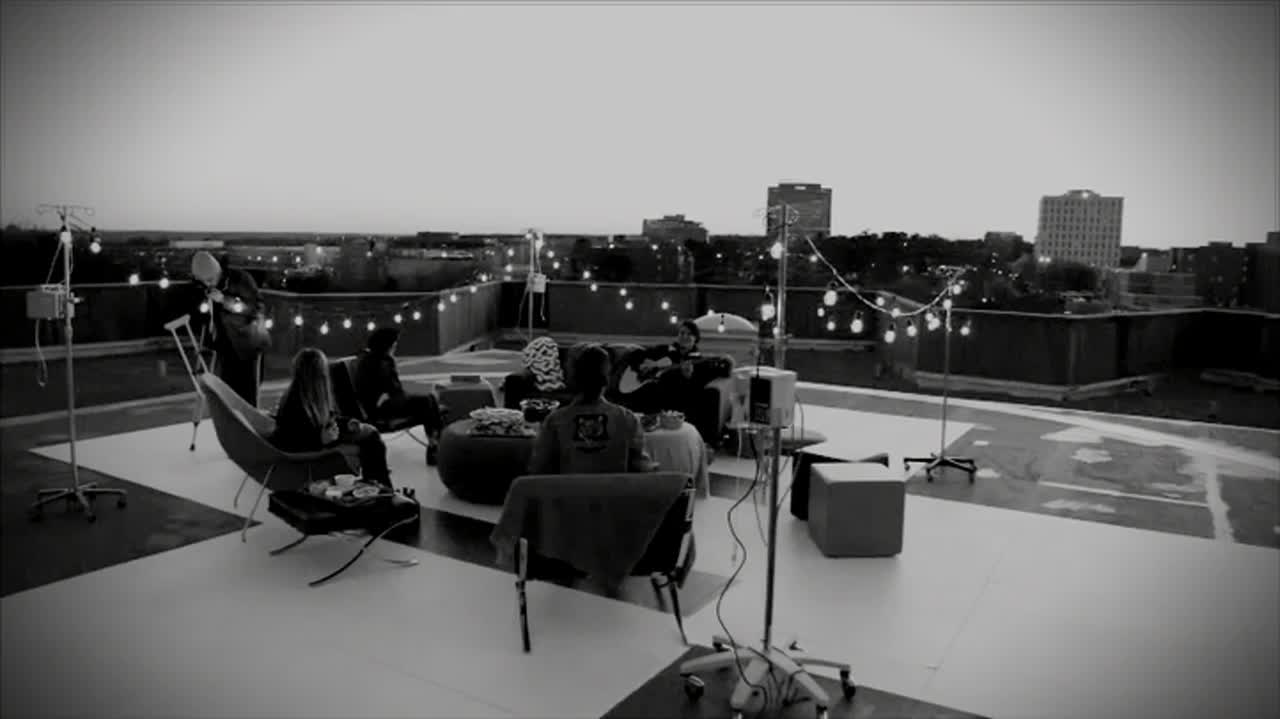 Red Band Society airs on Wednesdays at 9/8c on Fox.