If ever there were a TV character in need of therapy, it's Rescue Me's Sheila Keefe, a bipolar widow who has an affair with the cousin of her husband who died during 9/11. So it's a little funny that Callie Thorne, who's brilliantly embodied Sheila for all of Rescue Me's run, is playing Long Island psychotherapist Dani Santino on USA's Necessary Roughness.Summer TV: Get scoop on all the new summer shows

If ever there were a TV character in need of therapy, it's Rescue Me's Sheila Keefe, a bipolar widow who has an affair with the cousin of her husband who died during 9/11.

So it's a little funny that Callie Thorne, who's brilliantly embodied Sheila for all of Rescue Me'srun, is playing Long Island psychotherapist Dani Santino on USA's Necessary Roughness.
Summer TV: Get scoop on all the new summer shows

"It is one of the reasons that I scrambled to get the role, really," Thorne tells TVGuide.com with a laugh. "The idea of getting to play somebody who Sheila actually should go to see? I think that maybe if Sheila ever had a Dr. Dani, maybe her life would be a little sweeter and a little easier."
But Dr. Dani's life isn't sweet and easy, either. In the series premiere (Wednesday, 10/9, USA), her world is rocked when she learns her husband (Craig Bierko) has had numerous affairs during their marriage. "She thinks she has this perfect life, idyllic life with a great husband, great kids, great practice," Thorne says. "[Then] she finds out that it's not true. ... I am very drawn to characters who are faced with downfall and how they pick themselves back up.  That really is what the whole pilot is about: how she's going to pick up the pieces."

Fortunately, just as her husband threatens to take her money — as well as custody of the two children (Patrick Johnsonand Hannah Marks) — Dani meets Matt (Marc Blucas), a trainer for a fictional New York pro football team. Before long, she's trying to get inside the head of the team's star wide receiver, T.K. (Mehcad Brooks), who isn't living up to his promise on the gridiron.
Check out photos of the Necessary Roughness cast

T.K.'s problems are much deeper than being unable to catch the football. His insecurities about being given away by his mother as a child have him on the verge of giving up. But through his therapy with Dr. Dani, both the shrink and the client are able to find new resolve.

"I just love this story of, 'I'm not giving up,'" the 41-year-old Thorne says. "I think that T.K. helps her realize that she's got a lot more inside of her, and that's why she's able to bring the same thing out in him, in terms of loving who you are and where you are in the moment."

Dani's continued struggles with her kids and her gambling-addicted mother might eventually call her credibility as a therapist into question. "She's very hard on herself, and I think that there's always that inner struggle going on of, 'I wouldn't even take my own advice,'" Thorne says. "Sometimes it's hard for her to keep her head together. But that is part of what the journey is. Within each episode, there's a little bit of healing."
Exclusive: Craig Bierko joins USA Network's Necessary Roughness

Part of that healing might also be Dani's pursuit of a new relationship. Dani's attentions will most certainly be divided between Matt the trainer and Nico (Scott Cohen), a mysterious fixer who keeps tabs on the football players — and Dani. But is she even emotionally ready to jump into a new relationship? 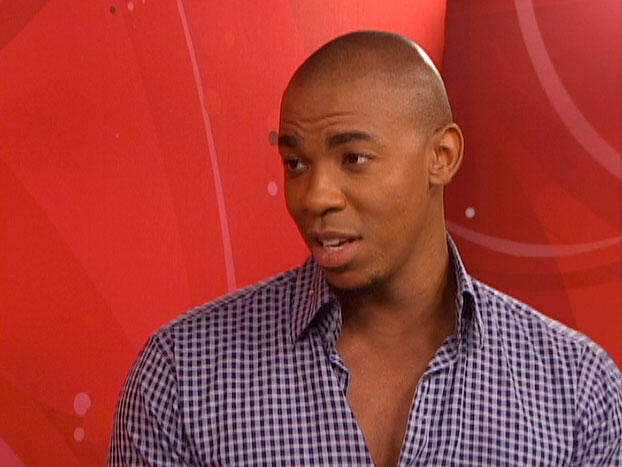