[WARNING: The following contains spoilers from Game of Thrones' "The Laws of Gods and Men." If you haven't watched it yet, it's best you run back to your kennel right now.]
On Sunday'sGame of Thrones, King's Landing held its regicide trial, which included at least one surprise guest on the witness stand. And although Tyrion was in the weakest position possible, he was able to surprise everyone. His situation may not have improved, but at least he now has a say in his fate. Who else took control? Who slipped? TVGuide.com breaks down the power shifts in "The Laws of Gods and Men":
Add new fall shows to your Watchlist now!
Power Trippiing
Tyrion Lannister (Peter Dinklage) The trial is such a mockery that it's nothing short of a witch hunt. Even Tywin (Charles Dance) and Jaime (Nicolaj Coster-Waldau) assume that Tyrion will be found guilty, and therefore already plan on his pleading for mercy and joining the Night's Watch in lieu of execution. But when Tyrion's whore Shae (Sibel Kekilli) shows up as a surprise witness and spins lie after lie about him -- she's a woman scorned after all -- The Imp is driven to take extreme and impassioned action: He demands a trial by combat to determine his guilt in the murder of Joffrey. It's not the first time that he's resorted to such measures, and last time he apparently won. He could lose this time, but at least he's wrested back some of his autonomy, for whatever that's worth. Well played, Tyrion.
Stannis Baratheon (Stephen Dillane)
Thanks to his Hand, Davos Seaworth (Liam Cunningham), Stannis now has a hefty loan from the Iron Bank of Braavos to fund a fleet and his army. Tycho Nestoris (Mark Gatiss) isn't down with Stannis initially until Davos displays his hand -- with the first two digits of his four fingers chopped off -- as proof of how Stannis is man of his word. It's a double victory for Stannis because now the Iron Bank has shifted its allegiance away from the Lannisters.
Ramsay Snow (Iwan Rheon) The bastard of the Dreadfort has brainwashed Theon/Reek (Alfie Allen) so well that he doesn't even escape with his sister Yara (Gemma Whelan) when she arrives to bust him from his dog kennel where he sleeps. This extreme loyalty will be put to the ultimate test when Ramsay enlists Theon's aid to take Moat Cailin.
Fall TV Scorecard: What's canceled? What's renewed?
Power Failure
Daenerys Targaeryen (Emilia Clarke) Although her dragons are thriving (and eating very well from the lands' goats), Dany is not. She finds that being Queen of Meereen is rather taxing and tedious (212 more supplicants to hear?). Even worse, her decision when she took the city to crucify all the slave masters -- whether guilty or innocent -- has come back to bite her in her stormborn butt. Hizdahr zo Loraq (Joel Fry) reveals that his father was one of the men she had killed, but that he had spoken against the atrocities that she was punishing them for. Perhaps next time she ought to listen to her advisers.
Yara and Theon Greyjoy The siblings aren't doing well for the Ironborn cause. Yara tries to steal Theon, their prince, back in order to rally her men, but she's only met with fear and resistance when she finds him cowering in his cage. When Ramsay releases the hounds on her, she has no choice but to leave without her brother, whom she declares is now "dead" to her.
Best Quotes
Oberyn Martell (Pedro Pascal): "The Unsullied are impressive on the battlefield, less so in the bedroom."
Tyrion to the gathered people watching his trial: "I saved you. I saved this city and all of your worthless lives. I should've let Stannis kill you all... I'm guilty of being a dwarf. I've been on trial for that my entire life. I did not kill Joffrey, but I wish that I had... There is no justice here. Let the gods decide my fate. I demand a trial by combat."
What did you think of the episode? Can you believe Shae betrayed Tyrion so badly? Did Tyrion make a mistake requesting trial by combat? Why didn't Theon escape with Yara? How much can dragons eat? What were your highlights from the episode?
Game of Thrones airs Sundays at 9/8c on HBO. Check out the cast discussing the best and worst hair below: 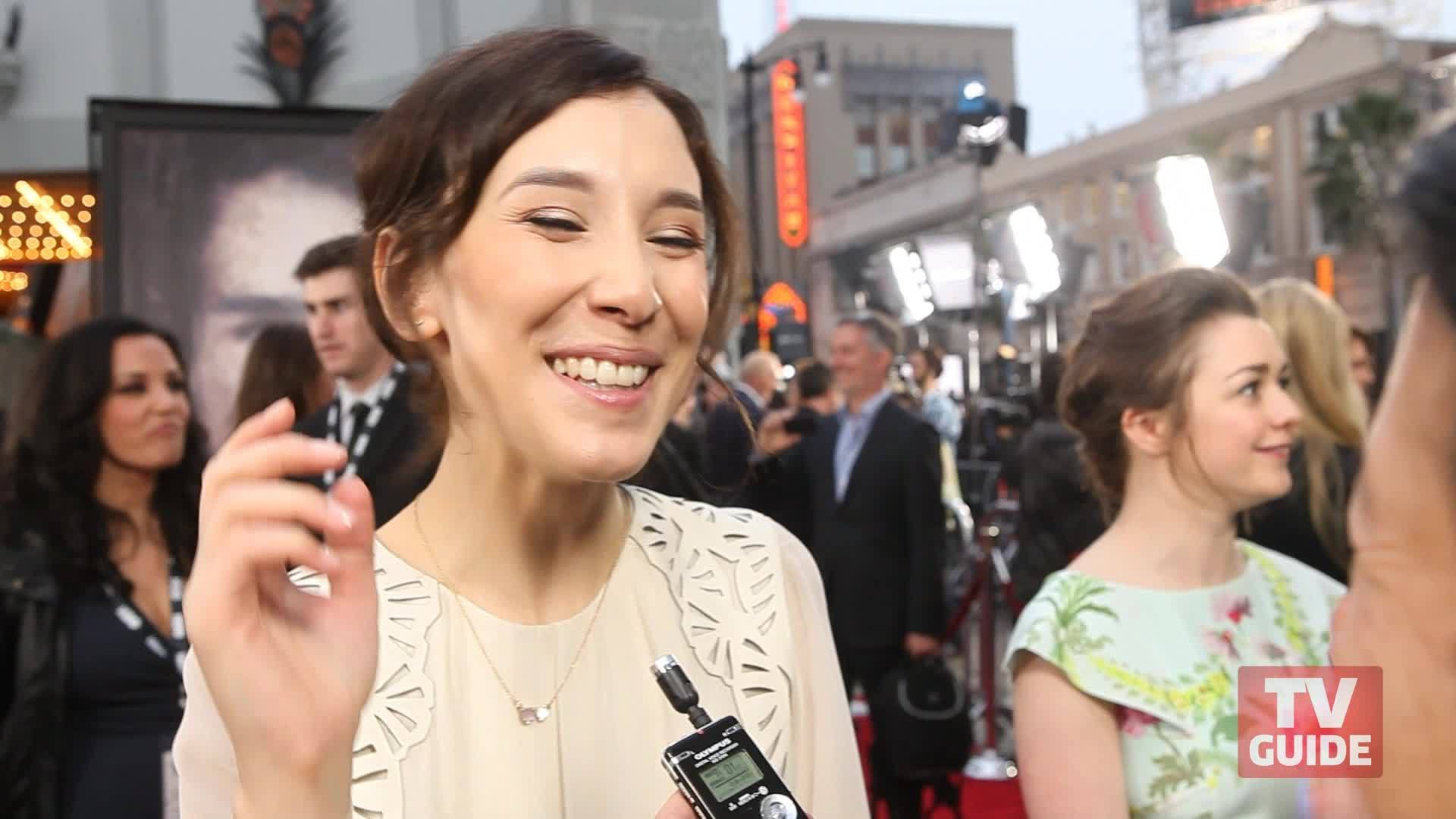