A young lawyer discovers the firm he's hired into is controlled by the mob and attempts to escape from their clutches.

NBC will premiere six of its 12 new shows this fall, including comedies starring Christina Applegate and Hank Azaria, and the dramas Prime Suspect and The Playboy Club. In one of its bigger overhauls, the network will launch a new comedy block Wednesday and will bump up The Sing-Off to fall, pushing Chuck to Fridays for its last season. Held until midseason: buzzed-about musical drama Smash, the TV adaptation of The Firm, and returning shows 30 Rock and The Voice.See the full schedule and get caught up on all of NBC's going-ons below:

NBC Orders The Firm to Series

NBC has picked up the TV adaptation of John Grisham's best-selling novel The Firm for a straight-to-series order of 22 episodes, Deadline reports.The show is being readied for a September premiere, though NBC may not officially slot it into its fall schedule until casting is completed, according to the site.Fall 2011 TV Scorecard: Which shows are returning? Which aren't?Lukas Reiter (The Forgotten, Law &amp; Order) wrote the pilot. Grisham will serve ...

David Strathairn will star in Syfy's new pilot Alphas, the network announced Tuesday.Alphas focuses on a team of ordinary citizens with extraordinary mental abilities who tackle cases that the CIA, FBI and Pentagon have been unable to solve. Strathairn, 61, will play Dr. Leigh Rosen, the eccentric Alphas leader who is willing to bend the rules for his objectives and team.Check out photos of David Strathairn"We're honored to have ... 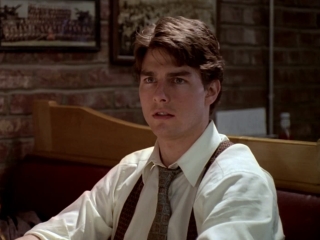