In this romantic comedy, the proud Portokalos clan reels from the news that their thirtysomething daughter has fallen for a teacher who is not Greek.

Nia Vardalos and Peri Gilpin will guest-star as bickering sisters on an upcoming episode of Grey's Anatomy, according to The Hollywood Reporter.&nbsp; Vardalos, who wrote and starred in the hit comedy My Big Fat Greek Wedding, has recently appeared on Cougar Town and Drop Dead Diva. Gilpin, who played Kelsey Grammer's sidekick on Frasier, currently co-stars on the ABC Family series Make It or Break It.

If the gropes foisted upon Andy by his sister-in-law Angela look a little too natural in tonight's episode of Cougar Town, they should &mdash; guest star Nia Vardalos is costar Ian Gomez's real-life wife. We chatted with the droll couple about how the My Big Fat Greek Wedding writer-star's gig came about. 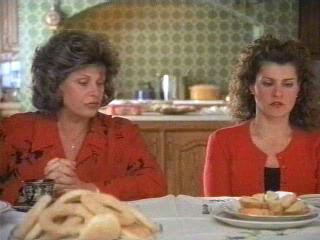