A Comic-Con tradition continues! For the fifth year in a row TV Guide Magazine and Warner Bros. Television are teaming up for a special issue with behind the scenes scoop and photos from some of TV's biggest hits. The magazine features four sets of collectible "flip" covers featuring the stars of ...

Originally, David Wain was merely supposed to lay down some quick sample dialogue for a demo pilot an animator friend was working on. "I thought I was just doing a favor," Wain recalls. Four seasons later, though, he's still voicing The Warden on Adult Swim's classically weird animated series Superjail!, about a prison in another dimension where the line between inmate and officer &mdash; and reality and fantasy &mdash; gets a little blurry sometimes. Season 4 premieres Sunday, June 15 at 11:45/10:45c on Cartoon Network, so Wain took time out from breaking the next season of Adult Swim's live-action Childrens Hospital, where he's an executive producer and sometime actor (he's played himself and a character called "Rabbi Jewey McJewJew"), to talk Superjail! and the myriad other projects he's involved in. (Stay tuned for an exclusive clip of the mercurial Warden in action below the interview.)&nbsp;

Hulu announed Wednesday its 2014 original programming slate, which includes new original series starring&nbsp;Reaper's&nbsp;Tyler Labine&nbsp;and&nbsp;Happy Endings'&nbsp;Casey Wilson,&nbsp;as well as new seasons of such returning shows as&nbsp;Seth Meyers'&nbsp;The Awesomes&nbsp;and&nbsp;Chris O'Dowd's&nbsp;Moone Boy. After surpassing five million subscribers and earning more than a $1 billion in revenue in 2013, the streaming service is making an even bigger bet on first-run programming on Hulu and Hulu Plus in 2014, according to Charlotte Koh, Hulu's head of original programming development.&nbsp; Winter TV: Check out all the must-see new shows"I think the last year was a very solid foundation for us to continue to build our original business upon," Koh tells TVGuide.com....

Will & Grace Reunion! Megan Mullally to Guest-Star on Sean Saves the World

Jack and Karen are getting back together! The Will &amp; Grace reunion everyone has really been waiting for (Sorry, Debra and Eric!) is finally happening on...

To some &mdash; OK, millions &mdash; Henry Winkler will always be best known as Arthur 'Fonzie' Fonzarelli from the iconic TV series Happy Days. But to a whole new generation of fans, Winkler gets recognized for a much more recent role. "I did a Broadway play in October and a little 10-year-old boy came up to me and said, 'Hi I'm your fan,'" Winkler tells TVGuide.com. "And I went, 'Oh, you read my books?' and he said, 'No, I love Royal Pains." Since Winkler's debut on the show in Season 2, the actor has made quite an impression as the charming yet calculating Eddie R. Lawson. Eight months after... 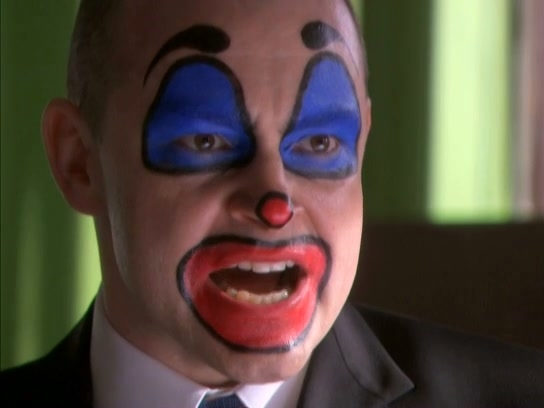