DWTS: What Back to the Future-Themed Dance Is Lea Thompson Performing This Week?

Monday night is Movie Night on Dancing with the Stars, and Lea Thompson and partner Artem Chigvintsev have a very special routine planned.

"Back to the Cha-Cha is what we're doing," Thompson tells TVGuide.com.

Play Dancing with the Stars bingo!

The performance, a throwback to Thompson's role as Marty McFly's mother in the Back to the Future trilogy, will be set to Huey Lewis and the News' "The Power of Love" (duh).

Read our full Q&A with Thompson to find out why she had to put her foot down on one aspect of the Back to the Future number, as well as her thoughts on going from being in jeopardy in Week 1 to sitting on top of the leaderboard in Week 2.

TVGuide.com: Congratulations on leading the way this week! How did you react to the judges' feedback?
Thompson:
The feedback was hilarious. Carrie Ann falling off her chair was pretty much [worthy of] an Academy Award. What can I say? I was surprised. It's interesting because you have to learn how to trust your choreographer, your partner, and so I kept thinking, this is really ugly. This isn't pretty. And [Artem] was like, 'This is how it's done.' He's a stickler for doing the right thing, not bending the rules too much. ... We didn't really know until we were standing up at the end that we were at the top of the leaderboard.

Say more about him being a stickler.
Thompson:
He won the Mirrorball in the U.K., and I think they're way more sticklers there. So I'm like, 'Bend the rules' and he's like, 'No.' It ends up paying off, I think, with the judges. It also shows that he respects me because he thinks I can do it. He doesn't have to dance circles around me and put in all this filler. Because he respects that I'll be able to pull it off. At least that's how I look at it. (Laughs)

You seemed a lot more comfortable during your performance this week.
Thompson:
I'm definitely more comfortable. I'm really interested with the whole idea of, 'Control what you can control and let the rest of it go away,' the stuff that you can't do anything about. I don't have a lot of Twitter followers and I'm the third oldest person [on the show]. There's just nothing I can do about who's going to vote for me. All I can do is take care of the part of me that I can take care of. And that is, have a great experience, be as loving as possible, concentrate, take care of my body, and learn my steps.

What was your reaction to being in jeopardy in Week 1?
Thompson:
It was kind of like my worst nightmare. And I love that, when you have your worst nightmare and you're like, 'Oh, well, that happened and I didn't die. So I can go forward.' It really wasn't that big of a deal. ... I'd like to stay at the party as long as I can, because it's really fun, obviously. And I think I have something to give, because I think being my age is really hard for a lot of women. You're sexy when you're young. You've got it going on, and then you have your kids and you give your whole life to your kids, and then they're kind of gone and like, what do you do? You've got to fight to stay inspired and you've got to fight to learn new things and stay young in your heart. And every day is a fight to stay beautiful. You stay beautiful by being creative, by being loving, by being of service to people, being inspired and inspiring. It's work. ... So, if I can show people that, you still can have it going on after you're 50, you can still try new things and revisit old loves and care about your body and care about it — if I can do that for a few more weeks, that would be awesome.

Fall TV Preview: Get scoop on new and returning shows

Can you talk a little more about your Back to the Future dance?
Thompson:
[Artem] wants to be Marty McFly. And I'm like, 'I will not be dancing the cha cha with my son. It's not happening. You have to be George McFly.' ... So, that's been a big bone of contention. He said, 'But you were in love with [your] son.' And I said, 'But my son wasn't in love with me, so ... ' (Laughs). So I've gotten him to be George McFly. And I wanted the song "Power of Love" from the movie, so that's what we're going to do.

Kevin Hart is a guest judge on Monday, so hopefully he's a Back to the Future fan.
Thompson:
Does he know anything about dance? I think that might be bad for us, because Len really appreciates the rule-following that Artem does. We'll have nobody who cares about the rules! I'm going to be like, 'Artem, just do whatever you want.'

How is it working with Artem? You're both competing for the first time.
Thompson:
When I first got [paired with] him I was like, 'Oh, wait, I don't have this big Internet following and now I have a partner that's brand-new.' ... But as soon as I met him I was like, 'You know what? I'm going to make you my leading man and we're going to let everyone know how cool you are.' Because he has rabid fans in the U.K. They're crazy for him. So I think we can do the same thing here because he is so charming. He's such a gentleman, and he's exceedingly easy on the eyes and really funny. ... He's just adorable and kind. And really just kind of like a perfect guy, honestly. And also a great choreographer.

Has the competition been physically challenging for you?
Thompson:
I'm not overweight, but I'm not in shape at all. I do not work out. You can ask anybody. ... I'm not injured, so [Artem's] been really good that way, not working me too hard, just working me enough, and really smart about how he's trained me. I'm already getting toned up from the training, which is really great. ... I'm having a great time. It's a really, really profound experience for me.

Dancing with the Stars airs Mondays at 8/7c on ABC. Are you looking forward to seeing Thompson's Back to the Future number?

VIDEO: On the set of Outlander: Why Jamie and Claire are TV's greatest love story 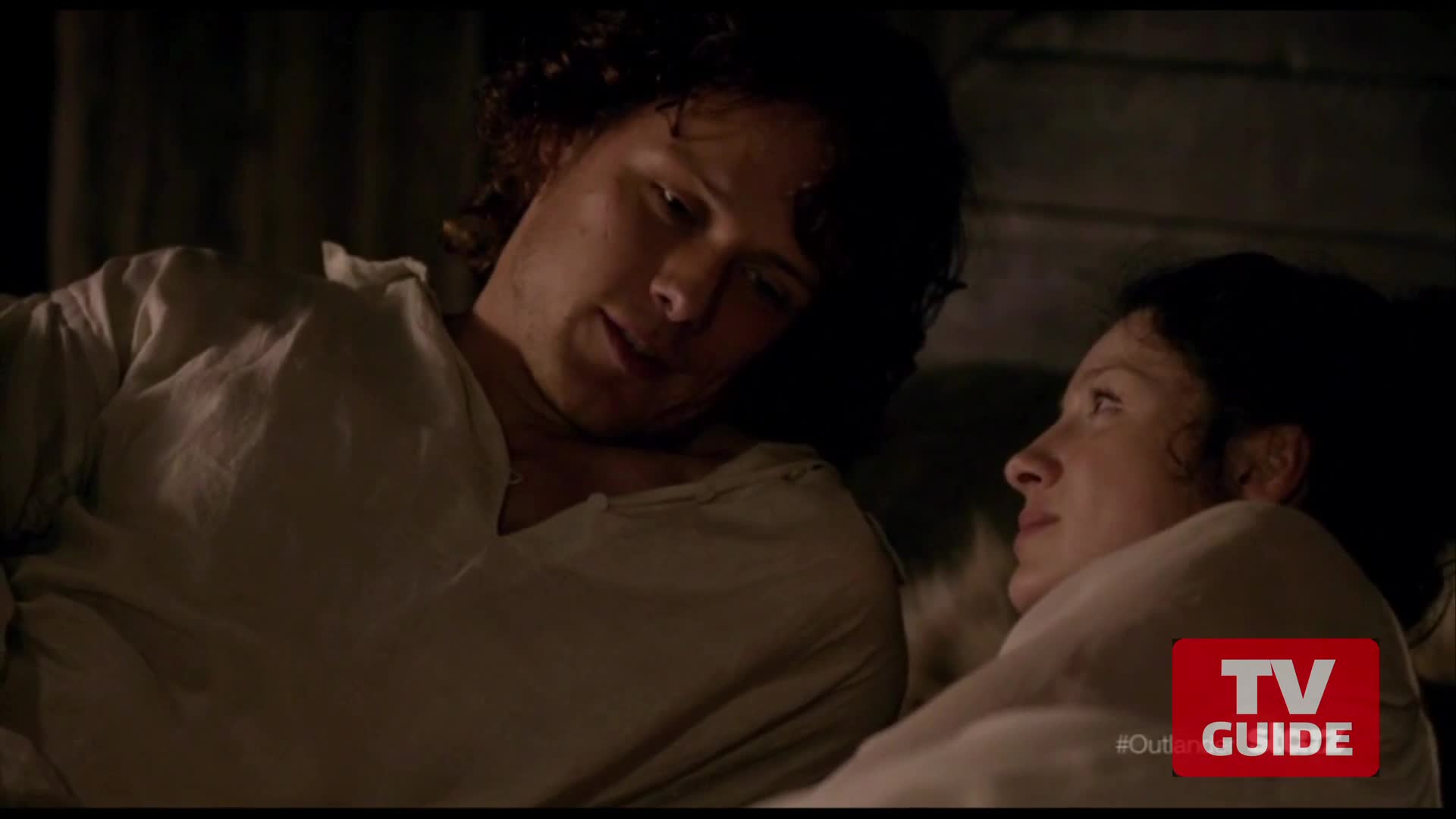