What exactly is Galavant, ABC's four-week comedy extravaganza? Think The Princess Bride set to music, and you're on the right track.

The goofy, outrageous and surprisingly brilliant series is a unique beast in the network TV animal kingdom. Not only is it the only musical comedy on the air with original songs (take that, Glee!), but it's also set in the medieval era, in which fairy-tale tropes are turned on their heads.

Galavant (Joshua Sasse) is a knight who, after King Richard (Timothy Omundson) steals away his one true love Madalena (Mallory Jansen), is determined to save her with the help of his trusty squire Sid (Luke Youngblood) and Isabella (Karen David), a princess whose parents are held captive by the king. This is no ordinary journey, however, and anything and everyone is fair game when it comes to this Spamalot for a new generation.

Check out five reasons you should tune in for ABC's tuneful new series Galavant:

1. Game of Thrones references: Sharp-eyed (and -eared) fans of HBO's Game of Thrones will be rewarded by writer Dan Fogelman (Tangled, The Neighbors), who can't help but include a few winks to that other popular series set in an alternate Middle Ages. Bonus: No Red Wedding!

2. It's a funny, flipped fairy tale: Although Galavant is not based upon an established fairy tale (that's Once Upon a Time's domain), it plays upon all the formulas that we expect from these adventure tales: the damsel in distress, encountering dastardly pirates, etc. And it not only turns those tales on their head, but it also tickles them in the funny bone. Expect ribald humor (but veiled in a family-friendly way) and irreverent pop-culture references that make Galavant feel fresh and modern. Better yet, the series pokes fun at fairy-tale perfection -- such as when a couple in love sings about each other's gross habits -- in such a way that somehow makes the romance more real, and therefore, sweeter.

3. Vinnie Jones sings! On Galavant, the ex-footballer is an absolute joy as Gareth, the king's uber-menacing right-hand thug. Among a main cast of relative unknowns, his familiar mug is a welcome sight in each episode. Better yet, he frequently breaks his tough-guy image to gamely warble out a few lines or better yet... prance a step or two.

4. Catchy, laugh-out-loud songs: We dare you to listen to the theme song below and not want to belt out "Galavaaaaaant!" triumphantly at the end. Composer Alan Menken (behind some of Disney's most memorable tunes) is behind this rollicking song and all the other catchy tunes on the show. He's paired with lyricist Glenn Slater, who's behind the songs' diabolically clever lines. We're still marveling at his ability to find the most perfect rhyme for "adventure" with "butt-clencher." Expect more cheeky (ha!) songs throughout the series, such as a "loathe ballad," a sea chantey for land pirates and the most narcissistic love song ever (sung in 11-part harmony by one person).

5. Ricky Gervais, Weird Al and a slew of talented guest stars: OK, so maybe you're still not convinced that medieval musical comedies are for you, but it's worth it to tune in just for the many familiar faces taking on ridiculous roles. Ricky Gervais plays a wizard named Xanax who will take you on a tripped-out journey, while "Weird" Al Yankovic is a singing monk, John Stamos is a guyliner-wearing knight named Sir Jean Hamm, Rutger Hauer is the king's older brother and Downton Abbey stars Hugh Bonneville and Sophie McShera play a land pirate and handmaiden, respectively.

Galavant will air back-to-back episodes for four weeks starting Sunday at 8/7c on ABC. Check out what the series' stars have to say: 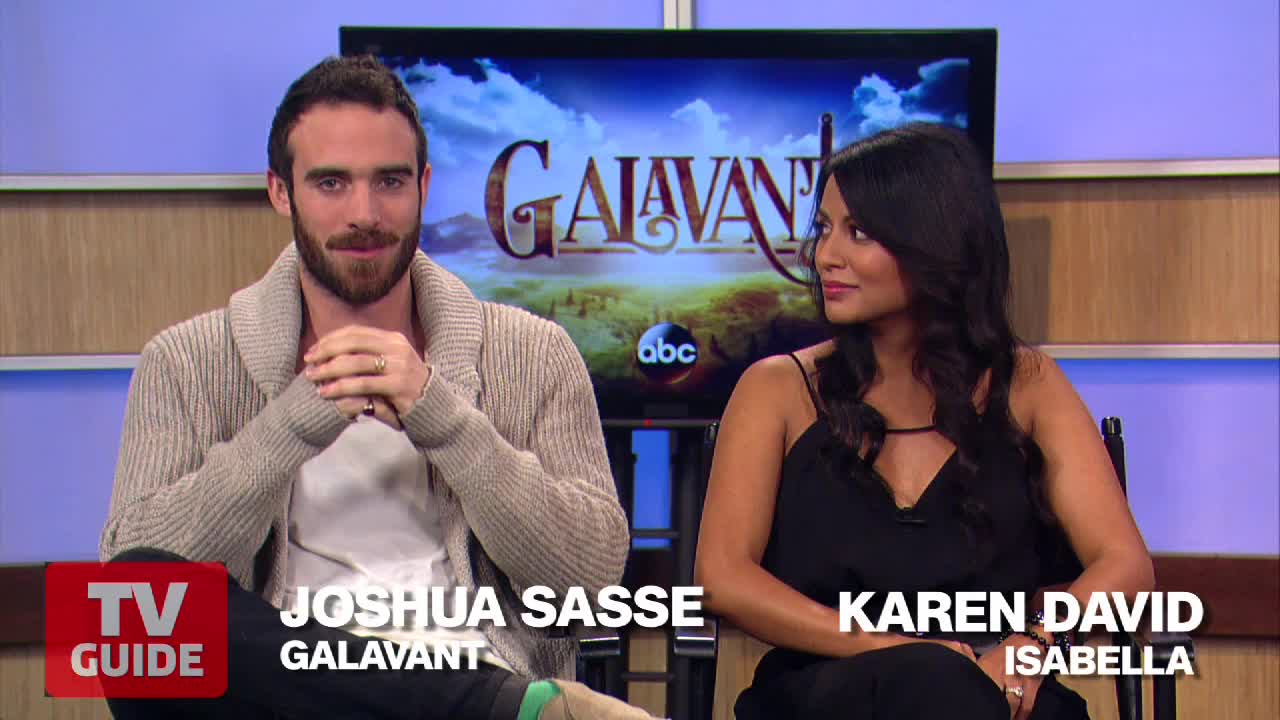