It's fantastic that comic books and superheroes are finally being recognized as cool, but do they all have to be "edgy" to be accepted? Not if&nbsp;The Flash&nbsp;has anything to say about it. Despite being a spin-off of&nbsp;Arrow, The Flash&nbsp;feels much closer to&nbsp;Smallville&nbsp;in tone&nbsp;&mdash; and that's a good thing! The world doesn't need another dark drama about a man struggling to balance justice and morality. We still have&nbsp;Arrow&nbsp;for that (And&nbsp;Gotham. And&nbsp;Constantine.) Instead,&nbsp;The Flash&nbsp;goes in the complete opposite direction, reminding us how much fun being a superhero can be.&nbsp;But are&nbsp;Arrow&nbsp;fans ready to embrace the light?&nbsp;

It's fantastic that comic books and superheroes are finally being recognized as cool, but do they all have to be "edgy" to be accepted? Not if The Flash has anything to say about it.

Despite being a spin-off of Arrow, The Flash feels much closer to Smallville in tone — and that's a good thing! The world doesn't need another dark drama about a man struggling to balance justice and morality. We still have Arrow for that (And Gotham. And Constantine.) Instead, The Flash goes in the complete opposite direction, reminding us how much fun being a superhero can be. But are Arrow fans ready to embrace the light?

TVGuide.com spoke to executive producer Andrew Kreisberg about the spin-off's radical change of tone, Barry's complicated love life and — for those who already know how the pilot ends — a tease of Harrison Wells' true motivations.

See why The Flash is a heroic change of pace

Why did you decide to make The Flash so much more lighthearted than Arrow?
Kreisberg: Barry Allen (Grant Gustin) was an ordinary guy to whom something happened. And you can see yourself in him and part of becoming a superhero is the fun of it. So that was one thing. And then the other was we were very conscious of not wanting to do two of the same show. With Arrow we've got a very dark, brooding, Shakespearean, epic saga playing out and we wanted to do something more blue sky and more fun. There's a lot of morose superheroes out there and The Flash isn't one of them.

Were there any other concerns about the spin-off being so tonally different?
Kreisberg: No. Ironically, I think Arrow got a little funnier this year adding Brandon Routh, who plays Ray Palmer, who's utterly hilarious. There's a lot of fun to be had. And there's still the mystery of what happened to Barry's mother and his father's incarcerated and it's certainly not a sitcom. I think the most fun comes when we do the crossover episodes where we get to see some hilarious stuff with the Arrow cast on The Flash episode. And conversely, The Flash cast gets a little bit of a serious wake-up call when they go to Starling City and see what kind of lives their friends are actually living, what a big contrast it is to the world that they come from.

How do the citizens of Central City react to The Flash?
Kreisberg: In the beginning, he's more of a rumor. It's really Iris' (Candice Patton) story. Iris is the one who first really believes in this mysterious streak, this blur. He doesn't even get called The Flash until a little deeper into the season. But it's fun. It's fun and it's different. And we try to treat it as it would happen in the real world, where if somebody tells you about this mysterious red blur that pulled somebody out of a building, you would have skepticism and trepidation. There are a lot of people who are afraid of him at first too. But pretty soon, in the early part of next year, The Flash is going to make a big public appearance and Central City will be on its way to celebrating The Flash rather than fearing him.

Is it not a little weird that Barry's in love with his adopted sister, Iris?
Kreisberg: Hopefully not! Part of the thing is they've got so much chemistry. They're unbelievably cute together. I hope people won't see it as something icky, but sort of this almost fairy tale-like thing. That he's in love with her all of his life. And that warm special feeling about it rather than the bad version of it. If everybody can get over Luke kissing Leia, then we'll be fine, right?

Will we see the love square with Oliver and Felicity play out across both shows?
Kreisberg: Yeah. Barry Allen made such a big impression on Arrow last season. They were two of our best episodes. They were certainly two of our highest-rated episodes. And even after Barry left, he felt like a presence and certainly he had a big impact on Felicity. So it felt wrong not to come back to that story. And there's going to be a lot of "-icity's" this season. I think when you see Episode 4, the crossover, and you see the work that Grant and Emily do, I think as many people are going to be rooting for Barry and Felicity as Oliver and Felicity.

Will the show continue to have a case-of-the-week with Barry going up against different meta-humans?
Kreisberg:  The destruction of the S.T.A.R. Labs and the creation of the meta-humans is the great engine for the series, but we have Captain Cold coming up and we have Heatwave and we have the Pied Piper, who are all human villains with superior technology. It's not going to be monster-of-the-week. Sometimes it's villains who have technology. We already have some villains who are going to be recurring throughout the course of the season and I think, like Arrow, there's always the case-of-the-week to drive it, but there's the ongoing mysteries and relationships. And the mysteries that come up in subsequent episodes, that haven't even been alluded to in the pilot, that we will pick up. Certainly we have the mystery of Firestorm, Robbie Amell's character, and what happened to him the night the accelerator exploded.

Is there anything you can say about Harrison Wells' (Tom Cavanaugh) motivations?
Kreisberg: I think that his motivations are actually very pure. He wants The Flash to be kept safe and how that plays out over the course of the season is part of the ongoing mystery. But he's fervently on The Flash's side.

The Flash premieres Tuesday at 8/7c on The CW.

(Full Disclosure: TVGuide.com is owned by CBS, one of The CW's parent companies.) 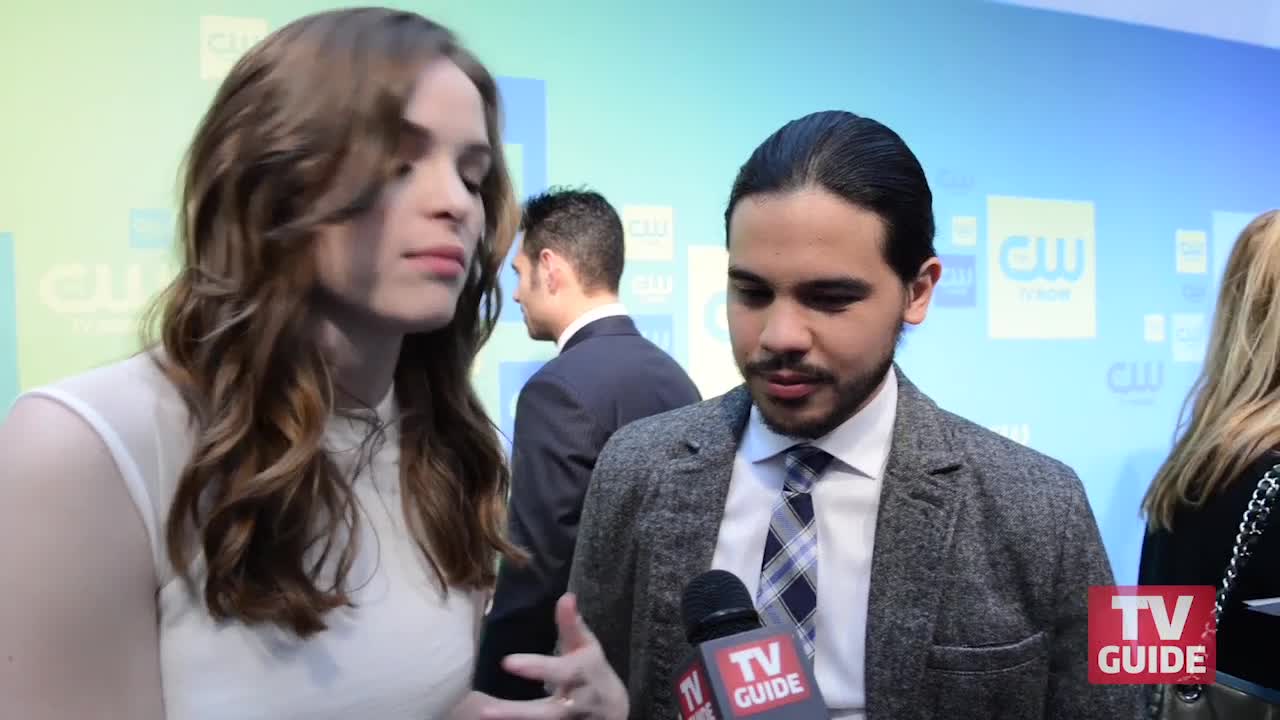