The Bachelorette's Chris Harrison: The Magic Mike Dance Was Both Hysterical and Horrifying

Like so many have before, one&nbsp;Bachelorette&nbsp;contestant go so drunk that he was ultimately sent home. On Monday's episode,&nbsp;Andi&nbsp;and the men from her group date capped off the fun day with an evening cocktail party. But soon into the party, it became clear that&nbsp;Craig&nbsp;had thrown back one too many. Although he made a valiant effort with his apology before the week's rose ceremony, it wasn't enough for Andi to give him a second chance. Read on for host&nbsp;Chris Harrison's&nbsp;thoughts on the episode including Andi's first kiss, two nearly perfect one-on-one dates and why next week's double episode leads to an emotional breakdown.

Like so many have before, one Bachelorette contestant go so drunk that he was ultimately sent home.

On Monday's episode, Andi and the men from her group date capped off the fun day with an evening cocktail party. But soon into the party, it became clear that Craig had thrown back one too many. Although he made a valiant effort with his apology before the week's rose ceremony, it wasn't enough for Andi to give him a second chance.

Read on for host Chris Harrison's thoughts on the episode including Andi's first kiss, two nearly perfect one-on-one dates and why next week's double episode leads to an emotional breakdown.

Eric seemed like he was perfect!
Chris Harrison:
People will see why we left his scenes in; they really showed what a great guy he is and how much he amazed everybody including Andi. That first date seemed surreal. There was no chance he was going anywhere, she had such a good time with him.
The Bachelorette's Chris Harrison: This season felt so much easier with Andi

It was eerie listening to him talk about a near-death situation. Did you hesitate putting that in?
Harrison: It's hard to watch and it is prophetic, but I wasn't hesitant. I thought it was very interesting to hear him talk about life and that you just never know, which is probably why he lived his life the way he did.

I don't know if I've ever laughed so hard watching a group date than this week's male revue.
Harrison: It was hysterical and horrifying and actually fun. I was impressed! It was all women in the audience, of course, and me. HavingSharleen and Kelly there made it really fun because it was little uncomfortable for Andi so to have a couple of girls to joke around with and size everyone up with was fun. While I was horrified, and there were a few places I would've rather been, it was cool.

Even Andi admitted it was ironic she was the one who didn't want to strip down on The Bachelor and now she was making the guys do it.
Harrison:
She knows psychologically there are things we do on the show to take you out of your comfort zone and it's tough, but especially important. You get the guys doing things that take their mind off of acting cool where they're just themselves and that's important for the Bachelorette to see, and Andi took note. You heard her talk aboutMarcus and say, "It looks like he's just looking at me." While it doesn't sound like much it made an impact on her since there were guys who just went out into the crowd dancing for other women. So she saw the guys who were there for her even though it was a fun goof-off event.

That night, Craig got wasted. Was it that bad?
Harrison:
He got plowed. He wasn't out of control, but he was the only guy [drunk] and it got to the point where he was distracting and ruining everybody's night so they sent him home to sleep it off. She's up for a good time, but like she said, "Remember what you're doing here and have a little respect." He didn't, he lost control. Everyone has done it, but c'mon.
I have to give it to him though because out of all the drunken idiots we've seen on the show, he gave the best apology with a song.
Harrison: The worst part was there was another two days before the rose ceremony and he didn't get a chance to see her. He was horrified and he woke up the next day and felt so bad. He knew he made an a-- out of himself and that's all you want; if you make a mistake, realize it and apologize which he did. I have no problem with the guy, we've all been there.

Chris had the second one-on-one which also went very well. He got the first kiss of the season!
Harrison:
People are going to absolutely fall in love with Chris, and Andi really gets who he is and appreciates it. He's a country boy, but ... has a sophisticated side a woman would be attracted to. Their date just went so well. It was a romantic day, he was just smiling all day and it made it easy for her to give him that kiss.

What did you think of Nick V's mini one-on-one date he planned at the cocktail party?
Harrison:
It was a smart play. He's not going anywhere, but he doesn't know that. You're never really sure how you stand. There were a lot of guys really pulling out all the stops, I think they quickly have surmised she's a catch and worthy of battling for.

Josh also got a kiss at the cocktail party!
Harrison:
Josh also played it smart in calling himself out, saying, "I know I'm an athlete and that guy women would typically run from." He's the good-looking athlete; every girl goes through that phase. When you're ready to settle down, it's a stereotype, but often times that's not a good or lasting phase. He knows that and she really respected it. Now whether it's true or not or just talk remains to be seen. But he could tell she was being hesitant.

Next week is a double episode and by the looks of the promos it's dramatic.
Harrison:
It's an emotional two-night event starting Sunday night, [which] will lead into the drama Monday night. Monday the boys also leave the house for Mohegan Sun and start their travels. But as good as things are going they come to a head.

It seems early for the week where the Bachelorette yells at the guys to go home if they're not there "for the right reasons."
Harrison:
It was really early, but it always happens. I told Andi there's always a point where the Bachelorette or Bachelor has, not a meltdown, but a "moment" and she has that earlier on. But I think it has to do with the guys and how quickly she realizes it's working.

What did you think of this week's episode?

Watch This Tonight: Find out why I Wanna Marry Harry is Tuesday's editor's pick: 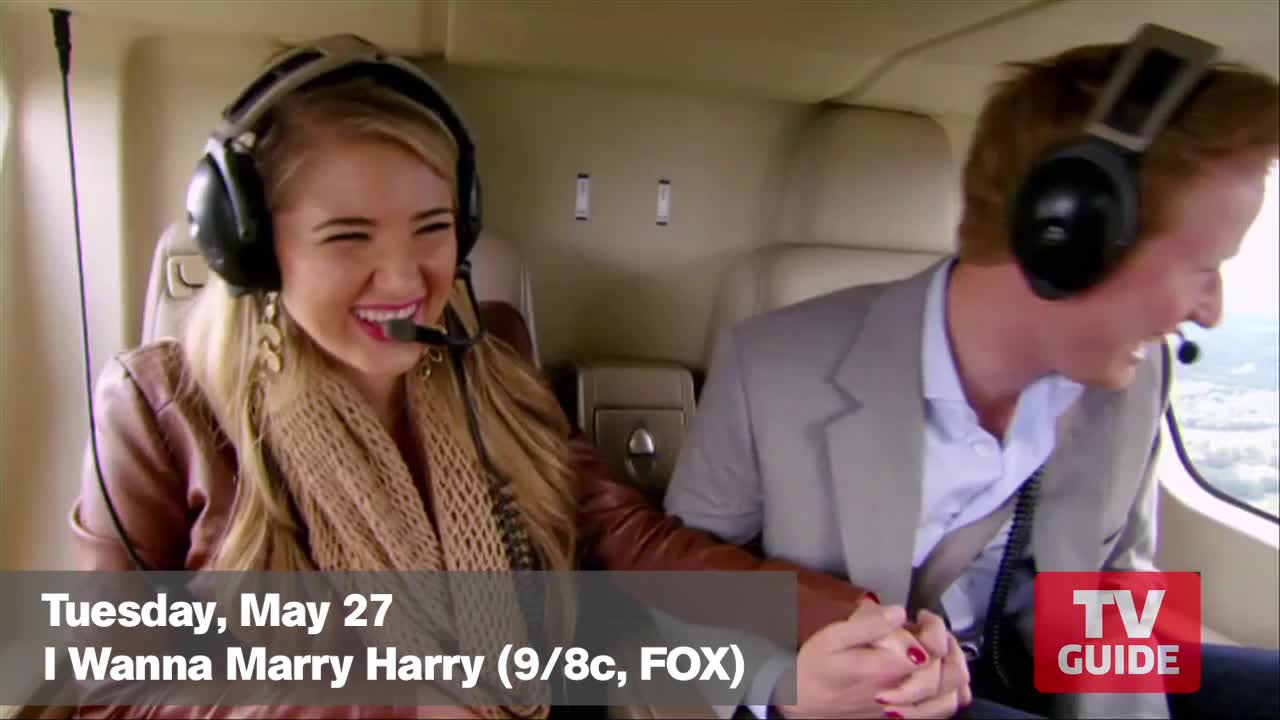