In 1380s England, a disgraced holy man (Paul Bettany) joins a traveling acting troupe and tries to solve a murder mystery by re-creating it during one of their performances. The film is rich with intrigue and atmosphere and boasts a fine supporting cast that includes Willem Dafoe and Brian Cox. Based on the novel "Morality Play," by Barry Unsworth (the movie is also known by that title). Simon McBurney, Ewen Bremner, Gina McKee, Tom Hardy.

While he mostly stars in period movies like Master and Commander and A Knight's Tale, Paul Bettany still keeps up with small-screen trends. In fact, studying the history of the Middle Ages for his new film, The Reckoning (now in limited release), made him worry what future generations will think of us, based on reality TV. The mere idea sends Jennifer Connelly's otherwise placid husband into a frustrated tirade. "I'm so frightened that in 2000 years time, some archaeologist is going to come across some video of a reality-TV show," Bettany says, "and go, 'This is what they were watching? Who were these f------ idiots? What were they doing? They spent money to watch somebody in their f------ room, sitting there talking 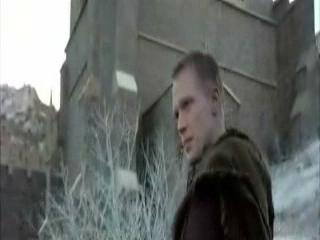