Set on the Channel Islands in 1945, this atmospheric ghost story deals with a troubled young mother (Nicole Kidman) who moves her two children into a spooky mansion while awaiting the return of her long missing husband from the war. Alakina Mann. Alejandro Amenabar, whose Spanish film "Abre los Ojos" was remade as "Vanilla Sky," wrote and directed. Christopher Eccleston, Fionnula Flanagan, James Bentley.

Lost Meets an Original Other

In case you didn't sign up for the Ausiello Scoop newsletter in time to receive last Wednesday's inaugural edition, here's the exclusive piece of prattle you missed out on: It was only a matter of time before the Others collided with The Others. Sources confirm that Irish actress Fionnula Flanagan &#151; best known for her Oscar-worthy turn as Nicole Kidman's spooky housekeeper in The Others (and more recently for her role on Showtime's Brotherhood) &#151; is in Hawaii shooting a guest stint on Lost. Will she literally cross paths with an Other, thus causing the universe to explode? Doesn't sound like it. Executive producer Carlton Cuse hints that she's playing "a person very important in Desmond's life." In related news, just 86 more days until Lost returns!

ABC's Lost&nbsp;wouldn't be our favorite twisty-mystery series if the season-ender didn't bring up more questions than it answered. Here's our take on the most mind-bending moments from this year's finale. The OthersThey say they're "the good guys" — and we agree. We think "Henry Gale" and Co. are one-time Dharma Initiative members gone rogue. Now they are committed to stopping the Initiative's crazy testing and they need strong-willed Jack, Kate and Sawyer to help them. The Dharma InitiativeSo the Initiative —&nbsp;with all its testing in meteorology, psychology, parapsychology, zoology and electromagnetism —&nbsp;is evil? Hell, yeah. Polar bears in the tropics, a phoenix rising and human guinea pigs — this can't be good. Widmore L 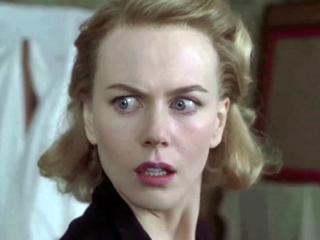