In this winning comedy, the carefree life of a superstar bachelor quarterback (Dwayne "The Rock" Johnson) is disrupted when he discovers that he has an 8-year-old daughter (Madison Pettis). She turns up on his doorstep and soon he's scrambling to fit his football career in with her ballet lessons and other girly pastimes. Johnson and Pettis display a most engaging chemistry. Kyra Sedgwick is a blast as his high-powered and high-strung agent. Directed by Andy Fickman.

USA Network has grabbed basic-cable dibs on the big-screen hit The Game Plan, to air in October 2009.... Lifetime has picked up rerun rights to ABC's Wife Swap, to start unspooling October '08.... Aaron McGruder has inked a deal with the comedy site Super Deluxe to create The Super Rumble Mixshow, a live-action series chockablock with the Boondocks creator's racially charged humor.... WE TV on Jan. 4 premieres Ugliest House on the Block, a six-episode home makeover series... about my neighbor? Seriously, those blue shingles are ghastly.... PETA invites you to give the Olsen twins a shake. (Fun stuff, frankly.)

The Game Plan, a Disney comedy starring Kyra Sedgwick (that's my spin and I'm sticking to it) topped the weekend box office with a $22.7 million opening. The weekend's other major new release, Jamie, Jen and Jason's The Kingdom, placed second with $17.7 mil.Rounding out the top five were Resident Evil: Extinction ($8 million), Good Luck Chuck ($6.3 mil) and 3:10 to Yuma (clocking in with another $4.2 mil).In very limited release, both The Darjeeling Limited (aka the Owen Wilson-in-a-head-bandage film) and Ang Lee's Lust, Caution opened strongly. 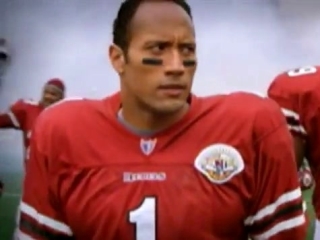