Steven Soderbergh's acclaimed debut feature focuses on a voyeur who uses a video camera to unlock the inner secrets of women.

As Holly Hunter's churchgoing confidante on the gritty-yet-spiritual Saving Grace (Mondays at 10 pm/ET), Laura San Giacomo gives notice that TNT's uncompromising new drama is no one-woman show. We spoke with the former Just Shoot Me star, who reflected on her career, working with Hunter and matters of faith. TVGuide.com: Do you believe in angels? Do you believe in God?Laura San Giacomo: [Laughs] Well, it's certainly something I've had to examine over the last couple of months. I've always been kind of a spiritual person, but I've really had to focus a lot on God. Rhetta believes in God and is a Catholic and I was raised Catholic so I understand that world. So I've just been reading lots of things about Catholicism. Lots of books by scientists who believe in God. Also a bit of watching the Colin Hawkins debate

Blazing Saddles, Fargo, Groundhog Day, Halloween, Notorious, Rocky and sex, lies and videotape are among the 25 films selected this year for inclusion in the National Film Registry, Variety reports. This update to the catalog of "culturally, historically or aesthetically significant" films to be preserved in perpetuity also includes the silent fare Flesh and the Devil (the first on-screen pairing of John Gilbert and Greta Garbo) and Tess of the Storm Country (the 1914 feature that made Mary Pickford a star).Before you start grumbling, Liar, Liar, made in 1997, was not yet eligible. 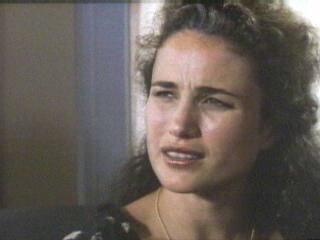