Hubert Keller: Secrets of a Chef

Get Ready to Rio! With Chef Hubert Keller

Top Chef: Just Desserts' Orlando: I'm Sorry I Came Off As the Villain

How tough was it for Orlando Santos to get the boot from Top Chef: Just Desserts one week shy of the finale? "Between Judges' Table and the stew room, I think I had completely lost every feeling that I had," he tells TVGuide.com. "When I got to the stew room, seeing everyone just brought back the emotions and all the effort and time it took to get me where I was. It was very, very difficult. When I left off-camera, it was even harder, just walking away knowing I was so close to the finale, and I just broke down." Santos was shown the door for his dessert-in-disguise paella &mdash; the critique of which he found "a little disturbing." Find out why he disagreed with the judges, if he considers himself this season's villain and why he worships Cat Cora. 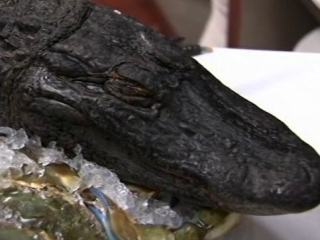