The cast and producers of&nbsp;Sleepy Hollow&nbsp;gathered together to help close out New York Comic Con&nbsp;on Sunday. And while they remained tight-lipped about some things (when are we ever going to learn more about Abbie's mom, amiright?), they did let more than a few secrets slip. Check out the nine best and biggest reveals below:

The cast and producers of Sleepy Hollow gathered together to help close out New York Comic Con on Sunday. And while they remained tight-lipped about some things (when are we ever going to learn more about Abbie's mom, amiright?), they did let more than a few secrets slip. Check out the nine best and biggest reveals below:

1. Ichabod (Tom Mison) learns to drive And it goes just about as you can imagine. As viewers will see inMonday's episode, Ichabod has been practicing his skills behind the wheel with Jenny (Lyndie Greenwood) behind Abbie's (Nicole Beharie) back and he's already as skilled controlling horsepower as he is on horseback. Only much to Abbie's disapproval, it seems that Ichabod's convict instructor hasn't exactly instilled in him a good sense of what constitutes safe and legal driving. But after their thrilling spin around the parking lot, Abbie and Ichabod have a brief heart-to-heart that will leave Ichabbie fans quite pleased.

Fall TV Popularity Contest: Which new shows won you over?

2. The Pied Piper will hit close to home for Abbie In Sleepy's iteration of this iconic fairy tale (airingMonday), the Pied Piper is a man who sold his soul to a demon and has haunted the local Lancaster family as retribution for a betrayal during the Revolution. On the 10th birthday of every Lancaster girl, the Pied Piper lures the child out to the woods where he kills her and uses her bones to make more flutes. (Nightmares.) But when he takes the daughter of Abbie's case worker, she refuses to let the curse continue.

"What I love about this show is you've got characters like Abbie, and Katrina (Katia Winter) and Abbie's mother and trying to figure out what the mother should have done to protect her children. And Katrina feels it and certainly maybe eventually Abbie and Jenny's mother feels it, but this is an extermination of that. It's another piece of that same puzzle," pointed out Sakina Jaffrey (Sheriff Reyes).

3. Irving's (Orlando Jones) future doesn't look good  After discovering his lawyer is the Horseman of War (John Noble), Irving sets out to do research on Monday's episode and ultimately discovers the depth of his despairing situation. In a fire-filled vision of what his future holds, Irving sees himself transformed into a black-eyed, cop-killing machine. "At the end of the day, that could be my life," Jones lamented. "I've sold my soul to the Horseman and now I'm a soldier for the other side. I mean, killing people, that's cool and all. Thematically, it's very sad to me and it's awesome to see him that way but I wish it was for the side, that it was the fight for good and not evil."

4. Hawley (Matt Barr) will be faced with the truth While hunting the Pied Piper, Abbie and Ichabod encounter a wounded Hawley in the woods and make a deal to enlist his help. Despite all the warning signs that the Pied Piper isn't just a legend, Hawley remains blind to the reality of the situation. That is, until he comes face-to-face with the demon himself. How — and if — he survives remains to be seen, but the encounter will surely change his mind about the existence of the supernatural and hopefully secure the team a helpful new ally.

5. You will hear Ichabod and Abbie sing When a fan mentioned how talented a singer Mison is, shocked producer Len Wiseman set out to find out the truth by texting the star. "There are many things you don't know about me," Mison responded. And it seems we'll all soon hear the proof because as speculation about Mison's other secret skills continued ("He's probably a dancer, as well," Greenwood remarked), showrunner Mark Goffman revealed this season will feature an episode where Ichabod discovers karaoke. "We will get to see them sing," Goffman confirmed.

6. Producers promise a more sensitive portrayal of mental illness going forward When a brave fan took the mic to question the producers about the problematic portrayal of mental illness on the series, in which it's often used for laughs, the producers ensured that they take the subject very seriously. "One of the things I think we can do with a fantasy show is try to enlighten and talk about some issues that are serious within the fantasy context and that's what we're trying to do most of the time," Goffman said. "There are a couple of episodes coming up where we try to give it it's due and give it the respect it deserves."

7. Abbie and Jenny have a bumpy road ahead After being estranged for most of their lives, Abbie and Jenny have worked so hard to become close again — but that doesn't mean it's always going to be easy working together. "With this crazy world that they're living in there are going to be challenges that they're going to have to face together and they're very different people. Their methods of approach are different. So were going to have to see how the sisters negotiate that," Greenwood warned.

8. There's still hope for a SuperSleepy homage Jones and Supernatural star Misha Collins are huge supporters of the Sleepy Hollow and Supernatural mash-ups that fill Tumblr and it turns out the producers are too! Though the logistics haven't been worked out, Wiseman revealed the idea of a winking tribute toSupernatural isn't too far-fetched. "That's come up quite a bit and it would be fantastic. How that works, no idea," Wiseman said.
9. Producers promise another bonkers finale Wiseman and Goffman revealed they already have the entire season planned out, right down to the finale. And while the crowd at NYCC admitted they never saw the Henry reveal coming, it appears that viewers gifted with the powers of deduction might be able to tease this one out. "It's the promise of big twists like what we had in the first season. And so we've planned that so when those moments come they're not a cheat. We're planting a seed you can watch and go back and know that was actually planned," Wiseman said.

Fall TV Editors' Picks! Why Jane the Virgin's Gina Rodriguez is the breakout star of the fall season: 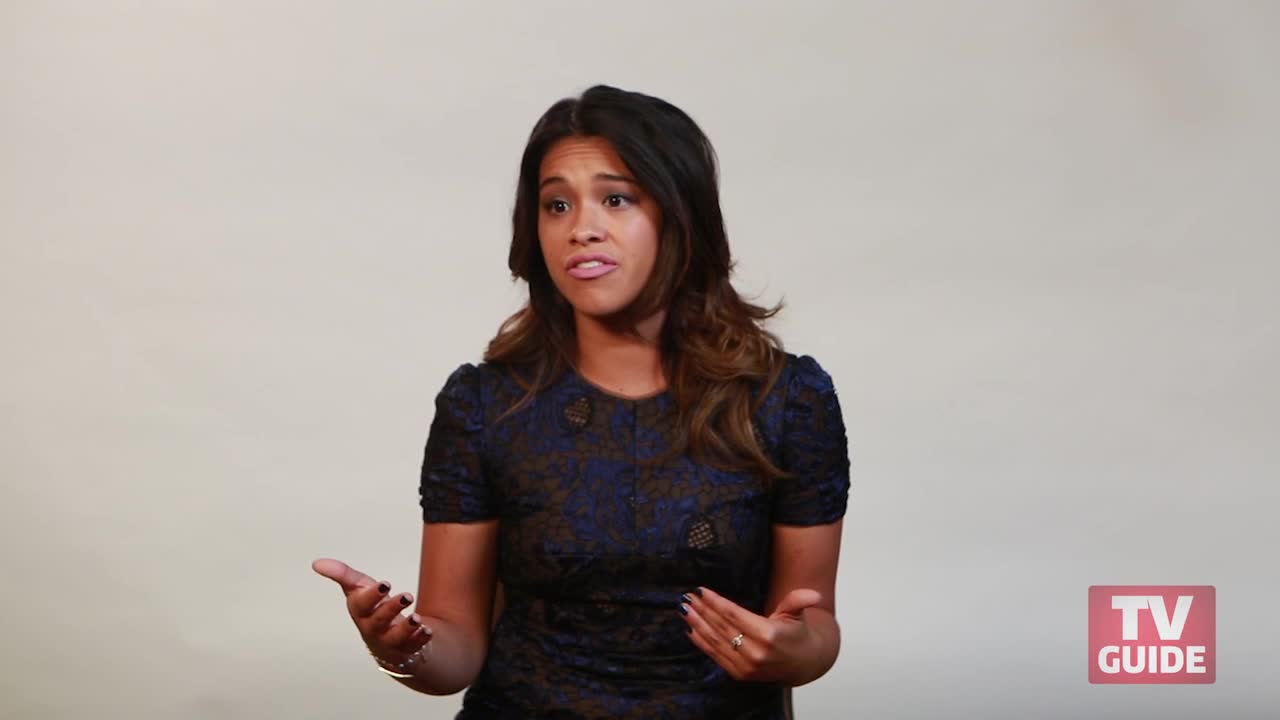