Once Upon a Time Bosses Hint at a Magical Cruella, Promise More Robin Hood

The Once Upon a Time powers that be won't be going by the storybook this time.On the midseason finale on Sunday, Rumplestiltskin (Robert Carlyle) was forced by his wife Belle (Emilie de Ravin) to step over Storybrooke's town line and thus into our magic-free world. Naturally, he's already devised a plan to get his previous life back, but it required allying with his former enemies, the Queens of Darkness...

[WARNING: The following contains spoilers from the winter finale of Once Upon a Time. Read at your own risk, dearie!]

Will we see any of what happens to Robin Hood, Marian (Sean Maguire, Christie Laing) and their son in our world?
Horowitz
: Absolutely. Their story is not over.
Why did you decide not to show Anna and Kristoff's (Elizabeth Lail, Scott Michael Foster) wedding?
Kitsis:
What we loved about Frozen was it was about the sisters. What was inspiring to us was telling a story about two sisters. We wanted to begin and end with the two sisters. It was never about the wedding for us as writers; it was about their relationship. So we didn't feel that was necessary or as interesting as the two of them clasping hands and going into [the wedding].
What did you think of the winter finale? Are you excited about Team Operation Mongoose taking on Rumple and the Queens of Darkness?
Once Upon a Time returns for the second half of its season in March on ABC.
On the Set: How Once Upon a Time created Anna's wedding dress 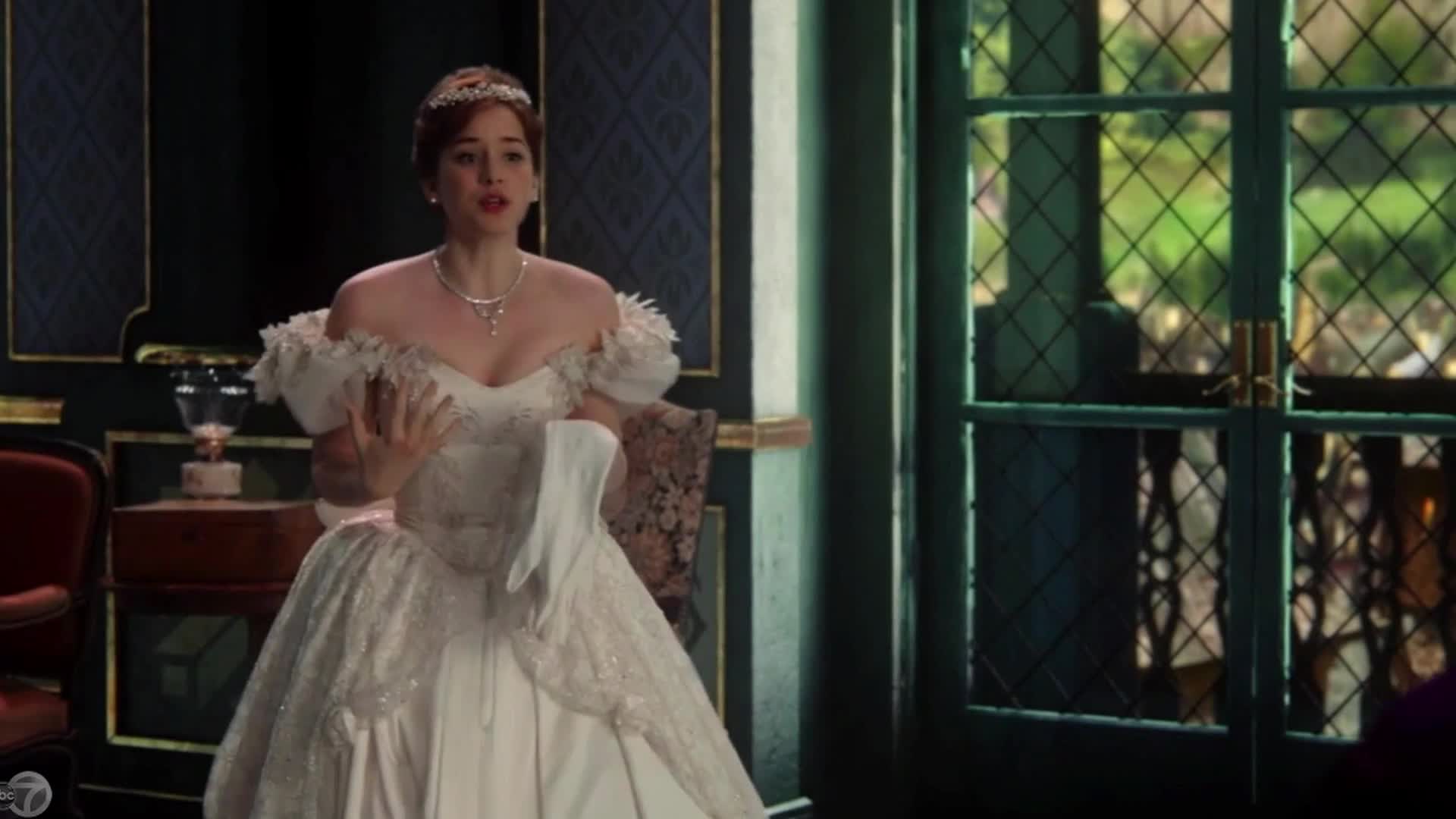