Rob Thomas on _iZombie_'s Epic Finale: "Not Everyone Survives"

If Ravi dies, we riot

iZombie's first season ended with an exhilarating finale that brought all the storylines together in a (literally) explosive conclusion. But according to creator Rob Thomas, we haven't seen anything yet.

"I think [the Season 2 finale] dwarfs it," Thomas tells TVGuide.com. "As big as last year's was, this one is undoubtedly bigger. I actually can't believe we pulled it off. It's as close to a zombie movie as I think we can manage."

But once again, viewers shouldn't necessarily expect everyone to survive the finale unscathed - or even alive. Check out everything Thomas revealed about iZombie's finale below:

It's not easy for a zombie to survive in custody, as we previously saw with Liv (Rose McIver). How will Major cope without brains?
Thomas: It's the driving question of this next episode just before the finale. It's, "What are they going to do about Major in jail?" And Liv will go to great lengths to save him.

Major was always against becoming a zombie, so will he seriously consider taking the cure despite its side effects?
Thomas: It's certainly a focus of what's coming next. We intentionally put him on positivity brains right when he became a zombie so we didn't have to spend the hour seeing him wrestle with those demons. And whether or not he decides to take a cure that, by all appearances, robs him of all of his memories. That's sort of his new Sophie's choice.

Other than memory loss, are there more side effects from the cure?
Thomas: It's possible, but that's all we deal with in Season 2. We will not see more side effects this year. I'm leaving the door open that it's not the only side effect as we move into Season 3.

How is Blaine (David Anders) coping now that he knows how terrible of a person he was pre-memory loss?
Thomas: We're going to have fun with that idea. Who is Blaine if he doesn't remember all these horrible things he did? Is he just wired down to his core to be a criminal? Or if he doesn't have memories of his abusive father or horrible upbringing or all the things that may have turned him to crime, who is he now and how does he fit into the universe? The next two hours of iZombie go by so quickly that there is no great soliloquy or scenes where we see Blaine wrestling with that, but it will be part of the storyline moving forward form here. And certainly, in the finale he has to answer the question of, "Am I a hero or a villain?" That gets dropped on him and he has to make a decision.

iZombie: Rahul Kohli on why we won't learn more about Ravi anytime soon

Despite everything she knows about him, Peyton (Aly Michalka) still seems emotionally invested in Blaine. How will that relationship continue to play out?
Thomas: We continue to be interested in the Ravi-Blaine-Peyton triangle. It's a triangle that Blaine isn't even quite aware exists at this point. But those three characters do get shoved together in the finale and that question comes to the forefront.

What are the next steps in Vaughn's (Steven Weber) evil plan?
Thomas: It takes a dramatic turn. He has had this plan to release this new energy drink that he thinks is going to blow the world away. ... But somebody comes in with a last-minute opportunity for him to make all that money and make it faster by going in a different direction.

It sounded as though Vaughn's lackey whispered to him about a storage shed. Does that mean Vaughn knows Major didn't kill any of the zombies?
Thomas: Yes, he definitely whispers the world storage shed, which would imply that they might be on to him. But that's all I want the audience to know at this point.

The frozen zombies are like the Chekov's gun of this season.
Thomas: Yes, the frozen zombies have been keyed up. They will definitely be the carrot at the end of the stick, for many reasons. Major and Liv feel as though they need to save those people. 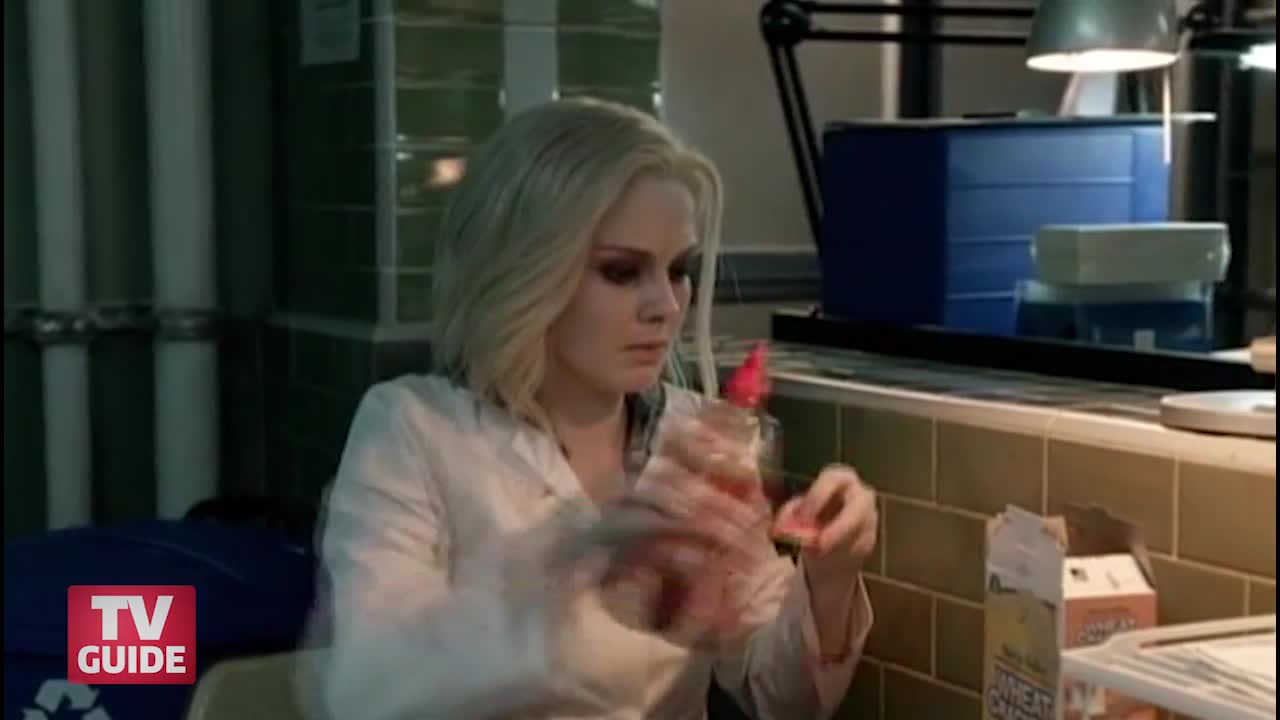 That would also get Major off the hook because they can't convict him for murder if his alleged victims are alive.
Thomas: That's very true. It would be tough convicting him if those people show up again.

Is there still hope for Liv and Drake (Greg Finley), if he ever gets unfrozen?
Thomas: Sure. Yeah. I think they have a real thing.

Is there potential for Clive (Malcolm Goodwin) finding out the truth about Liv soon? And if he did, how would he handle that type of information?
Thomas: I would hate to give that way. The audience is so salivating for that moment. I did love reading some of the reactions, because for the first time in the last episode Clive heard the word "zombies." Now, he's heard zombies and even though it sounded so dopey to Enrico Colantoni's character, he knows about missing brains and kids with their brains cut out. Clive's certainly the horse that's been lead to water, so it's the question of when and if he'll drink.

Now that Peyton has moved back in with Liv, is there the chance she'll be a series regular again next season?
Thomas: Who knows whether she'll survive this season. But I will say I love Aly and we're a better show when Aly is in it. ... Certainly, if we had all the money in the world she would be a series regular. I wish she were now. We hold our breath each pilot season hoping no one takes away from us. When she left all of the sudden last year, she did a pilot and we didn't know if we'd be getting her back. So if she's alive at the end of this year, I'd love nothing better than if she were a series regular.

Does this mean we should expect some big deaths?
Thomas: Like last year, not everyone survives. That's for sure. I will say there will be blood.

Ken Marino is also going to appear in the penultimate episode. What can you say about who he's playing?
Thomas: He plays Washington State's best defense attorney, hired by Vaughn because he wants Major out of lock-up before Major talks. ... It's a great Ken Marino role. He makes me so happy in that episode. And it's a character who, like Vinnie Van Lowe in Veronica Mars, there's always a need for a top-notch defense attorney.

You've had so many guest appearances from the Veronica Mars andParty Down casts. Now that you've been renewed for Season 3, are you thinking about who you'd love to have on next?
Thomas: I absolutely want to have Kristen Bell come on the show. That's the dream. And I think it will happen someday. Honestly, if we didn't film in Canada and she didn't have two small children, I think it would have happened by now. Next year, she's got her own new show, so it might also be difficult to work out, but someday that will happen. ... And then I'd love to have Adam Scott on. I'd love to have Martin Starr. Certainly, I'd love to have more Veronica Mars people.

I don't know if you saw the episode where they visited the set of Zombie High, but we did think that having Jason Dohring and Chris Lowell playing those two characters would be hilarious. However, Jason was filming in Atlanta and Chris was already booked. We did see if they were available for that, because it would have cracked us up. Jason Dohring is pretty method already, but getting to dial up the method acting would be pretty hilarious.

What was it like getting to work with your name doppelganger Rob Thomas?
Thomas: It would be nice to say we get a lot of each other's stuff, but the truth is, I probably get a ton of his stuff and he occasionally gets something of mine. So we've been in touch a little bit over the years. And when we thought of the Super Max jingle, [a writer] thought it would be funny to get Rob Thomas, and I loved that idea. I just loved the meta-ness of it. So I just direct-messaged Rob on Twitter. And at that point we said, "Well, let's have him do the jingle." Shortly thereafter it was, "Hey, and if he can do the jingle, let's have him play the Super Max launch party."

What I love is I just direct-messaged Rob and I heard from him within an hour. He said, "Hey, I'm coming back from tour in Australia at that time, but if we can make the dates work, I'm in." The fun thing is, and I didn't know this before, but he's totally on top of iZombie. He watches the show and even when we sent him the script for the finale he didn't want to read it because he didn't want to be spoiled.

iZombie airs its two-hour finale on Tuesday at 8/7c on The CW.