The Neighbors' alien love triangle will come to a head this week.
On Friday's episode (8:30/7:30c, ABC), just as Reggie (Tim Jo) and Amber (Clara Mamet) are about to have a movie date night, they are interrupted by none other than Jane (Megan Park), who comes bearing Rice Krispies treats and plonks herself right on the couch.

"Sure, that makes sense. Date night with a girl, her boyfriend and her boyfriend's soul mate — the E.T. who won't go home," Amber quips in the exclusive sneak peek below. Watch below to see what Amber does next. The Neighbors airs Fridays at 8:30/7:30c on ABC. 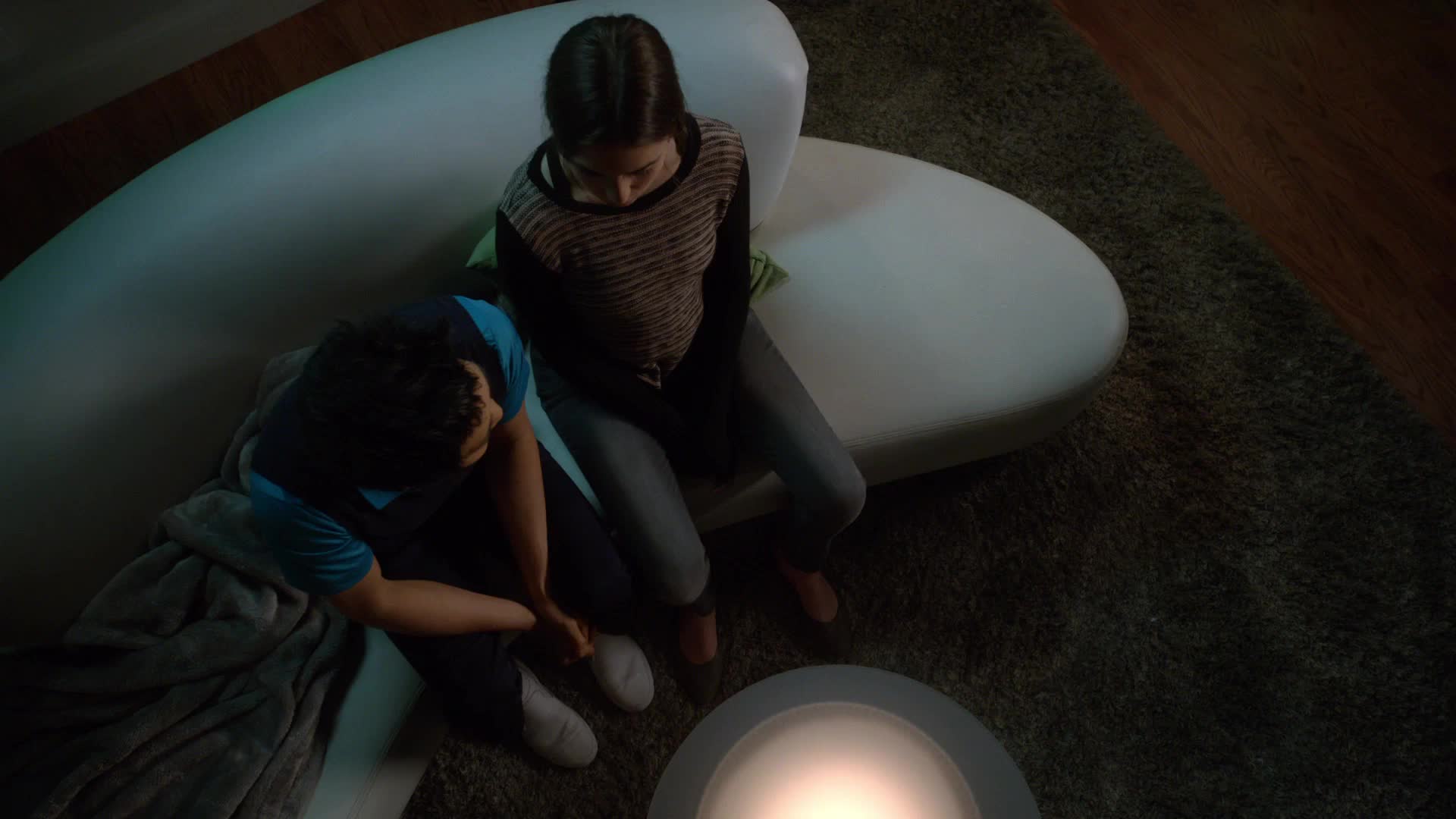