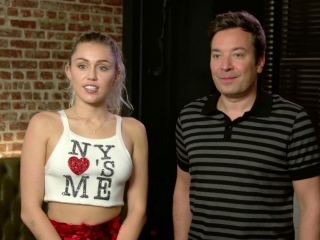 Late Night Hosts React to Attempted Coup at the Capitol: 'The Treason Finale of the Donald Trump Era'

'Who could have seen this coming? Everyone,' said Stephen Colbert

Watch Jimmy Fallon Get Schooled on Juneteenth by the Astronomy Club

It's funny and educational!

48 Seasons
Landmark, Emmy-winning satire from an ever-changing company of 'Not Ready for Prime Time Players' who rode the variety show to fame, including (to name just a few of its celebrated grads) Eddie Murphy, Dana Carvey, Chevy Chase, Bill Murray, Dan Aykroyd, Al Franken and Mike Myers.
1975 TV14 Music, Comedy, Other
Watchlist
Where to Watch

3 Seasons
Set in Philadelphia during the early '60s, the NBC drama series American Dreams concentrated on the Pryors, an Irish-Catholic family struggling to make sense of the great sociological changes being wrought upon the world -- and themselves. The first episode, ostensibly built around the determination of 15-year-old Meg Pryor (Brittany Snow) to appear on the locally produced TV dance show American Bandstand (whose host, Dick Clark, was one of American Dreams' executive producers), veered sharply into an entirely different direction with the announcement that President Kennedy had been assassinated in Dallas, an event that would inexorably shape the future of the entire family. Other characters included family patriarch Jack Pryor (Tom Verica), the traditionalist owner of a TV sales shop; Jack's wife Helen (Gail O'Grady), an incipient feminist who had begun to realize that a whole new world existed outside of her home and family; son J.J. (Will Estes), whose plans to attend Notre Dame on a football scholarship were sidetracked by his blossoming radicalism; the two younger Pryor children, Will (Ethan Dampf) and Patty (Sarah Ramos); Meg's best friend Roxanne (Vanessa Lengies); and the family's African-American friends, Henry and Sam Walker (Jonathan Adams, Arlen Escarpeta).
68   Metascore
2002 TVPG Drama, Music, Family, Other
Watchlist
Where to Watch