Animated comedy about a dentist trying to bring his family closer by traveling together in an RV.

Miami Medical10/9c CBS The Jerry Bruckheimer-produced medical series was on life support shortly after its anemic debut back in April and the plug was pulled soon thereafter. CBS has been burning off the remaining episodes over the past few weeks, and the last one airs tonight. In the series finale, serious ethical questions arise for Proctor and Zambrano as they are faced with difficult decisions concerning the lives of their patients.Read on for previews of the World Cup, America Celebrates July 4th at Ford's Theatre, House, Knockout Sportsworld, Glenn Martin, DDS and Merlin.

Winter Olympics8/7c NBC The team of Shen Xue and Zhao Hongbo go for China's first-ever gold medal in the pairs figure skating final tonight, having won the bronze in two previous Olympics. While their toughest competition should come from German and Russian pairs, a couple of up-and-coming U.S. pairs could be interesting. Caydee Denney and Jeremy Barrett, together for only 18 months, surprised many by winning the U.S. Nationals last month, while Barrett's girlfriend, Amanda Evora, with partner Mark Ladwig, took second and the other Olympic berth. Also on the ice, the U.S. goes for its third straight gold in speedskating's 500m, with Tucker Fredericks a long shot to follow Casey FitzRandolph (2002) and Joey Cheek (2006) to the top of the podium. Seth Wescott, the 2006 winner in the inaugural snowboard cross, is back to try for his second straight gold. Daytime events feature what looks to be America's best-ever cross-country team, featuring World Championship silver medalist Kikkan Randall in the women's 10km.Read on for previews of The Bachelor: On the Wings of Love, Glenn Martin, DDS, Greek and Damages.

The Closer9/8c TNT A little close-up on The Closer: The crime-time show begins closing its seasonal string of episodes (the summer finale airs next week), and Sosie Bacon, thespian daughter of Kevin Bacon and series star Kyra Sedgwick, continues her guest-star arc tonight. Brenda, while playing kiddie sitter to rebellious niece Charlie (Bacon), must snoop when a shooting on a school parking lot results in one person's death and another's critical wounding. Landing squarely in the middle of the case: none other than Charlie. Meanwhile, gruff but lovable Provenza is ready for a big life change.Read on for previews of Glenn Martin, DDS, House, Fixer: The Taking of Ajmal Naqshbandi and Weeds. 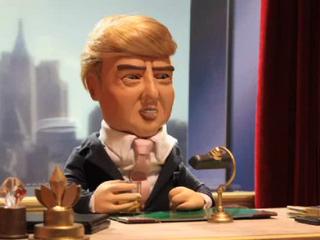