An artist lamenting that his job is merely to copy works of art rather than exercise his own creative mind is inspired by a roller skating muse. He crosses paths with a construction company owner who wishes to return to his music roots.

Blondie is lending songs &#151; including "Heart of Glass" and "One Way or Another" &#151; to a West End musical based on the 1985 Madonna film Desperately Seeking Susan, says the AP. Emma Williams (Bat Boy) will channel the Material Girl.... Claire Danes makes her Broadway debut as Eliza Doolittle to Jefferson Mays' Henry Higgins in Pygmalion, opening Oct. 18.... Xanadu, whose Broadway bow was visited by one Olivia Newton-John, is drawing primarily positive reviews. The New York Daily News, for one, deemed the production "90 minutes of souped-up silliness" that translates into "a cure for the summertime blues." The Post, alas, offers one of the few grand slams, calling it "an absolutely ghastly show." I report, you decide.

Tony Danza, who over the past few years has transformed himself from has-been to sought-after song-and-dance man, will star as Max Bialystock in the Las Vegas production of The Producers, says Extra. The Who's the Boss hunk previously played the role on Broadway.... A few weeks after announcing that Annette Bening would star in the upcoming L.A. staging of The Female of the Species, Playbill says the three-time Oscar nominee will subsequently travel with the play to Broadway next spring &#151; the first time in 20 years Bening has graced the Great White Way.... In case you missed it, Doogie won't be seen roller-boogying in Xanadu. The producers of the problem-plagued production tapped Cheyenne Jackson to replace the musical's injured male lead. &#151; Reporting by Raven Snook

You have to believe... it was meant to be. Despite buzz that Veronica Mars herself, Kristen Bell, might front a Broadway musical based on the infamous film Xanadu, the Olivia Newton-John role has instead gone to Kerry Butler, who last graced the Great White Way as Little Shop of Horrors' Audrey and recently lathered up One Life to Live. Though Jane Krakowski sold investors on her rollerskating reading in the workshop, yet ultimately had to defer to her 30 Rock obligation, lead producer Robert Ahrens says in a statement that Butler, who created the role of Kira in the first Xanadu reading, "was our first choice, and we are thrilled that her schedule has now opened up to join our production."Xanadu will no longer open in time to be eligible for for the 2007 Tony Awards, but instead will start previews on May 23, then officially open June 26.

A PLACE THAT NOBODY DARED TO GO...

... and&nbsp;to which nobody should be returning. Nonetheless, a stage adaptation of the 1980 movie musical Xanadu is, for better or worse, bound for Off-Broadway, roller-skates and all. Christopher Ashley (All Shook Up) will direct what I can only assume will be the most camptacular show to debut in spring 2007. Now then, is it too early to start campaigning for Kylie Minogue to step in for her fellow Aussie Olivia Newton-John in the lead? 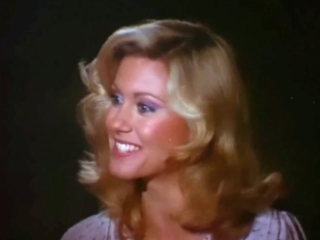