Four city dwellers take on the white water of a river in the backwoods of Georgia to enjoy the beauty of nature before a dam project ruins it. But the group gets separated, and the river and its surroundings are much worse than expected.

Cheers & Jeers: Louie the 14th (To Do the Same Old Jokes)

Jeers to Louie for trafficking in clich&eacute;s and ugly stereotypes. Louis CK's FX "comedy" has been praised for its edgy style, but when you look past the gritty-indie camerawork and ooh-aren't-we-daring? use of politically incorrect epithets (including the n-word in a repugnant vignette about how African-Americans allegedly don't leave tips), it's as boringly conventional as TV gets...

SupernaturalLast week Sam and Dean posed as hot priests. This week they become hot Minnesota state cops in order to track down some decidedly unsupernatural kidnappers. And that's what I liked about this particular episode: The brothers are lookin' for something that can't be explained when, in reality, the crimes are being committed by human monsters who capture men, let them loose, then hunt and kill them. To borrow a quote from an earlier Supernatural, these psycho-nut hillbillies are "nine kinds of crazy." OK, is there anything better than Dean in full-on big-brother mode? After Sam gets taken, we get plenty of scenes with Dean being all lost and/or protective and/or vulnerable and/or ready to kick some serious ass. Sometimes all of the above at once. A 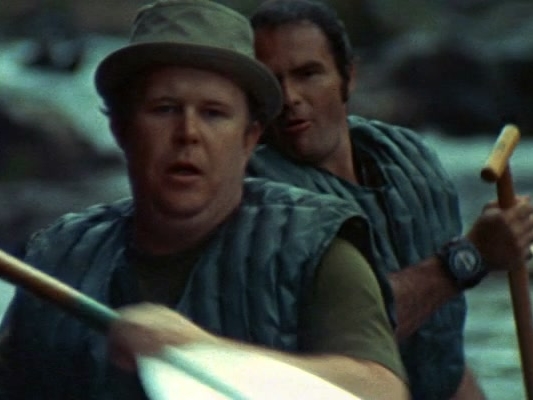