The Thursday Playlist: Family Comedies and an Originals Spinoff

This fall you can really feel the Modern Family influence in the development of most networks' new comedy slates, and it's especially noticeable on NBC's Thursday lineup. With the exception of the long-running Parks and Recreation, which until the double expectancy whammy of Ann Perkins and Ron's Diane had been curiously child-free for a show supposedly set in America's heartland, NBC's new sitcoms are very much in the family way, for better or worse. One actually bills itself as Welcome to the Family (8:31/7:31c), and if familiarity is a prerequisite for your viewing patterns, you'll feel right at home here. This innocuous domestic farce pivots on a culture clash between...

In his eight years playing Eva Longoria's TV husband Carlos Solis on Desperate Housewives, Ricardo Chavira never asked her for a single favor. But to bring attention to his new NBC sitcom ...

Keck's Exclusives: How Desperate Housewives Stars Would End the Show

In May, ABC's Desperate Housewives will sign off after eight crazy, emotional seasons of sex and scandal. Coming up: One housewife goes broke, another discovers a secret about her child's sexuality, and one character pictured below won't live past March. The cast tells me they'd like to see even more shockers in the series finale.

Desperate Housewives star Ricardo Chavira was arrested on suspicion of driving under the influence, TMZ reports. Check out the rest of today's news The 39-year-old actor, who plays Eva Longoria's husband on the ABC series, was...

Playing the scorned spouse isn't always easy on a guy, especially if he comes from a machismo Latino background. Both a Texan and Mexican-American, just like his TV-wife Eva Longoria, Desperate Housewives' Ricardo Antonio Chavira gets plenty of teasing for all the sleeping around Gabrielle does behind Carlos' back. Being a jailbird under house arrest &amp;#224 la Martha Stewart doesn't help his image much, either. So far, Chavira's gotten mixed reactions from the Hispanic community."It's funny," the amiable 33-year-old says. "Latin women are like, 'Shame on Gabrielle for doing what she's doing. She doesn't know what she's missing!'" Since Carlos spends a good amount of time wearing just a towel, we have some idea... "The men are all, 'Hey, you know your wife's sleeping with your gardener?' And I'm like, 'No s--t, guys.' Or they're like, 'Hey, when are you gonna 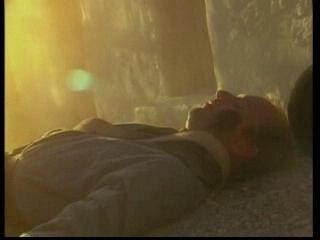