A 10-year-old boy disappears during a treasure hunt, which leads to a revelatory investigation. 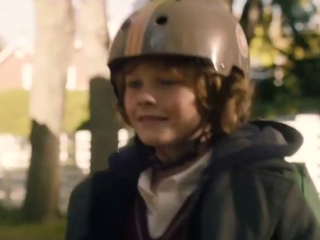 3 Seasons
A Syrian doctor with battle-tested skills in emergency medicine, flees his country and must learn to navigate a new environment in the Emergency Department of one of the best hospitals in Toronto, York Memorial.
66   Metascore
2020 TV14 Drama, Other
Watchlist
Where to Watch

14 Seasons
Debuting October 14, 2001 on Canada's CTV network, the weekly, half-hour Degrassi" The Next Generation was the long-awaited spinoff of the enormously popular and occasionally controversial teen-oriented drama series of the 1980s and early 1990s, Degrassi Junior High and Degrassi High (both of which, in turn, had evolved from 1979's The Kids of Degrassi Street. As before, the action took place in a modern urban Canadian high school, which during the "new" series' second season merged with its affiliated junior high. The title of the show was literal in many ways: One of the main characters, high-schoolers Emma Nelson (Miriam McDonald) was the daughter of longtime Degrassi Junior High and Degrassi High stalwart Caitlin "Spike" Ryan, played as ever by Amanda Stepto).. Other carryovers from the earlier series included Archie "Snake" Simpson (still played by Stefan Brogren), who'd become Degrassi High's "media immersion" teacher and who would eventually marry his former classmate Spike; Joey Jeremiah (Pat Mastroianni), now the owner of a car dealership; Caitlin Ryan (Stacy Mistysyn), who had become a TV producer and who would live with Joey for a while; and anal-retentive school principal Mr. Raditch (Dan Woods), who in the middle of Season Three would leave the "Degrassi" franchise after 18 years, to be replaced by one Ms. Hatzilakos (Melisa DeMarco). In the tradition of the original series' youthful cast, Degrassi's new student body boasted an impressive ethno-religious mix and a startling variety of personal problems and hang-ups. Principal characters in the huge cast included Ellie Nash (Stacey Farber), troubled daughter of an alcoholic mom; Ashley Kerwin (Melissa McIntyre), who felt stigmatized when her dad came out of the proverbial closet; Jimmy Brooks (Aubrey Graham), who would be paralyzed from the waist down during a devastating school shooting in Season Three; Gavin "Spinner" Mason (Shane Kippel), who was led against his better judgment to commit a theft that would get him expelled; Hazel Aden (Andrea Lewis), a Muslim girl who for a while dated Jimmy; Manny Santos (Cassie Steele), insufferable head of the Pep Squad, who in the course of events had an abortion and was publicly humiliated during her brief reign as Prom Queen; Manny's chief rival Paige Michalchuk (Lauren Collins), who was raped by a star athlete from another high school; Craig Manning (Jake Epstein), the bipolar, musically gifted product of an abusive home who was adopted by Joey Jeremiah; JT Yorke (Ryan Cooley), the requisite class clown with a sensitive soul; Liberty Van Zandt (Sarah Barrable-Tishauer), who for a while was in the unenvious position of being the most intelligent and least popular girl in school; Toby Isaacs (Jake Goldsbie), resident nerd who was determined to break free of his uncool persona; Kendra Simpson (Katie Lai), Spinner's sports-jock adoptive sister; Dylan Michalchuk (John Bregar), Paige's sexually confused brother; Terri McGreggor (Christina Schmidt), so desperate for a boyfriend that she ended up being abused and beaten into a coma by the guy in her life; Sean Cameron (Daniel Clark), a failing student and petty thief who redeemed himself when he saved Emma from being killed; Jay Hobart (Mike Lobel), resident tough punk and bully, who gave Emma gonnorhea; Alex Nunez (Deanne Casaluce), misunderstood "bad girl" and inadvertent catalyst for tragedy; and Chris Sharpe (Daniel Sharpe), African-American aspiring deejay whose romance with Ashley had unintended ramifications. Two of the most memorable of the students were class president Marco Del Rossi (Adamo Ruggiero), the series' first openly gay character; and brooding loner Rick Murray (Ephraim Ellis), whose shocking outburst of wholesale violence resulted in the series' first on-screen death. As can be gathered from the above paragraph, Degrassi: The Next Generation followed in the footsteps of its series predecessors by dealing with a number of hot-button issues, including prescription-drug addiction, the grotesque self-destructive "cutting" phenomenon, profound eating disorders like anorexia and bulimia, the perils of online dating, and out-of-control bullying, as well as the aforementioned homosexuality, child abuse, date rape, sexually transmitted diseases and school shootings (several of the episodes proved too potent for American TV consumption, and were edited accordingly). Also, the series maintained the integrity of its forebears by having the young characters, look, talk and behave like genuine teenagers instead of OC-style stereotypes. And finally, in the tradition of the original Degrassi series, Degrassi: The Next Generation was the recipient of innumerable industry and interest-group awards.
2001 TV14 Drama, Other
Watchlist
Where to Watch

3 Seasons
Postal workers become detectives as they search for the recipients of undeliverable mail.
2018 TVG Drama, Other
Watchlist
Where to Watch

4 Seasons
Crime drama about a detective hunting for a brutal serial killer in a small Northern Ontario town.
71   Metascore
2017 TVMA Drama, Suspense, Other
Watchlist
Where to Watch