Flight of the Conchords

Guitar-playing troubadours from New Zealand try to kick-start their careers in New York City while also on the lookout for romance. 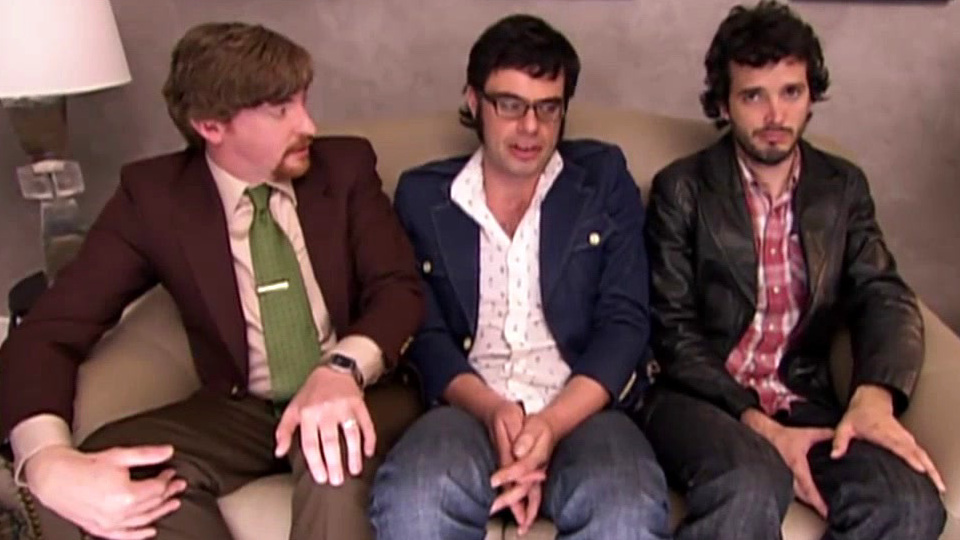 Flight Of The Conchords
2:34
Watch Now

2:34 Flight Of The Conchords

Here Are the Best Shows to Watch This Week: Big Mouth, The Man in the High Castle

Plus: Wrecked's battle to the death ends!

Flight of the Conchords Will (Briefly) Return This Spring

Dave Chappelle still knows how to stir up controversy. The stand-up was headlining the Funny or Die Presents: The Oddball Comedy &amp; Curiosity Festival on Thursday night in Connecticut when he was heckled by several audience members and refused to perform his set, according to the Associated Press. According to fan accounts, Chappelle came out and told a few jokes but stopped because of the heckling. Videos posted online afterwards show that...

Kiefer Sutherland will make his Broadway debut in That Championship Season, Playbill reports. The 24 alum will play James Daley in a remake of the Tony and Pulitzer Prize-winning 1972 drama.&nbsp;The play is set in Scranton, Pa., and follows a team of high school basketball players who reunite on the anniversary of their winning game.

Flight Of The Conchords 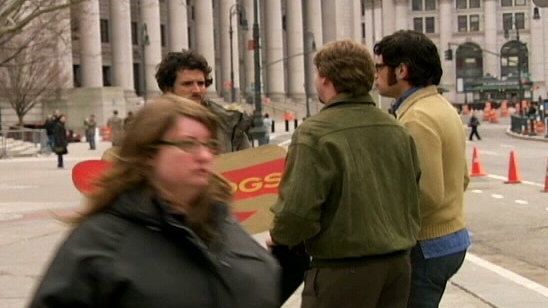 Flight Of The Conchords: Season 1

1 Season
It is the 1970s New York. The world is changing and so is the music industry. Richie Finestra, the president of the record-label American Century Records, struggles to keep up with the transition in music from rock n' roll to disco, hip hop and punk. He must find his lost spark if he wants to save his company and his fractured personal life before it is too late.
71   Metascore
2016 TVMA Drama, Music
Watchlist
Where to Watch

A family series in which a fictional child meets classical-music composers, showing how those meetings affected the artists' most celebrated works. Featured composers include Bizet, Rossini, Liszt and Handel.
1995 Drama, Music
Watchlist
Where to Watch

1 Season
The idea for zany theatrical, musical duo Tenacious D to have a show on HBO sprang from the creative minds of bandmembers Jack Black and Kyle Gass thanks to producers, co-writers, and co-creators Bob Odenkirk and David Cross. Odenkirk and Cross were no strangers to comedy or HBO, having perfected their own style of quirky, subversive humor on Mr. Show on the cable network. Black made a series of memorable cameo appearances on Mr. Show, shining brightest in a couple of musical numbers. His own show centers on the musical adventures of his two-man band Tenacious D. The series follows the band through epic acoustic performances at open mic night and through various encounters with the interesting characters that pepper their twisted world. Gass plays Kyle, basically a straight man with a vacant smile, ready at any minute to throw a line of fodder to set off Black's over-the-top and beyond freak outs. Jack Black's Jack is a sweaty, portly, livewire of energy who tackles profanity with an otherworldly artistry. The guys routinely misinterpret their own reality. They think they're legitimate rock stars, even though they regularly muster only tepid audience appreciation at open mic night. The show's addictive pull comes from its mixture of absurdly surreal humor, brilliant characterizations, smart attack-and-retreat scripts, and invigorating live performances and music video montages of the band. Guest stars included David Cross as a standup comic nun; Black's real-life significant other writer/actress Laura Kightlinger as an aggressive, amorous groupie; shaggy Randee of the Redwoods actor Jim Turner as the leader of Jesus Ranch; and Paul Thomas Anderson regular John C. Reilly as a Sasquatch with a heart of gold and shady drumming skills. A handful of other Mr. Show alumni play minor characters as well. Perhaps most notable among them is Paul F. Tompkins as the hilarious, dry club manager. Tenacious D, the series, first aired as two short films, trailing episodes of Mr. Show in 1997. In 1999, HBO aired the two original episodes and four new episodes, packaged together in groups of two. At the close of each episode was a kind of bonus segment where Black and Gass did a few minutes of straight-faced comedy a la the Smothers Brothers on-stage with a laugh track. Though Black was already building himself a solid career as a character actor, Tenacious D helped him to step into the spotlight in a major way, as he scored career-making roles in High Fidelity, Shallow Hal, and other films. In September of 2001, Tenacious D released their self-titled debut on Sony Records to good sales, and they accompanied the album with a tour that saw routine sell-outs. The rabid cult following for Black and the D owes a great deal to the innovative scripts and warped, perhaps genius energy of the television series.
1997 TVMA Music, Comedy
Watchlist
Where to Watch

A rockumentary chronicling the Foo Fighters' album Sonic Highways and the creative process that went into its production.
2014 Documentary, Music
Watchlist
Where to Watch

1 Season
A collection of short segments designed to introduce art, music and dance to the very young. Composers include Tchaikovsky and Schumann, and the animation is inspired by Claude Monet, Joan Miro, George Balanchine and others.
2005 TVY Music, Other
Watchlist
Where to Watch