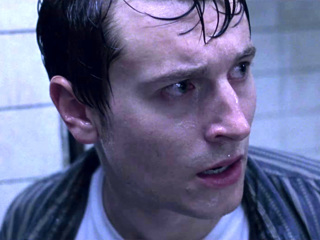 Beverly Hills, 90210 alum Dina Meyer is returning to her old stomping grounds. Meyer, who portrayed Lucinda Nicholson on the original series, will play a new character on the 90210 reboot, TVGuide.com has confirmed. The 42-year-old actress will play...

Saw III: Yes, There Will Be Real Blood

Giving a project your blood, sweat and tears used to be just a saying, but Saw's Tobin Bell has taken it to a new level. The veteran actor who plays John Kramer/"Jigsaw" in the fright franchise had his own blood drawn so that it could be mixed with the ink used to print the promo posters for Saw III, hitting theaters Oct. 27. "I asked [the printer] what we could do to get the deepest blood red... would it be possible to use real blood," Lions Gate marketing exec Tim Palen tells Variety. "He said, 'We could try, but are you serious?' I said I was dead serious." As with past installments, Lions Gate will hold blood drives in conjunction with III's premiere.

Has the Saw franchise's Tobin Bell joined the ranks of Bela Lugosi and Robert Englund by becoming the newest famous face in frightdom? Judging by his MTV Movie Award in the best-villain category, it would seem so. (For good measure, Bell also had the likes of Frank Spotnitz, who worked with the actor on both The X-Files and

Annabeth Gish Is Far from Desperation

Annabeth Gish has been all over the airwaves this year&nbsp;— in her recurring guest spot as the president's eldest daughter on The West Wing, on Showtime's new Brotherhood series (premiering in July), and tonight, as one of a group of travelers kidnapped by an evil cop outside an eerie Nevada mining town in Stephen King's Desperation (8 pm/ET on ABC). But despite working steadily in the biz since 1986, she's still the kind of actress who slips quietly under the radar, earning admiration without big fame, and she likes it that way. TVGuide.com spoke 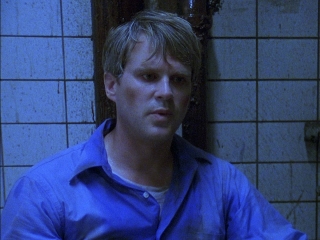 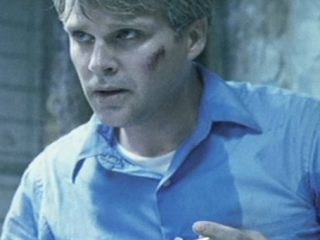