A lonely writer falls for his computer's operating system, which has the voice of a woman and the ability to grow and learn. Their relationship quickly turns more intimate, but in time their differences begin to outweigh their similarities. Meanwhile, he struggles with a difficult divorce from his childhood sweetheart. 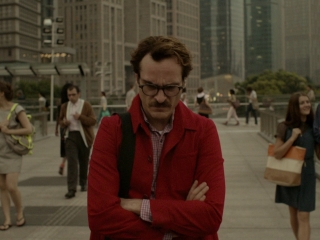 U2 to Perform at the Oscars

This year's Oscars are going to have a special Edge. U2 will perform their Academy Award-nominated song "Ordinary Love" at this year's ceremony, which will be hosted by Ellen DeGeneres. The tune, which U2 wrote, is ...

Idina Menzel to Perform Frozen Tune During the Oscars

The Academy has rescinded the Best Original Song Oscar nomination for "Alone Yet Not Alone," from the movie of the same name. The disqualification comes after&nbsp;Bruce Broughton, who wrote the music, was found to have violated the Academy's rule to campaign in a "fair and ethical manner." Broughton, who is a Music Branch executive committee member, had emailed other members of the branch during the nominations voting period to let them know that his song was nominated, according to the Academy. 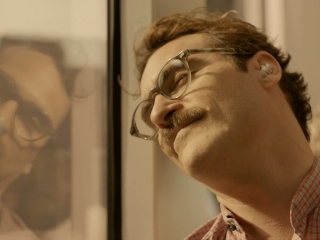 Her: Love In The Modern Age

1 hr 37 mins
After decades of dreaming, a quartet of older women, who are dedicated football fans, finally decides to make a pilgrimage to the Super Bowl for the once-in-a-lifetime chance to meet their favorite player, noteworthy NFL mainstay Tom Brady. Along the way, a series of hijinks ensue.
48   Metascore
2023 PG13 Drama, Comedy, Other
Watchlist
Where to Watch

Left Behind: Rise of the Antichrist

2 hr 0 mins
On the heels of apocalyptic devastation, the United Nations finds a renewed sense of hope in a charismatic new leader who rises through its ranks to assume command of the syndicate. However, as more and more sinister events begin to unfold, wreaking havoc across the world, those who once put their faith in this figurehead now begin to question the wisdom behind their actions. Kevin Sorbo directs and stars in the action-thriller. Co-starring Neal McDonough and Corbin Bernsen.
2022 PG13 Drama, Other
Watchlist
Where to Watch

1 hr 47 mins
When fugitive ex-con Dom Toretto returns to Los Angeles seeking the truth behind a high-profile crime, Agent Brian O'Conner reluctantly seeks out his help in order to take down a common enemy. Speeding from the streets of L.A. into the Mexican desert in convoy heists and precision tunnel crawls, Dom and Brian attempt to get their man while exploring thrilling new frontiers in the fine art of racing.
46   Metascore
2009 PG13 Drama, Suspense, Action & Adventure, Other
Watchlist
Where to Watch