From Nick Park and Peter Lord, the Oscar-winning creators of the "Wallace and Gromit" shorts, comes this delightful stop-motion animation family hit. Mel Gibson provides the voice of a cocky rooster who helps a plucky group of chickens fly the coop before they're turned into pies. Other voices: Miranda Richardson, Julia Sawalha, Jane Horrocks.

It's a great month for Amazon Originals!

What does it take to make a box-office champion? Five painstaking years, a delicate touch and a&nbsp;whole lot of clay. Or, at least, such was the case with Wallace &amp; Gromit: The Curse of the Were-Rabbit, the clay-animated feature that dominated theaters this past weekend with its wickedly clever tale of the titular twosome's endeavor to save Lady Tottington's Giant Vegetable Competition from the hungry hooks of an equally oversize bunny. Considering the effort that went into stretching a Wallace and Gromit adventure from the usual 30 minutes (as in their three short film outings) into nearly thrice that, you'd better believe that the story is&nbsp;set in stone&nbsp;before the first Plasticine pumpkin is formed. "The story is the most important thing," Wallace and Gromit's creator, Nick Park, tells TVGuide.com. Park, who codirected Were-Rabbit 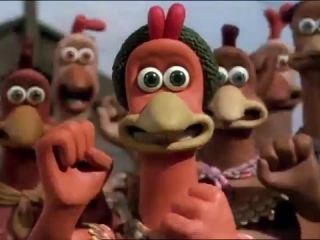 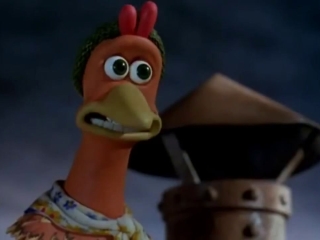