Former American Idol and The Voice contestant Frenchie Davis has come out as a lesbian.

Is It Just Me: Burning Questions from The Voice

Why does Christina Aguilera look so different?You might say that Aguilera is becoming less of a diva. During the live episodes airing now, the Voice coach has been showing off a svelter figure and a streamlined wardrobe, hair and makeup to match. NYC-based exercise physiologist Johanna Pryluck, who does not work with the star, says it appears that Aguilera has dropped around 25 pounds since the audition and battle rounds that were taped last winter. "There's a big difference in her overall tone, but especially in her arms and face," says Pryluck, who attributes the change to a likely program of "vigorous cardio four to fives times a week plus strength training and a diet of lean protein, whole grains and as little processed food as possible." Sing it!

Watercooler: Things We Learned from The Voice

Oh, what a fast and furious ride this first season of The Voice has been, huh? The soaring songs, the judges' jabs... the cotton-candy rat's nest on Christina Aguilera's head. Good times. And now that Javier Colon has rightfully been crowned the inaugural winner, we'd like to look back at some of the vital life lessons we have picked up from the show over the last 10 weeks.

The Voice: 10 Things You Didn't See on TV

So much bromance in the air at The Voice. And so, while the Final 8 performed &mdash; some for the last time &mdash; our burning questions linger. Which coach made the bigger play for Adam's affections this week? Who does executive producer Mark Burnett like best? What are audiences forbidden to do during the show? And exactly how hot does it get during the performance rounds?&nbsp;Here are the 10 things&nbsp;you didn't see on TV this week: 1. The bathroom really does provide the best acoustics. Two weeks ago, we overheard Xenia singing and humming to herself in the...

Are Idol's Ruben and Frenchie Misbehavin'?

Controversy may have gotten Frenchie Davis booted off American Idol, but it landed her in a successful Broadway career. Soon, Season 2 champ Ruben "Velvet Teddy Bear" Studdard will be joining her onstage. "I'm so excited," Davis tells TV Guide. "I can't say too much, but we're doing a revival of a Broadway show." Studdard, who has been touring with Robin Givens in the play Heaven, I Need a Hug, may have tipped his hand during an interview with the Atlanta Constitution when he said he's been prepping to play Fats Walker in a tour of Ain't Misbehavin'.Davis, who just finished a four-year run in Rent, wasn't surprised to learn that her former cast mate is tackling theater. "He's so talented," she says. "This role is going to be good for him." Will the part pit the two as love interests? "It depends on how they direct it," she says coyly. &#151; Reporting by Bekah Wright 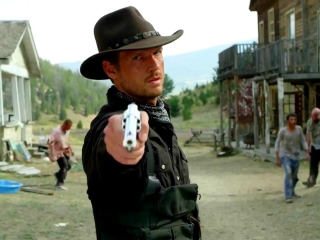