The Fresh Prince of Bel-Air

Scott Kalvert, who directed&nbsp;The Basketball Diaries&nbsp;starring&nbsp;Leonardo DiCaprio, was found dead&nbsp;Wednesday, according to&nbsp;The Hollywood Reporter. Kalvert was found in his home in Woodland Hills, Calif.. His death is being investigated as a possible suicide.

This week, in conjunction with the Netflix premiere of Arrested Development's fourth season, the folks over at Slacktory created a mashup highlighting similarities between the comedy series and The Godfather, while the ladies behind the web series "Cinema &amp; Spice" made frozen banana bites. A Fresh Prince of Bel-Air reunion happened on The Graham Norton Show, and Andy Cohen quizzed Melissa Joan Hart and Khloe Kardashian about '90s TV theme songs on Watch What Happens: Live. And Jimmy Fallon parodied Game of Thrones with a digital short called Game of Desks. Check out those clips and more in our weekly roundup of the best online videos:

The 90s really are back! Will Smith turned his appearance on The Graham Norton Show earlier this week into a full-on Fresh Prince of Bel-Air &nbsp;reunion. 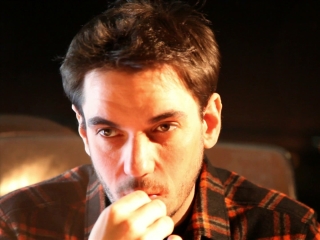 As I AM: The Life And Times Of DJ AM