A drama set in New Orleans three months after Hurricane Katrina follows musicians and residents as they try to put their lives back together in the aftermath of the storm. Cocreated by David Simon ('The Wire').

Just two seasons in, the CBS sitcom Mom has already tackled some not-immediately-funny issues, including alcoholism, gambling, homelessness, and cancer. Even star Anna Faris admits she was shocked when her character's teen daughter turned up pregnant in the second episode. "I thought it was a joke," says the actress, who plays Christy, a young mother struggling with sobriety. "I couldn't believe that so early on we would go down that road. We put a lot of trust in our viewers."

Exclusive First Look: Zoe Saldana Gets Into Character on the Set of NBC's Rosemary's Baby

Zoe Saldana has every reason to be worried. That's because Saldana stars in NBC's upcoming Rosemary's Baby miniseries as Rosemary Woodhouse, one-half of a young married couple who move into an apartment in Paris that...

Fresh off the end of his New Orleans drama Treme, The Wire creator David Simon is attached to write...

Mind Games: What Happens When Con Men Try to Do Good?

Like many actors considering a new project, Steve Zahn says he was sucked into ABC's Mind Games based solely on the pilot script."I was floored by it," Zahn, who was just wrapping up a four-season run on HBO's Treme when he first the script, tells TVGuide.com. "I really thought it was a cable show. It didn't read like network to me." Winter Preview: Check out all the must-see new showsPerhaps Zahn should have looked a little closer at the author's name. Mind Games creator Kyle Killen's back catalog includes a pair of complex series with brilliant pilots that critics instantly labeled as "cable shows on broadcast TV." ... 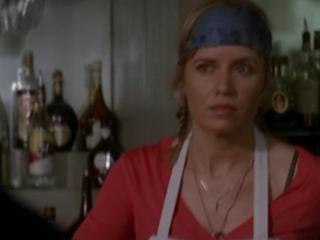