Mind Games: What Happens When Con Men Try to Do Good?

Like many actors considering a new project, Steve Zahn says he was sucked into ABC's Mind Games based solely on the pilot script."I was floored by it," Zahn, who was just wrapping up a four-season run on HBO's Treme when he first the script, tells TVGuide.com. "I really thought it was a cable show. It didn't read like network to me." Winter Preview: Check out all the must-see new showsPerhaps Zahn should have looked a little closer at the author's name. Mind Games creator Kyle Killen's back catalog includes a pair of complex series with brilliant pilots that critics instantly labeled as "cable shows on broadcast TV." ...

Like many actors considering a new project, Steve Zahn says he was sucked into ABC's Mind Gamesbased solely on the pilot script.
"I was floored by it," Zahn, who was just wrapping up a four-season run on HBO's Tremewhen he first the script, tells TVGuide.com. "I really thought it was a cable show. It didn't read like network to me."

Winter Preview: Check out all the must-see new shows

Perhaps Zahn should have looked a little closer at the author's name. Mind Games creator Kyle Killen's back catalog includes a pair of complex series with brilliant pilots that critics instantly labeled as "cable shows on broadcast TV." Fox's Lone Star, about a Texas con man leading a double life, lasted just two episodes, while NBC's Awake, which featured a cop who flips back and forth between two realities after a car crash kills either his wife or son, was canceled after a low-rated 13-episode season.

And while Mind Games features an equally big premise and continues to explore themes of duality — Zahn and ChristianSlater star as a pair of con-men brothers who have differing opinions on whether to use their skills for good or evil — Killen's new show is clearly playing by the more standard rules of TV procedurals. "There was a world and a premise here that I was excited about — the idea that we operate by rules that we are rarely conscious of," Killen says. "When you're [making] a medical, or legal or police procedural, the kinds of cases are limited to that world. Here, anybody with a problem resulting from somebody saying no to something you wish they would say yes to is something you can bring to these guys."
Indeed, Zahn plays Clark, an out-of-work professor who is an expert in the field of human behavior. Clark is recruited by his brother Ross (Slater), whose just coming off a two-year jail stint on fraud charges, to launch a company that uses their combined abilities to manipulate people to the will of their clients. (Think Inception without the dreams or, as a client who needs an insurance company to approve an experimental treatment for his heart condition says in the pilot episode, "Jedi mind tricks.")

Winter Preview: Get scoop on your favorite returning shows

However, the brothers don't see eye-to-eye about how to go about their work. "They both technically know how to do the same thing," Killen says. "Clark knows how to do it by the book and with the science. Ross doesn't know the names of any of the techniques and they haven't been studied in double-blind tests, but he very effectively knows how to manipulate people to get what he wants. When you put the two of them together, you end up in a lot of moral gray areas.

"When the thing they're doing seems objectively right, but the way Ross suggests going about it seems objectively wrong, are there ever times when those lines should be crossed?" Killen continues. "Or when Clark knows very easily how to do something, but the thing they're being asked to do is morally prickly, is it right to use their powers in those situations? The push-pull of both how they do what they do and when they should allow themselves to do what they do is one of the central driving conflicts."
Perhaps muddying the waters even further, however, is the fact that Ross has used some of his own underhanded techniques to manipulate Clark into joining his business. Which raises the question: When would a master con-man not know when he himself is being conned? "We all have a blind spot with family and loved ones," Killen says. "The idea of Clark finding out is certainly a threat that hangs over the season, but I don't think Clark sees it coming. He's well aware that Ross has problems and has made compromises and continues to see the world through what Clark considers a pretty clouded lens. But I don't think it occurs to Clark that Ross would use the same cons and techniques on him that he has used on marks and victims in the past."

Check out photos of the Mind Games cast

The idea of family plays a large role in the series. In fact, Clark views the team he and his brother have assembled — business manager Latrell (Cedric Sanders), behavioral psychology grad student Miles (Gregory Marcel), actress Megan Shane (Megalyn Echikunwoke) and Ross' ex-wife Claire (Wynn Everett) — as an extended family. "They're all not quite right on their own, but they all complete and pick one another up together," Killen says of the team. "They're an underdog bunch doing a job that doesn't really exist in a company that isn't particularly accepted. It takes that group of misfits hanging together to make any of it work. That's what they learn and appreciate about one other: Somehow, they were the right six people to end up together to make this thing happen."But the team also serves another purpose for Clark, who suffers from bipolar disorder: He views them as a type of medication. "Clark doesn't want to be medicated because it causes a blockage in his thinking and his creativity," Zahn says. "So, he can't do this without other people. He has to have other people around him to balance things out, but also to put everything into motion. With Ross' ex-wife, he can't define it but she calms him. So, the team becomes this safe zone." However, Killen insists that Clark's mental illness is not what defines the character. "He's become exceptionally skilled at understanding human behavior purely out of an effort to understand his own [behavior] and how he can better control and manipulate it," Killen says. "We ultimately wanted it to be a show where one of the characters is bipolar, but it's not a show about a bipolar character. Clark does feel like he's arrived at a place where he knows and understands himself, and like many, many people in the world today who suffer from bi-polar, has reached a place where he does function very well."

13 TV characters we could live without

But while this show is about the mind, it also shows a lot of heart. "They have a lot of problems with each other, but there's this deep love that they have for one another," Zahn says. "They realize they have a lot in common with both their disorders. They're emotionally damaged and they need each other."But will they actually heal one another? "Ross starts in a pretty morally compromised position," Killen says. "But actually seeing how what they do touches people starts to have an effect on his perspective. The journey for Ross this season is really seeing the holes in that way of thinking and ultimately having to come to terms with the things he's done in the service of good and having to take consequences for the parts of it that were really horrific."Clark is ultimately forced to face the fact that even if you're doing things by the book and for good reasons, there's something a little bit odd about taking someone else's fate in your hands and never letting them know you did it," Killen continues. "He also needs to face through the course of the season that this isn't quite as clean and pure as he thought it might be."Mind Games premieres Tuesday at 10/9c on ABC. Will you watch?For more on the show from the cast and producers, click play below: 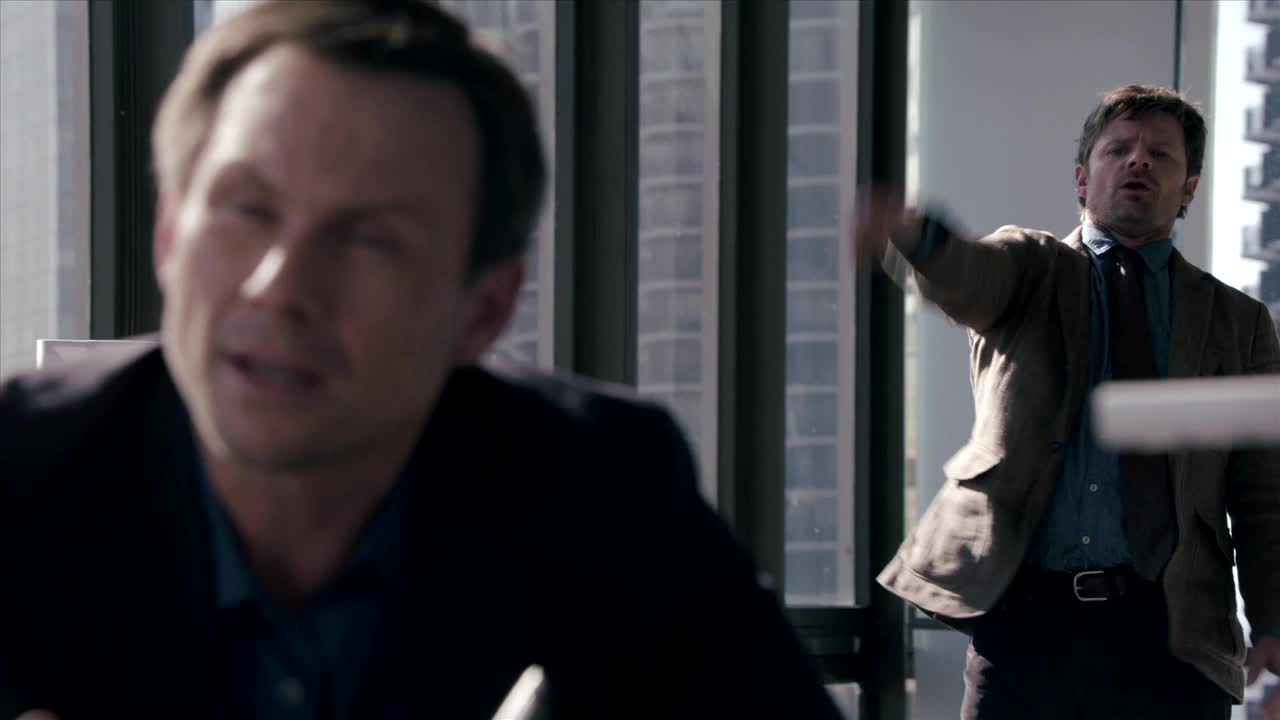