A classic anthology of sci-fi, suspense and goose-bump-inducing tales that explore 'a fifth dimension beyond that which is known to man'. Filled with invention and irony, the stories are tightly constructed, oftentimes containing cautionary themes and frequently ending with an unexpected plot twist. 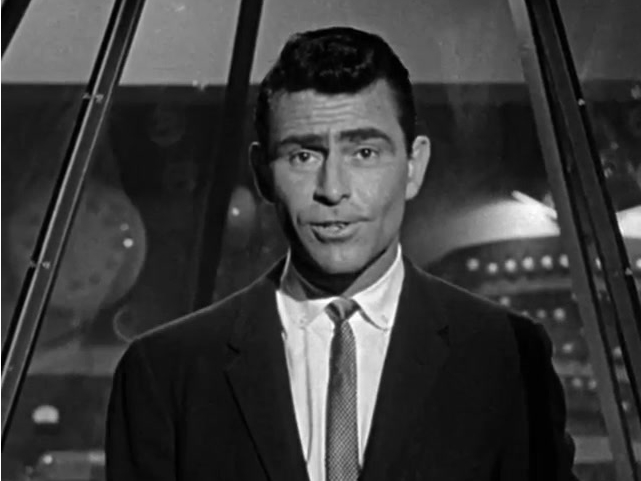 They'll turn your world Upside Down

Your to-be-watched pile just got even bigger

Here's what we've spotted so far

Jordan Peele's reboot is back!

From The Haunting of Hill House to Twilight Zone 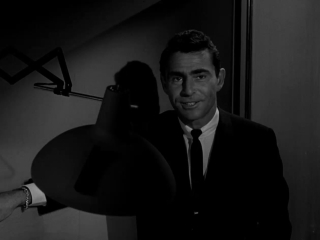 6 Seasons
An offbeat comedy drama series, which gained a loyal cult following and enthusiastic press during its five-season run, Northern Exposure concerned Dr. Joel Fleishman (Rob Morrow), a recent medical school graduate who attended Columbia University on a scholarship that stipulated that after graduation, he had to spend four years working as a general practitioner in the small town of Cicely, AK, where he is to be paid the princely sum of 465 dollars a month. As Fleishman bides his time in Cicely, he gets to know many of the local residents, including Maurice Minnifield (Barry Corbin), a multi-millionaire former astronaut who is the city's largest property owner; Maggie O'Connell (Janine Turner), a bush pilot (and the town's mayor) who has an on-again, off-again romance with Fleishman; Chris Stevens (John Corbett), the philosophical DJ at the local radio station; Holling Vincoeur (John Cullum), the owner of a local watering hole who has married Shelly Marie (Cynthia Geary), a young woman who was once in love with Maurice; Ed Chigliak (Darren E. Burrows), a genius-IQ teenager who wants to become a filmmaker; and Marilyn Whirlwind (Elaine Miles), a soft-spoken Native American who serves as Fleishman's receptionist.
83   Metascore
1990 TVPG Fantasy, Comedy, Other
Watchlist
Where to Watch

Touched by an Angel

9 Seasons
A wholesome and popular fantasy that plays into the public's fascination with heavenly messengers.
1994 TVPG Drama, Fantasy, Family
Watchlist
Where to Watch

3 Seasons
A cult fantasy about a lawyer who befriends---and eventually falls for---a kindly man-beast who lives in a subterranean world beneath New York City. Strange, moody and oddly romantic, the series had unusually loyal fans, but, alas, not enough of them and was gone within three years.
1987 TVPG Drama, Fantasy, Other
Watchlist
Where to Watch

Land of the Lost

3 Seasons
The fourth Saturday morning TV series produced by puppeteers Sid and Marty Krofft, Land of the Lost was far more serious in tone than their earlier efforts (H.R. Pufnstuf, The Bugaloos, and Lidsville), and far more ambitious. While embarked upon an expedition of the Colorado River, camp ranger/explorer Rick Marshall (Spencer Milligan) and his children Will (Wesley Eure) and Holly (Kathleen Coleman) plunge over a waterfall and into a time vortex. They emerge in a faraway planet called Altrusia, a primitive land that had somehow become a gathering place for beings of various other time periods. The Marshalls were now surrounded by a frightening array of Paleozoic dinosaurs, a Cenozoic-era family of monkey-like humans called the Paku, and the fearsome, seven-foot-tall Sleestak, who resembled a cross between beast and insect. Also residing in Altrusia was Enik (Walter Edmiston), a superintelligent being who at first glance appeared to have come from the future, but was actually an antecedent of the Sleestak, who had devolved from a once highly advanced civilization. The resourceful Marshalls managed to carve out a new home for themselves in this land of the lost, and to befriend the Paku, who spoke in a bizarre language called Pakuni (developed for the series by Dr. Victoria Fromkin, head of the UCLA Department of Linguistics). Though somewhat crude-looking by 21st century standards, the special effects on Land of the Lost, combining back projection, stop-motion animation, and puppetry, was quite impressive in its time, and is still nothing to be ashamed of when seen today. Also, during the first two seasons, the scriptwork maintained a lofty Star Trek-like level, thanks to the input of such eminent sci-fi/fantasy writers as David Gerrold, Larry Niven, Ben Bova, D.C. Fontana, and Theodore Sturgeon. Debuting September 7, 1974, Land of the Lost soon emerged as NBC's most successful and popular live-action Saturday morning series. This may explain why it was the Kroffts' longest-running children's TV program, ultimately lasting three seasons and 43 half-hour episodes. That said, it must be admitted that the series' first two episodes were more impressive than its third year on the air. For season three, several changes were imposed, not least of which was the removal of Spencer Milligan as Rick Marshall. It was explained that, during an earthquake that destroyed the Marshalls' mountain living quarters, Rick was sucked through another time portal and vanished, never to return. By an astonishing coincidence, another member of the Marshall family, Will and Holly's Uncle Jack (Ron Harper), had fallen into still another time portal while searching for his lost family members and was deposited in Altrusia! While this incredible set of circumstance was hard enough to swallow, even more problematic was the fact that the Marshalls were suddenly being visited by a wide variety of misplaced persons and creatures who came and went through additional portals with the greatest of ease -- even though the Marshalls themselves were never able to find a means of escape! Thus, whereas the first two seasons of Land of the Lost was very Star Trek-ish in its approach, season three took on the juvenile trappings of Lost in Space. After finishing its NBC run on September 4, 1978, Land of the Lost entered the realm of rerun syndication. The original episodes were rebroadcast by CBS in 1985 and 1987; in 1991, a brand-new version of Land of the Lost, with a completely different cast, began a two-year run on ABC.
1974 Fantasy, Action & Adventure, Science Fiction
Watchlist
Where to Watch

5 Seasons
Talk about anger-management issues! Radiation turns a scientist into a raging green behemoth whenever he becomes agitated. Unable to control his transformations, David Banner searches for a cure as he crosses the country, 'Fugitive'-style, with a dogged tabloid reporter on his trail. Based on the Marvel Comics character, the Hulk was resurrected in a 2003 theatrical film, in which Lou Ferrigno appeared as a security guard.
1978 TVPG Fantasy, Action & Adventure, Other
Watchlist
Where to Watch