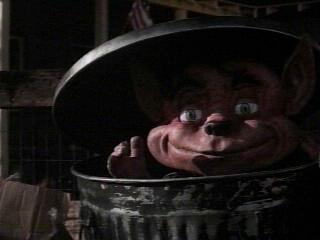 Supernatural 9/8c CW Being Death can be a killer, as Dean discovers when Death persuades him to take his place for 24 hours. Dean agrees to be the Grim Reaper in exchange for Death's help to get Sam's soul back. But, wouldn't you know it, Sam decides he doesn't want his soul back and asks Balthazar for a protective spell to keep his soul out of his body. There's just one hitch. Sam needs blood from his father for the spell to work. Of course, Sam's dad is dead. What to do? Sam decides Bobby is the next best thing. &mdash; Tim Holland Read on for previews of Hollywood Christmas Parade, Tom Brokaw Presents Bridging Divide, the TeenNick HALO Awards, The Good Guys, What Not to Wear and Storytellers.

True Blood9/8c HBO Another season premiere, another body in Merlotte's parking lot. And just like last time, the third season begins mere moments after the second ended, with Eggs shot in the head, Tara inconsolably hysterical and Andy covering for a deadeye Jason. Of course, what everyone wants to know, like Sookie, is what happened to Bill, but there are other mysteries to tide us over in the meantime, including Sam's journey to find his birth family and a crisis in the vampire community over an uptick in the abuse of V.Read on for previews of the Tony Awards, Breaking Bad, HGTV Design Star, Storytellers, Army Wives and the World Cup.

Say goodbye to VH1's Tool Academy and Rock of Love and welcome back to Behind the Music and VH1 Storytellers. The network's new slate of programming announced on Monday shifts the focus away from...

Vampire Diaries8/7c CW The series returned in great form last week after a two-month absence of original episodes with a pivotal hour that contained three surprising revelations: Elena is adopted; Stefan rescued her last summer from the car crash that killed Elena's parents; and Damon murdered Alaric's wife, which is the real reason the history teacher moved to Mystic Falls. Tonight, Stefan, Damon and Elena attend a 1950s-themed dance at the high school, and Alaric introduces himself to Damon there. Needless to say, the dance doesn't go quite as anticipated.Read on for previews of Live for the Moment, Fringe, Storytellers and Archer.

Are You Smarter Than a 5th Grader?8/7c CMT It might be Thanksgiving break for most students, but the kids in this classroom are still hard at work. Tonight's contestant, Sanjaya Malakar, is no stranger to reality TV: He's a well-known and controversial contestant from Season 6 of American Idol. He's famous for creating the "ponyhawk" hairstyle and for being, according to Idol judge Randy Jackson, one of the smartest contestants to appear on the musical reality show. OK, Randy, but can he handle fifth-grade geography?Read on for previews of Monk, Ugly Betty, Storytellers and Diners, Drive-Ins and Dives.