A half-mortal, half-witch teenager copes with high school and her newfound powers it this sitcom. 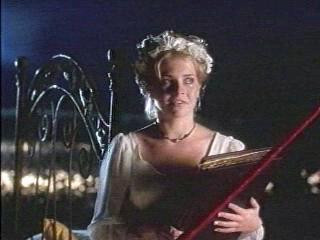 Every The WB Show, Ranked

These shows may be gone, but they definitely are not forgotten

They're just as terrified as you are!

The Chilling Adventures of Sabrina Finally Has a Release Date

Hint: It's just in time for Halloween!

Lucy Davis will step into the role of Sabrina's nurturing aunt

The '90s Are Forever as ABC's TGIF Library Comes to Hulu

Every episode of Full House, Family Matters, Perfect Strangers and more will soon be available to stream

Once Upon a Time

7 Seasons
This drama series revolves around a woman with a troubled past. Her destiny unfolds when she arrives in a mysterious modern-day town populated by fairy-tale characters.
66   Metascore
2011 TVPG Drama, Fantasy, Family, Action & Adventure
Watchlist
Where to Watch

7 Seasons
Introduced with a brace of feature-length pilot episodes which aired on January 14, 1977, and January 20, 1978, the weekly, hour-long Aaron Spelling production Fantasy Island began its seven-season ABC run on January 28, 1978. Its basic format was similar to Spelling's The Love Boat: A quasi-anthology with celebrity guest stars, with two separate plotlines woven together on each episode by a central location and a small cast of regulars. Ricardo Montalban starred as Mr. Roarke, the mysterious, erudite, impeccably dressed erudite owner of a lavish and unique tropical resort known as Fantasy Island. For a flat rate of $50,000, each visitor to the island could have one lifelong dream brought to reality by Roarke and his astonishingly versatile staff. The separates storylines ranged from the poignant to the hilarious, as shy female librarians were transformed into voluptuous vixens, clumsy male bank clerks became sports superstars, mousy secretaries could turn the tables on their dictatorial bosses, elderly retirees were permitted to travel back in time to renew lost loves or recapture missed opportunities, mild-mannered suburbanites briefly lived lives of danger and intrigue, third-rate journalists were afforded the chance to score the "scoop of the century", would-be hunters could go on the prowl for the biggest game of all, and so on. While most of the stories ended happily, there was always the hint that things could have gone horribly (or even fatally awry); and of course, the most frequent lesson learned was "Be Careful What You Wish For." In the early episodes, the enigmatic Roarke came off as something of a professional illusionist and special-effects master; as the series progressed, it became clear that Roarke possessed magical, mystical powers of some sort or other. And on at least three occasions, Roarke crossed swords with the Devil Himself (played by Roddy McDowall), invariably emerging the victor. For the first six seasons, Roarke 's assistant and general factotum was the heavily-accented dwarf Tatoo (Herve Villechaize), who invariably heralded the arrival of each new group of visitors to Fantasy Island with a shout of "De plane, boss! De plane!" Although Roarke and Tattoo generally remained aloof from the trials and tribulations of their clients, they occasionally became emotionally involved in one or more of the Fantasies. During Season Four, Roarke was sometimes assisted by his goddaughter Julie (Wendy Schaal), who boasted some impressive supernatural skills of her own. And after Herve Villechaize left the series at the end of Season Six, his replacement was the veddy British Lawrence, portrayed by future Mr. Belvedere star Christopher Hewitt. Although some of the series' exteriors were lensed at the Arborteum, a tropical park located some 25 miles from Los Angeles, for the most part Fantasy Island availed itself of the best that the various Hollywood backlots had to offer. Lasting 130 episodes, the series ended its ABC run on August 18, 1984. In syndication, the hour-long episodes were either run in toto or edited into half-hour excerpts, depending upon the local stations' needs; the series' handful of 90 minute episodes, each of which contained three separate storylines and sets of guest stars, were all pared down to 60 minutes, with one of the three segments deftly edited out. In 1998, Fantasy Island was briefly and unsuccessfully revived by ABC, with Malcolm McDowell as Mr. Roarke, this time aided by a team of assistants rather than a single sidekick, and even more emphasis on the supernatural and the occult than the earlier version.
1978 TV14 Drama, Fantasy, Action & Adventure, Other
Watchlist
Where to Watch

4 Seasons
CG animation featuring Mickey Mouse and his pals in stories designed to teach basic math skills, such as problem-solving, adding and matching.
2006 TVY Music, Fantasy, Comedy, Educational, Other
Watchlist
Where to Watch

3 Seasons
The Caped Crusader and the Boy Wonder fight crime in Gotham City in this version of Bob Kane's comic strip that first appeared in 1939.
1966 TVG Fantasy, Action & Adventure, Other
Watchlist
Where to Watch

1 Season
A gripping postapocalyptic horror story based on the 1978 novel, with a strong cast (including Rob Lowe in a particularly compelling performance as a deaf man). It portrays the battle between good and evil in an America that has been decimated by a virulent plague, killing all but a handful of people. King conjured up monster ratings with 'The Stand,' along with an Outstanding Miniseries Emmy nomination.
61   Metascore
1994 TV14 Drama, Horror, Fantasy, Action & Adventure, Other, Science Fiction
Watchlist
Where to Watch

2 Seasons
A man with the ability to bring the dead back to life uses his power to solve murder cases and to reconnect with his deceased childhood sweetheart.
85   Metascore
2007 TVPG Drama, Fantasy, Family, Comedy, Action & Adventure, Other
Watchlist
Where to Watch