An optimistic young kid tries to become a great hero in a world of heroes from TV and video games. 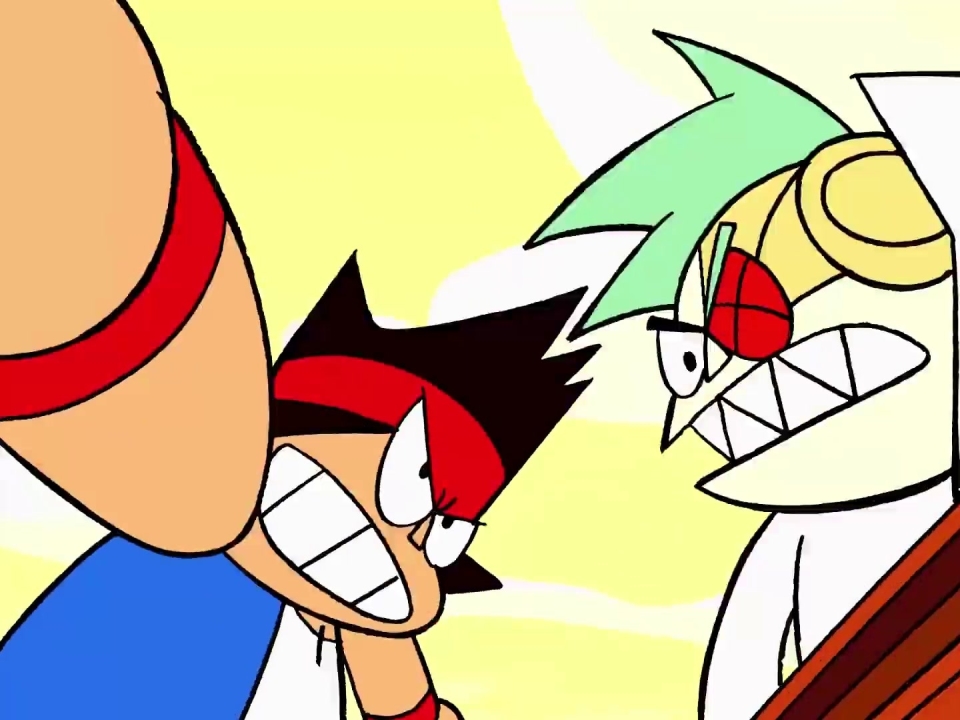 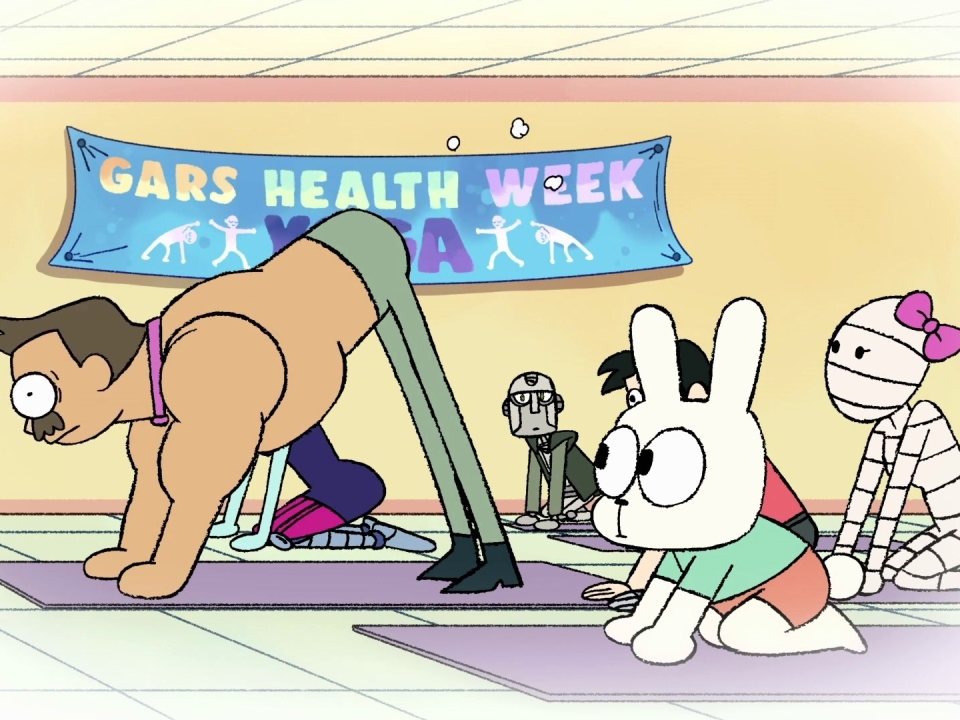 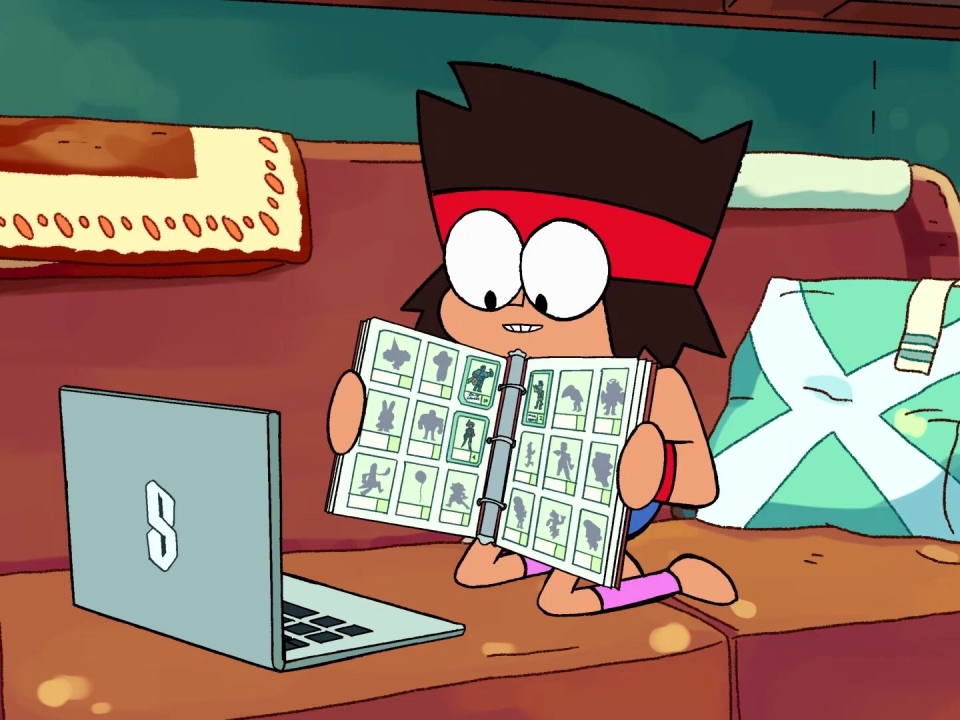 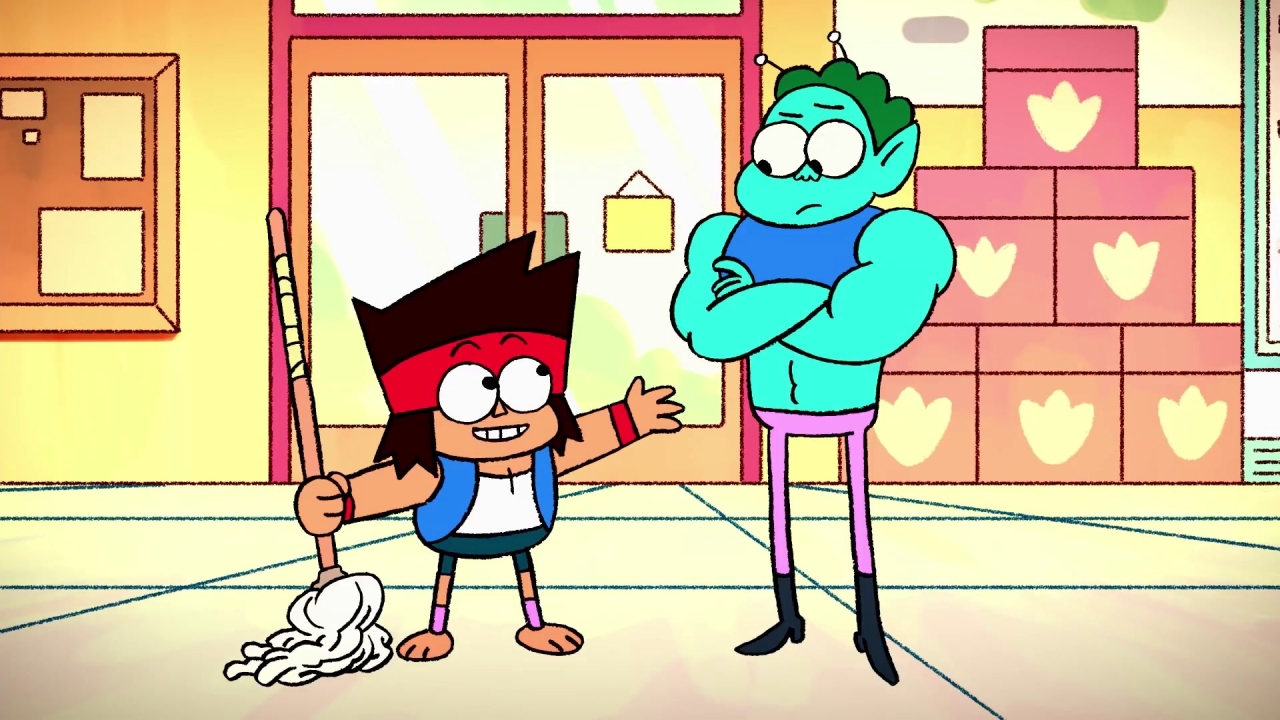 OK K.O.! LET'S BE HEROES: All in the Villainy 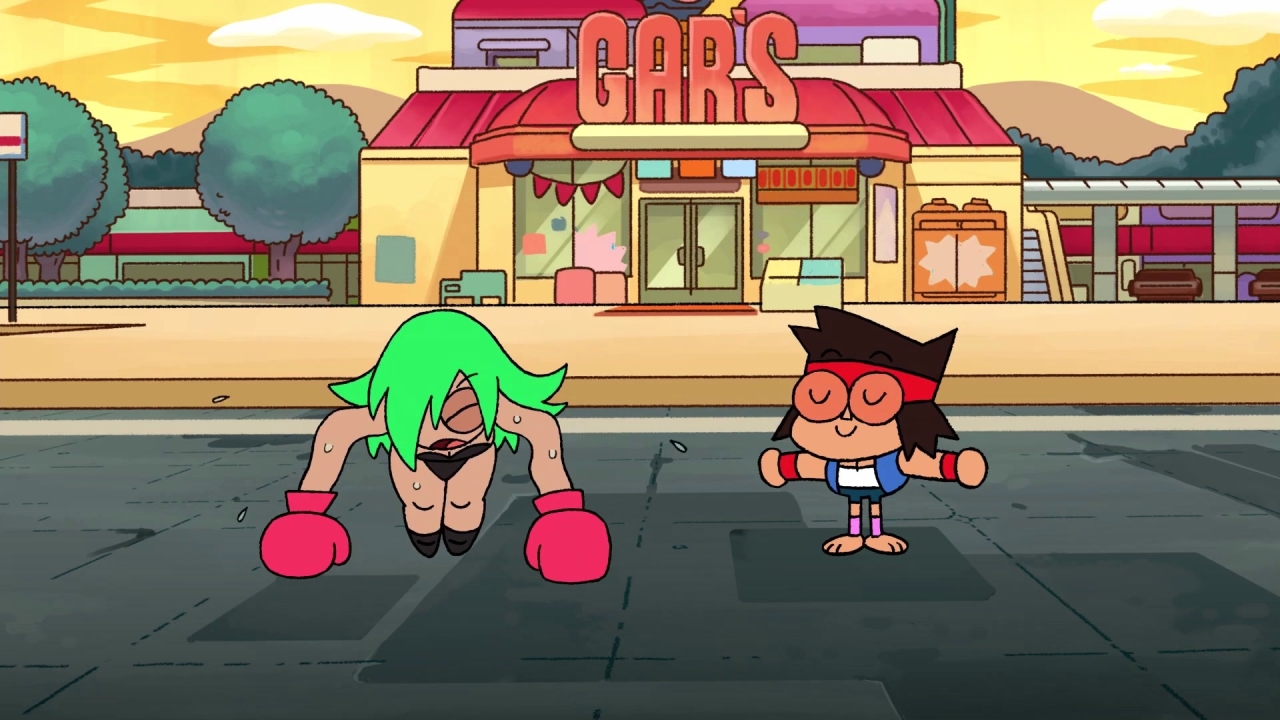 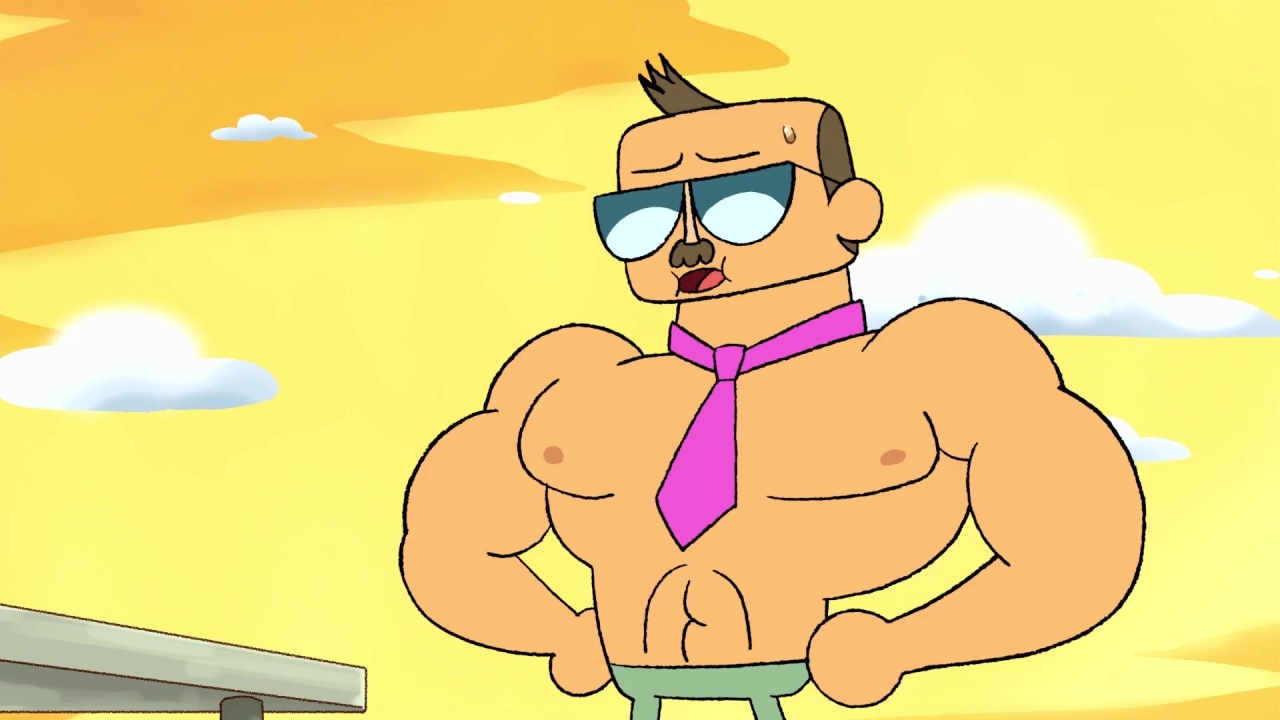 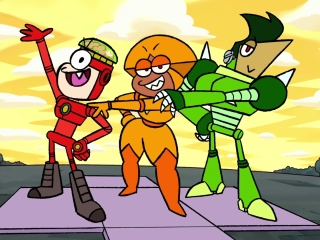 4 Seasons
The weekly, half-hour animated series The Boondocks was based on the controversial, cutting-edge comic strip by African American artist Aaron McGruder. The heroes of the piece were the Freeman brothers, 10-year-old wannabe political activist Huey and 8-year-old aspiring "gangsta" and rapper Riley. Raised on the mean streets of inner city Chicago, Huey and Riley were in for quite a bit of culture shock when they moved to an affluent, essentially lily-white suburb, there to live with their crotchety "Grandad" Robert Freeman. Their posh new surroundings affected the youngsters' streetwise punkish not one whit, and as result most of the episodes dealt with their efforts to either "radicalize" suburbia, or to make sense of the hypocrisies and inconsistencies doled out by both the black and white communities in a post-9/11 world. Principal targets for Huey and Riley's rage and disgust were their yuppie neighbors, an interracial couple named Tom and Sarah DuBois, and their own Uncle Ruckus, who cheerfully wallowed in self-loathing and had nothing but the most derogatory things to say about the black race. While the original comic strip was unsparing in its political barbs towards everyone from George W. Bush to Jesse Jackson, the cartoon version dealt with more situational humor, though still with enough bite and vitriol to convince viewers that the iconoclastic Aaron McGruder had not sold out. Nearly two years in development, The Boondocks was originally aimed at a Fox network prime time slot, but eventually joined the Cartoon Network's late-night "Adult Swim" manifest on November 6, 2005.
72   Metascore
2005 TVMA Comedy, Other
Watchlist
Where to Watch

10 Seasons
The exploits of a boy and his magical dog are chronicled in this cartoon set in the surreal Land of Ooo.
82   Metascore
2010 TVPG Drama, Fantasy, Comedy, Action & Adventure, Kids, Other, Science Fiction
Watchlist
Where to Watch

The Amazing World of Gumball

6 Seasons
The adventures of a cat and his unusual family are chronicled in this animated series.
2011 TVY7 Family, Comedy, Variety Shows, Kids, Other
Watchlist
Where to Watch

4 Seasons
An animated sketch comedy series based on the iconic humor magazine.
2010 TVPG Family, Comedy, Other
Watchlist
Where to Watch

5 Seasons
A magical boy named Steven has adventures with a team of guardians of humanity. Along the way, he pursues his heroic destiny and tries to perfect his special powers.
2013 TVPG Comedy, Action & Adventure, Kids, Other
Watchlist
Where to Watch

5 Seasons
Five teen superheroes led by a brooding Robin the Boy Wonder team up to protect Earth from a new generation of formidable adversaries. Based on characters from DC Comics, this super-charged animated series offers much fantasy action that may be too intense for younger preteens, but those 9 and up will enjoy the camaraderie among the disparate heroes and the outrageously exaggerated villains.
2003 TVY7 Comedy, Action & Adventure, Other
Watchlist
Where to Watch