Bickering comedic partners chart their rivalry behind and in front of the cameras in this comedy. 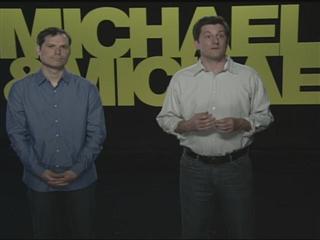 Dark Blue10 pm/ET TNT It's the pros against the cons in this visceral crime drama that tracks the shadowy derring-do of an undercover task force. In the premiere, brooding team leader Carter Shaw (Dylan McDermott) tries to take down a suave gang leader responsible for torturing an FBI agent and leaving him for dead. But the case turns messy when one of Carter's own embedded men (Logan Marshall-Green) seemingly flips loyalties. Executive produced by Jerry Bruckheimer, the show features intriguing characters, bullet-blazing violence and a gritty edge, making it a fine counterpart to the lighter caper series Leverage, which precedes it on Wednesdays.Read on for previews of Michael & Michael Have Issues, Top Chef Masters, The Philanthropist and Criminal Minds. 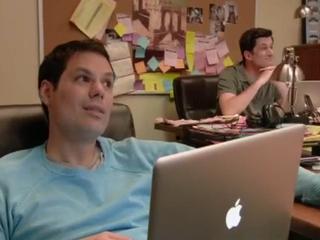 27 Seasons
An irreverent skewering of the news and pop culture with South African comedian Trevor Noah.
64   Metascore
2015 TV14 Comedy, Talk & Interview, Other
Watchlist
Where to Watch

6 Seasons
The adventures of inept officers at the Washoe County Sheriff's Department as it pokes fun at the police reality shows.
69   Metascore
2003 TV14 Comedy, Other
Watchlist
Where to Watch

8 Seasons
One hundred contestants are gearing up in an attempt to storm Takeshi's Castle. Taking on Runaway Rockaway, they'll have to prove they've got what it takes. Jonathan Ross narrates.
2017 Family, Comedy, Game Show, Action & Adventure, Other
Watchlist
Where to Watch

6 Seasons
A series that spoofs the past with inebriated reenactors.
57   Metascore
2013 TV14 Comedy, Talk & Interview, Other
Watchlist
Where to Watch