A team of surgeons works trauma cases in a Miami hospital.

USA has given series orders to A Legal Mind and Necessary Roughness, a network rep confirms to TVGuide.com. A Legal Mind follows ...

Miami Medical10/9c CBS The Jerry Bruckheimer-produced medical series was on life support shortly after its anemic debut back in April and the plug was pulled soon thereafter. CBS has been burning off the remaining episodes over the past few weeks, and the last one airs tonight. In the series finale, serious ethical questions arise for Proctor and Zambrano as they are faced with difficult decisions concerning the lives of their patients.Read on for previews of the World Cup, America Celebrates July 4th at Ford's Theatre, House, Knockout Sportsworld, Glenn Martin, DDS and Merlin.

Please send all questions to askmatt@tvguidemagazine.com and follow me on Twitter at @RoushTVGuideMagQuestion: Welcome back! This question is a two-parter. I'm in love with True Blood. It's so often described as lurid, melodramatic, overripe, etc. But the glory of the show is that it's all of those things while also containing moments of startling humor or tenderness, where we actually find ourselves caring about the characters, be they supernatural or just plain natural. That tension is what makes....

CBS has canceled seven series, including the veteran procedurals Ghost Whisperer, Numb3rs and Cold Case, according to The Hollywood Reporter.Also axed are freshmen series ...

The jargon on medical procedurals can be a mouthful. Miami Medical star Mike Vogel, who plays Dr. Chris "C" Deleo, has a trick up his scrubs to utter the words. "You do your best at the beginning of an episode to look up all the terms so that when you say it, you don't look like a complete idiot," Vogel tells TVGuide.com. "It sort of becomes a... 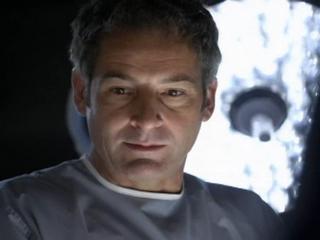