Forty kids, ages 8-15, attempt to create an operating town in 40 days without the help of adults in a former New Mexico ghost town. The kids are responsible for all chores, including cooking, cleaning and running businesses. They also establish their own rules and set up a government. They hold a town-hall meeting at the end of each episode to talk about issues and to determine which one should win the Gold Star, worth $20,000.

Wednesday's ratings highlights:&#149; This just in.... Fox's Back to You, starring Kelsey Grammer and Patricia Heaton, premiered to 9.44 million total viewers, winning its 8 pm half hour (in key demos, as well). 'Til Death lost 18 percent of that lead-in audience, drawing 7.76 mil.&#149; CBS' Kid Nation opened its frontier doors to 9.07 million. But did it deserve all the controversy? Vote here. UPDATE: CBS will rebroadcast the Kid Nation opener Saturday at 8 pm.&#149; Last Comic Standing delivered its last laughs to 7.13 mil, besting Kitchen Nightmares (6.64 mil) along the way.&#149; Top Model returned to an audience of 5.15 mil, down just a hair from the previous cycle's opener. Gossip Girl had 3.65 mil talking, matching One Tree Hill's 2006 season premiere and faring a bit better than that Pussycat Doll search.

Just weeks before its Sept. 19 debut, Kid Nation is under siege. CBS' reality show, in which 40 kids from 8 to 15 years old have 40 days to build a society in a New Mexico ghost town, is fending off attacks from state officials and one angry parent. Janis Miles, whose daughter, Divad, appeared on the show, accused producers of borderline abuse and neglect. CBS shot back in a statement that Miles' claims are "distorting the true picture of the Kid Nation experience, about which the overwhelming majority of kids are highly enthusiastic and happy."The controversy started several weeks ago, when the New Mexico Children, Youth &amp; Families Department received a letter from Miles that said her 11-year-old daughter was burned by hot grease while frying a meal and that at least two kids drank bleach from an unmarked bottle, all with no adult supervision. (Another participant, Kelsey, told TV Guide she burned

One Nation, Under Fire: CBS Stands by Its Kid

CBS' fall reality series Kid Nation continues to have a shadow over it, as the attorney general in New Mexico, where the show was taped, reviews complaints raised by at least one tyke's parent and the question of whether state child-labor laws were exploited. In a statement cited by Variety, CBS maintains that Kid Nation &#151; in which unsupervised rugrats are let loose in a ghost town &#151; "was filmed responsibly and within all applicable laws... at the time of the production." ("At the time" being the key phrase, as New Mexico has since modified the number of hours a minor can work in such a production.) The legal hiccup does not yet seem a threat to Kid Nation's Sept. 19 premiere.

Sunday's Big Brother enjoyed its largest Sunday audience of the season, delivering 7.7 million viewers.... Food Network and Cooking.com are partnering on an e-commerce site also offering product reviews, tips and product videos (but no Giada swimsuit posters). FoodNetworkStore.com launches Oct. 1.... "Kids' WB" on The CW has added Skunk Fu!, an animated series that's superpopular in the U.K. and Down Under, for the 2007-08 season.... Texas Hardtails alum Debbie Beal is among the ladies vying for the honor of Spike TV's Sexiest Bartender. Cast your vote here.... Would you let your kid participate in CBS' Kid Nation? Vote here. 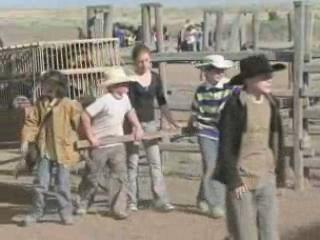 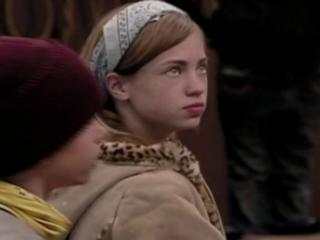