The high-school adventures of the Greek hero after he's enrolled in Prometheus Academy by his father, Zeus. Herc learns there's more to growing up than fighting monsters. Tate Donovan and James Woods reprise their animated roles from the 1997 film.

After developing a large hero-worshipping following with 1995-to-1999's syndicated campfest Hercules, then as Gene Roddenberry's starship commander on 2000-to-2005's Andromeda, Kevin Sorbo is now trying his hand at the cowboy genre, as a preacher turned bounty hunter in Hallmark Channel's Avenging Angel (premiering Saturday at 9 pm/ET). TV Guide: This sounds like a dark Western. Kevin Sorbo: Usually Hallmark is sort of along the lines of G movies, but I'd give this more like a PG-13 &#8212; I think this is a big step for them. It's Pale Rider meets 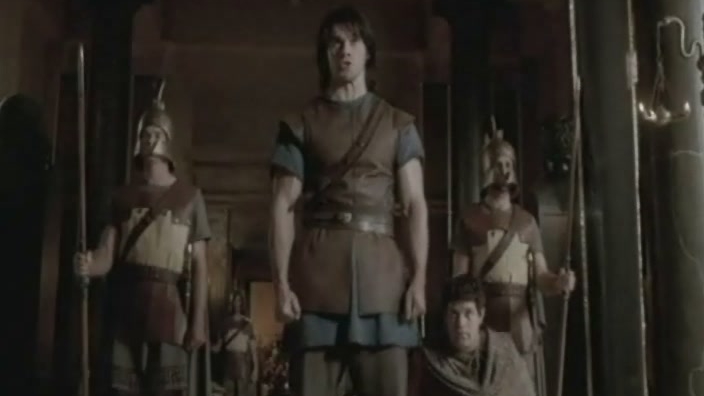